This post was written yesterday, as when it is scheduled to be published, we will be busy spending our anniversary together!
Eight years ago today, having known each other for a short while (more about how we found each other here), we officially became a couple. Although when we met we both had an immediate sense of belonging to the other, and both had a strong feeling that we wanted this to be for a very long, I can honestly say the past 8 years have been a million times happier and more wonderful than I ever could've anticipated. Here is a quick look back over what the past eight years have brought us....

2004 - We met! Young, naive and rather silly! My best memories of our first year together are mainly of just having so.much.fun - I was a first year student in a brand new city and together we explored all that Leeds has to offer! We also learnt how deal with long - distance love, as our time together was limited to weekends and university holidays. We did, however, spend an incredible New Years Eve / Hogmanay in Edinburgh, and danced the night away in a muddy field under the beautiful fireworks at Edinburgh castle! Later in our first year together we also went abroad together for the first time, to visit Amsterdam, the place we both realised this was the girl we wanted to marry. Sarah also came out to her parents, when we had been together about a week, on her 20th birthday!

2005 - We celebrated Sarah's 21st birthday in Paris, a week after our first year anniversary. 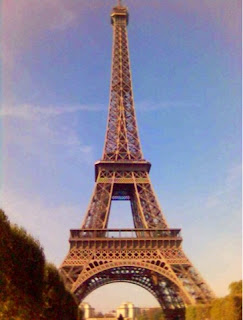 I also began my midwifery training, so time at uni became more intense and time together became less frequent. I have really sweet memories of writing letters, sending parcels, chatting late in to the night to each other, and catching snippets of time together whenever we could. I think this time apart for my first midwifery year made us so much stronger, and taught us that love really is working hard for, when it's your soulmate. We had to cope with the death of Sarah's beloved granddad, and her family pet Toby. We also visited London and Brighton for the 1st time, places that are now two of our favourite places in the world!

2006 - My second midwifery year began, and S made the huge decision to move up to Leeds so we could live together. It was amazing - our flat was so tiny, but we covered it in flowers and rainbows, it was ours and it was perfect!  It was amazing living together after two years of long distance, and Leeds is an incredible place. We learnt so much in this time, about each other, about ourselves, about how we function together and how much happier life is when we get to come home to each other everyday. We learnt how to look after each other, and how to cook amazing food! Its funny that my (L) parents still don't know we lived together in Leeds - but thats another story for another day!

2007 - Final year of midwifery. Gosh we worked so hard! S worked incredibly long hours to support us through this year, and for this I will always be endlessly grateful, and I did my best to get a good degree, and then managed myself a job for post qualification. I got a first degree, so it paid off, and got myself a job in the hospital I'd wanted to work in for a very long time. We were also very lucky to be able to travel to Malta, to Sitges / Barcelona for mini holidays, and spent L's 21st seeing Phantom Of The Opera in London's West End.

2008 - We moved back to the Midlands. Unfortunately this also meant moving back in with our respective parents so we could work, work, work and save for a house deposit. Having a place to call ours was always very important to us, and I'm really glad we persevered and got through it. We went back to good old fashioned dating - finding new restaurants, going out for cocktails, long weekends away to lots of UK cities...it was hard work to feel like we'd gone backwards but we made it work because there has never been an alternative, we belong together.

2009 - Not much happened - we continued to work as hard as could for our house fund, with Sarah leaving her job in fashion and starting work for a buddhist charity. We got tattoos to mark our 5 year anniversary! And spent a wonderful New Year in Birmingham; we stayed in a city centre apartment with amazing views of the city, went out for a gorgeous dinner, and saw in the year that would see us finally settled in our own place....

2010 - We began looking for houses on the 2nd Jan, then I got ridiculously ill with swine flu and was in bed for three weeks! Then completely ignored my parents instructions not to leave the house while they were at work as I was still rather poorly, picked S up and drove in the snow to see the house we ended up buying. Some things are just worth it, aren't they?! We finally moved in to our beautiful home on 7th May 2010, the same day the Tories beat Labour in the general election and formed a new government (with the Lib Dems etc etc). We witnesses L's parents re-affirm their vows and love for each other in Malta after 25 years of marriage, a very lovely and inspiring love story right there!

2011 - It was about time we made a promise to be together forever, and got engaged in Brighton, on 19th March (engagement story here). We also became mummies to the cutest baby spaniel cross that ever lived.. Willow! Last year was one of the best so far, not only because we finally had beautiful diamonds on our fingers and our baby dog came into our lives, just because we seemed to reach a whole new level of happiness together. Everyday just seemed to bring us more love, more happiness, and so many giggles. We really are blessed to have found our everything in another person.

2012 - Wedding plans, wedding plans, wedding plans! We have continued to work as hard as is humanly possible to save and plan for our big day, and continue to marvel as our love and happiness together grows with each month that comes round. All of the big things, and all of the 'nothingy' days just curled up on the sofa together have become days that I will treasure forever. I am more in love with her than I ever believed it was possible to be. This year we have made some incredible friends, seen the olympic flame pass through our city, watched the Olympics in our home country, celebrated an amazing Diamond Jubilee, I have moved jobs and moved back again to my old one (!!) So all in all not a bad year so far!

This will be our last anniversary as fiancees, as on our next one we will be married! Its amazing to look back on the past eight years, as it seems crazy we have been together for so long but at the same time it seems strange to think there was a time when we weren't in each others lives. 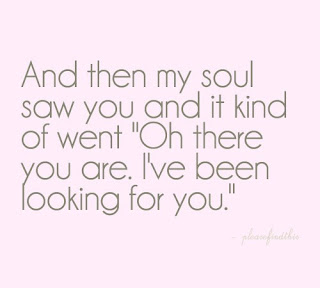