. . . Although our street is still looking very autumnal, which we love! 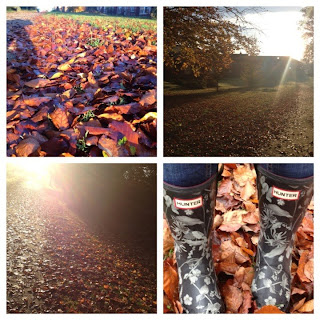 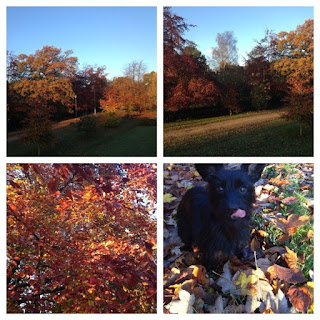 This week we used our day off together feeling very festive!
We had earlier in the week bought our bridesmaids dresses, by chance in an online sale for Debenhams. We were safe in the knowledge that the dresses could be returned if unsuitable, but the dresses look absolutely amazing on all three of our bridesmaids, plus cost us around a third of what we were fearing to pay for them at bridal shops.
So on Tuesday, we decided to visit newly opened Wrap Chic in Birmingham city centre, which is a mexican/indian fusion cafe selling wraps and burritos with indian fillings, plus traditional indian drinks such as masala chai tea. We were surprised to see that the cafe was in the same premises as a tea room we used to love, so hopefully its 'hidden gem' location won't hinder it! Being a big fan of both indian and mexican food, we went along and weren't disappointed! We opted for paneer burritos (filled with indian paneer cheese, rice, beans and salad), and mango lassi (a kind of yoghurty indian smoothie thats great with spicy food for cooling you down!) The service was also really friendly, and we will definitely return here. We didn't take any photos as we were too busy enjoying the food! I only discovered Wrap Chic due to them following me on twitter, so I made sure to tweet them telling them how much we enjoyed the food!
After our food, we walked back to Birminghams Bullring shopping centre, stopping to admire House of Frasers christmas window displays - the store was where I worked when I left school, so have fond memories of the store, and the beautiful christmas windows, although, again no pictures as it was raining!
once in the Bullring we had fun looking at all the Christmas decorations in the stores, and purchased things from Selfridges and m&S. We were also super impressed by the huge silver snowflake strings that hang in tree shapes down the entire 3 floors of the Bullring and are lit up after dark! 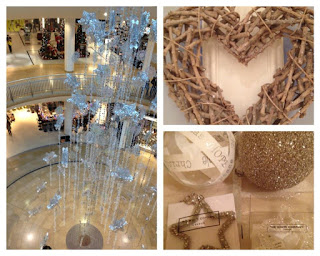 We then had Starbucks gingerbread lattes and ginger loaf in Selfridges, with a very festive view of one of their Christmas displays! 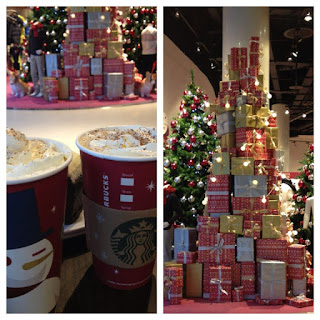 This Saturday me (S) , my cousin Nicola, and our mums (who are identical twins, L's mum is also a twin!) went into Birmingham for their annual Christmas parade and light switch on. We were sad L couldn't come along as she was working, but sent her regular picture messages!
We love Birmingham at Christmas, they really make a lot of effort - there are some beautiful areas around the city centre, that look even better with Christmas lights! The parade is traditional, and doesn't feature a celebrity. I like the fact that everyone is there to get in the festive mood, rather than to catch a glimpse of someone famous. Thanks to my cousin getting their early and using her baby daughter and pram to reserve a front row spot for us all, we had prime view! The parade featured amongst many floats, wise men on real camels, giant walking candy canes, a brass band, and of course Santa himself pulled by real reindeers! 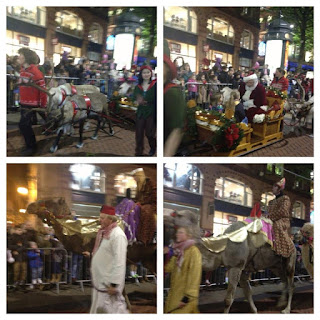 After the parade, we walked up to Victoria Square, home of the impressive council buildings, and the large fountain, and at Christmas, a beautiful carousel and enormous christmas tree. A giant screen showing carol singers from various schools around Birmingham was a cute addition. Our favourite part though had to be the huge snow machines which made it look like the whole of Birmingham was under a snow shower! 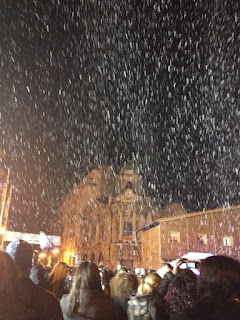 Feeling very festive, and with bags of roasted chestnuts, we made our way home, where we saw the first showing this year of the Coca Cola Christmas advert! As everyone knows, its definitely getting close to Christmas when 'holidays are coming'! 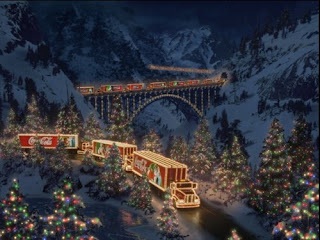 Next week the famous Birmingham Christmas Market starts which we are really excited for. Even walking past it on my way home from work puts me in a good mood!