This is our one hundredth post! It's strange to think that we had only been engaged a few months when we started this diary, and now here we are as a married couple! (We apologise for the picture quality - we were rather late to the party where social media was concerned, so most of our early pictures aren't online but in scrapbooks, so we had to photograph the photographs!).
For our 100th post, I wanted to look back on our relationship, and how we felt when we had known each other:

100 seconds (September 2004)
Within two minutes of meeting each other - so this was pretty much our first impressions! I was late, trying to end a phone conversation with a friend, and paranoid because I'd just had a really drastic haircut! (L hasn't really changed over the past 9yrs except to get more beautiful, whereas my hair has been ridiculously long to a couple of inches long, and brunette, black, purple, red and blonde!) We met up after being put in touch by a mutual friend, at the Bullring Bull statue at the foot of the Rotunda building in Birmingham city centre, on a summer Saturday evening in 2004, and she stood out to me from the crowds. She was so sweet, and so beautiful, wearing jeans and a pink tshirt, with stunning long red hair, and she captured my attention, and shortly after, my heart!

100 minutes (September 2004)
Just over an hour and a half into our first date. By now we had moved from busy city centre pub The Square Peg to a popular at the time, now closed, gay bar, Angels. The conversation did not stop flowing, and we had both pretty much fallen for each other at this point, and later found out we were both considering kissing the other, but were unsure if it would be reciprocated! 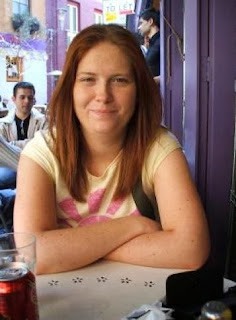 100 hours (September 2004)
We had known each other for just over four days. We were both at very different places in life - my life was very much about my friends (a shambles of rockers and hippies!) and going to gigs/bars, and L was about move to Leeds, 100 miles away to start a degree in medicine at university, but we both knew we wanted to continue seeing each other. It was funny that it was never a case of "oh this is going to be long distance, can / should we make it work?" it was never a question that it wouldn't work. Even from then we felt we belonged together, and that feeling has never changed. 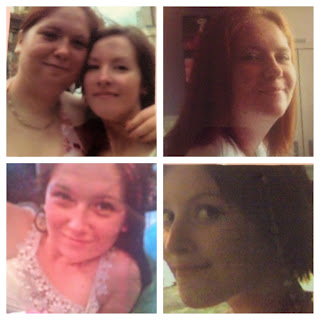 100 days (January 2005)
We had known each other 3.5 months, and been a couple for about three months by this time. We had shared my 20th birthday together, our first Christmas, and our first New Years was spent in Edinburgh at the amazing Hogmanay celebrations, watching Blondie play, dancing together and then cuddling as the fireworks exploded in the sky to mark the new year, with the gorgeous background of Edinburgh
Castle. 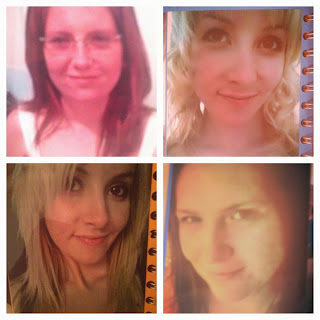 100 weeks (August 2006)
Just under two years later. During that time we had been on our first trip abroad together, to Amsterdam in 2005, which was the place we first knew we wanted to marry each other. We also travelled to Paris for my 21st birthday, and to Malta to visit L's family. L had also moved from a medicine degree to a midwifery one, and we had been together around 100 weeks when I moved to Leeds so we could live together. In Leeds we shared a ridiculously tiny one bed flat, but to us it was a palace - we worked hard to make it beautiful, and we loved our first home and living together with as much passion as we loved each other. The giant spiders that chose to hang out with us couldn't have been less welcome however!

100 months (January 2013)
By January of this year it is fair to say we had managed to cram a lot in to our relationship! We had moved from Leeds to Birmingham, lived with our parents for 18 months to save for a house deposit, bought our first house together in a beautiful part of South Brum, Willow entered our home and unfortunately never left again! And we learnt so much about life, parenting (thanks baby Willow), and most of all love. This culminated in the most beautiful of engagements (in our opinion!) in Brighton, in March 2011.

By the stage of being together for 100 months it felt as though we had always known each other, and that we had belonged together for all of our lives. There will never be anything, wonderful or awful, that we cannot get through together. We have been through uni, living together and living apart, loving long distance and living out of a box room together, family deaths and losing pets we had had all of our lives, first jobs, losing jobs, changes in career paths, other people wanting us and dealing with attraction from boys and other girls, becoming adults, growing as people and managing money. And through it all there was never anything in our heart, mind and souls but each other. We have our difference, and see strength in that, and we have our similarities too. But most of all we want 100 years together, 100 decades, 100 millenniums....we never ever want there to be a time that we won't be together, side by side and hand in hand.