Sarah and I celebrated our first wedding anniversary on the 4th July 2014. To mark one year since the most amazing day of our lives, and before we start our next journey that will make us parents, we wanted to have a big adventure together. We decided to explore somewhere we have always wanted to see - the west coast of the United States of America. Our route took us from Las Vegas-Yosemite-San Francisco-Monterey-Cambria-Los Angeles-San Diego. The next four of our posts will be the diary that we wrote as we were travelling. Before we flew, my Dad gave me a piece of advice; he told me to write myself a diary every night of what we had seen and where we had been that day, as there was no way we would remember it all at the end. He did this on a similar trip in his twenties, when he spent some time travelling around India, and proudly showed me his little pocketbook diary. We took his advice and it became something that we did together everyday. However, we want to transfer it to our blog as a permanent record of what became our best trip ever (honeymoon always excluded!)

Saturday 5th July - San Francisco to Monterey
Waking up in the arms of my wife, 48 floors above San Francisco was an incredibly beautiful and humbling moment. I think the main thought that is running through our heads throughout our trip is simply "I cannot believe this is real and we are actually here". We had a late check out (in hotel standards!) of 12pm, giving us time for lots of cuddles and time to enjoy the view from the amazing hotel. We got into the habit during our trip of having a late breakfast / early lunch, mainly pancakes or waffles, and then dinner in the evening. One of the things you have to factor in on a roadtrip is that you have to buy everything, right down to a bottle of water or cup of tea when you want one! So we decided to check out the much anticipated IHOP - pancakes and more pancakes, our kind of place! 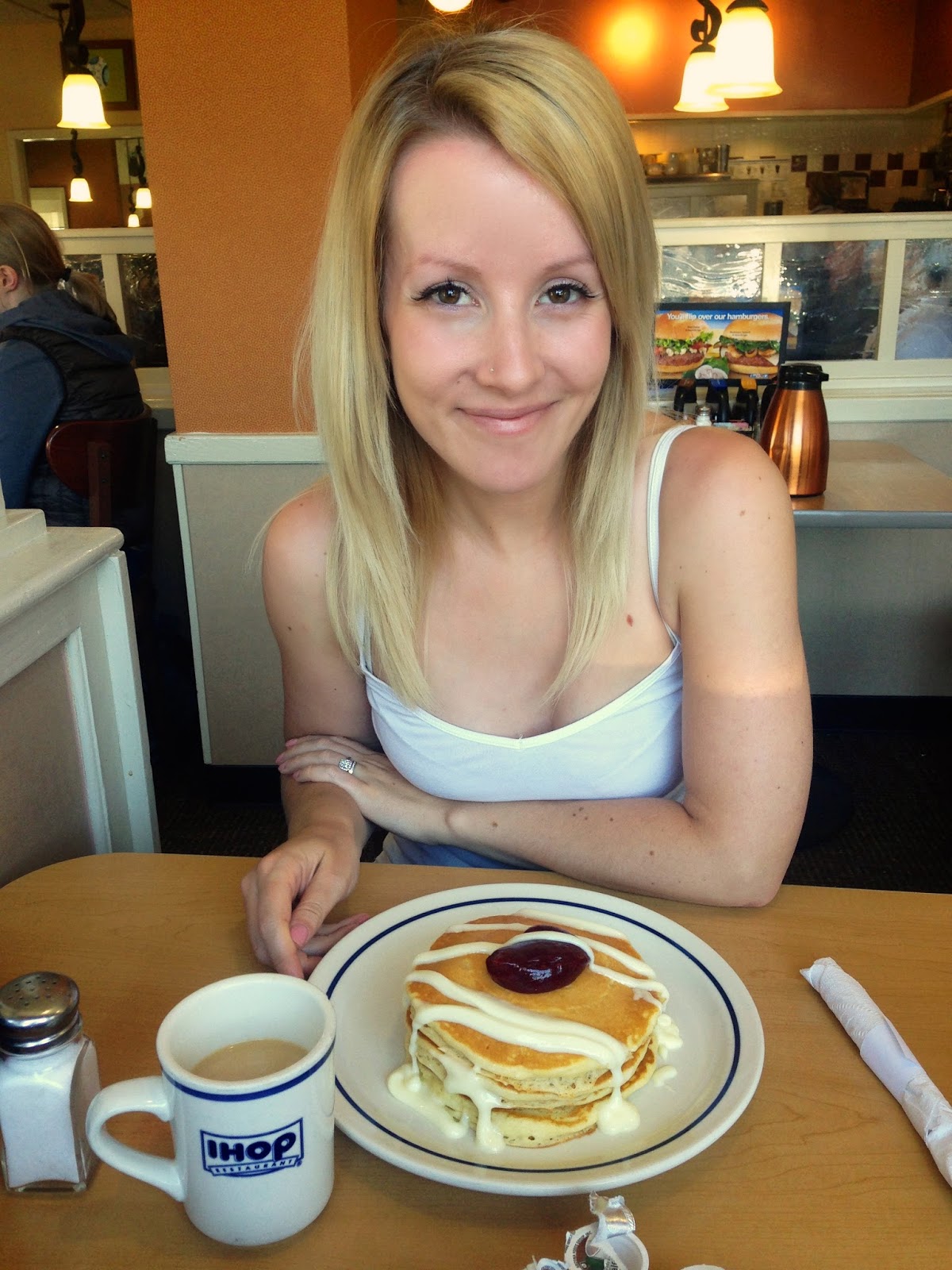 IHOP was brilliant and I am so glad we went, the pancakes were brilliant and the free refill on coffee was very welcome too. Whoever thought up jelly (jam for us Brits!) doughnut pancakes deserves some kind of pancake medal!

With very full tummies we left San Francisco for our next stop - Monterey. This was the first time we drove down the very famous Highway 1 / Pacific Coastal Highway. It was…pretty. Not amazing, but I am assured that the really really beautiful part comes further on down, past Monterey and towards Cambria. But we are so enjoying the times we spend driving together, with CDs on that Sarah has made, full of music that we like and is important to us, chatting, laughing, being with nobody but each other. It is so exciting leaving one place and wondering what awaits us at the next.

We arrived in to Monterey at about 5pm, after a decent four hour drive down the coast. Checking in to our budget hotel we were once again surprised that we would be provided with free parking, free breakfast and free wi-fi here. In addition, it seemed we had chosen a hotel in a perfect location; no more than a 7 minute walk down to the sea. We were very grateful to find that the sun had found it's way to Monterey, so decided to go for an evening walk to enjoy the beautiful warm sunshine. 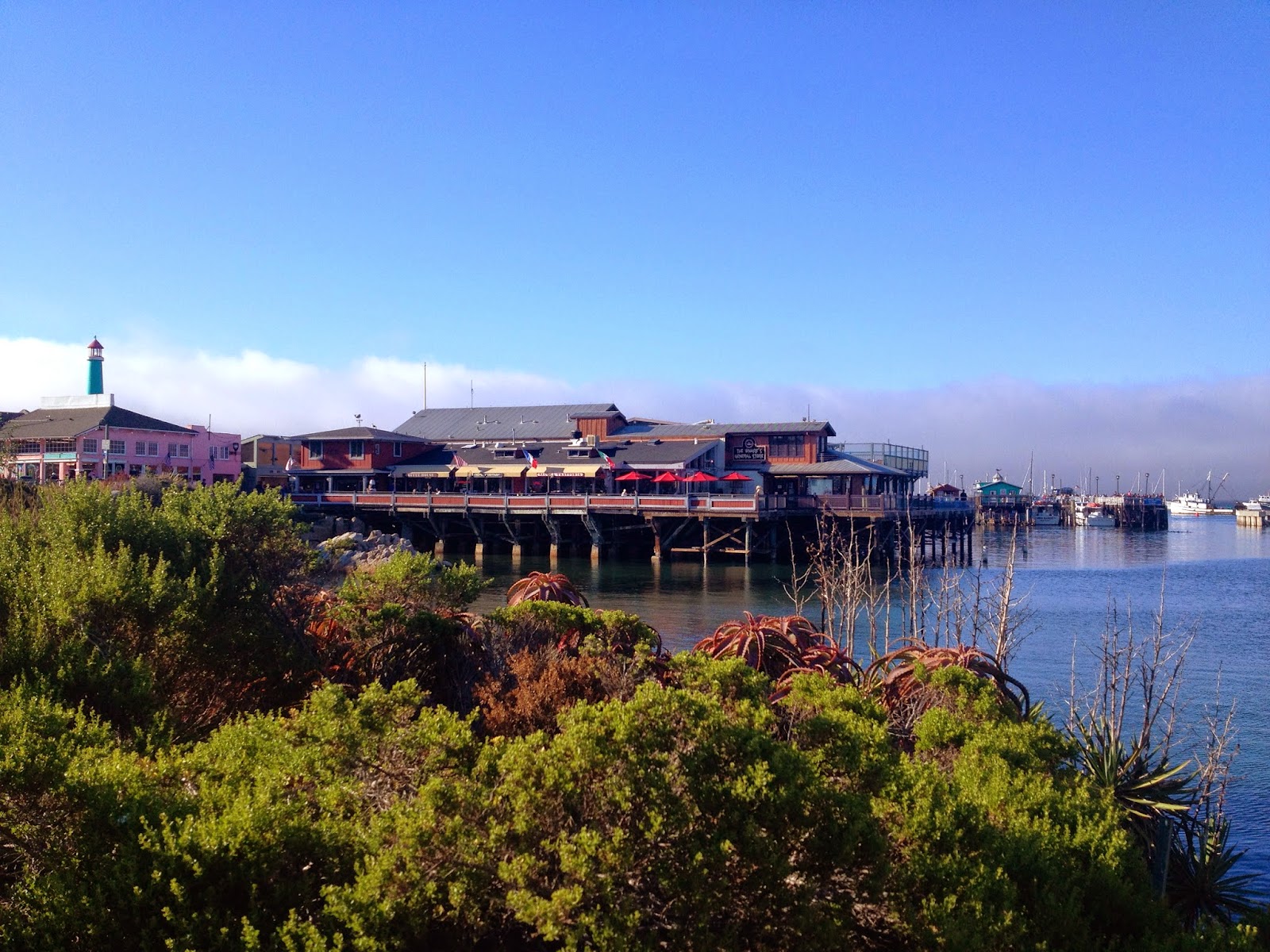 Making our way down towards the harbour we heard them before we saw them - sea lions! Loads of them, swimming around, diving in and out of the water, and barking their little heads off. We followed their sounds until we reached Fisherman's Wharf. Wow, what a place! Full of charm and beauty, unspoilt and authentic, Monterey is what I'd hoped San Francisco would be. The fisherman's wharf has tiny little independent shops selling fresh seafood, beach wear, clam chowder, and for some reason, even a little chocolate factory! Boats were moored off it ready to take travellers out to sea to whale watch, and it was surrounded by sea lions, pelicans and sea birds. 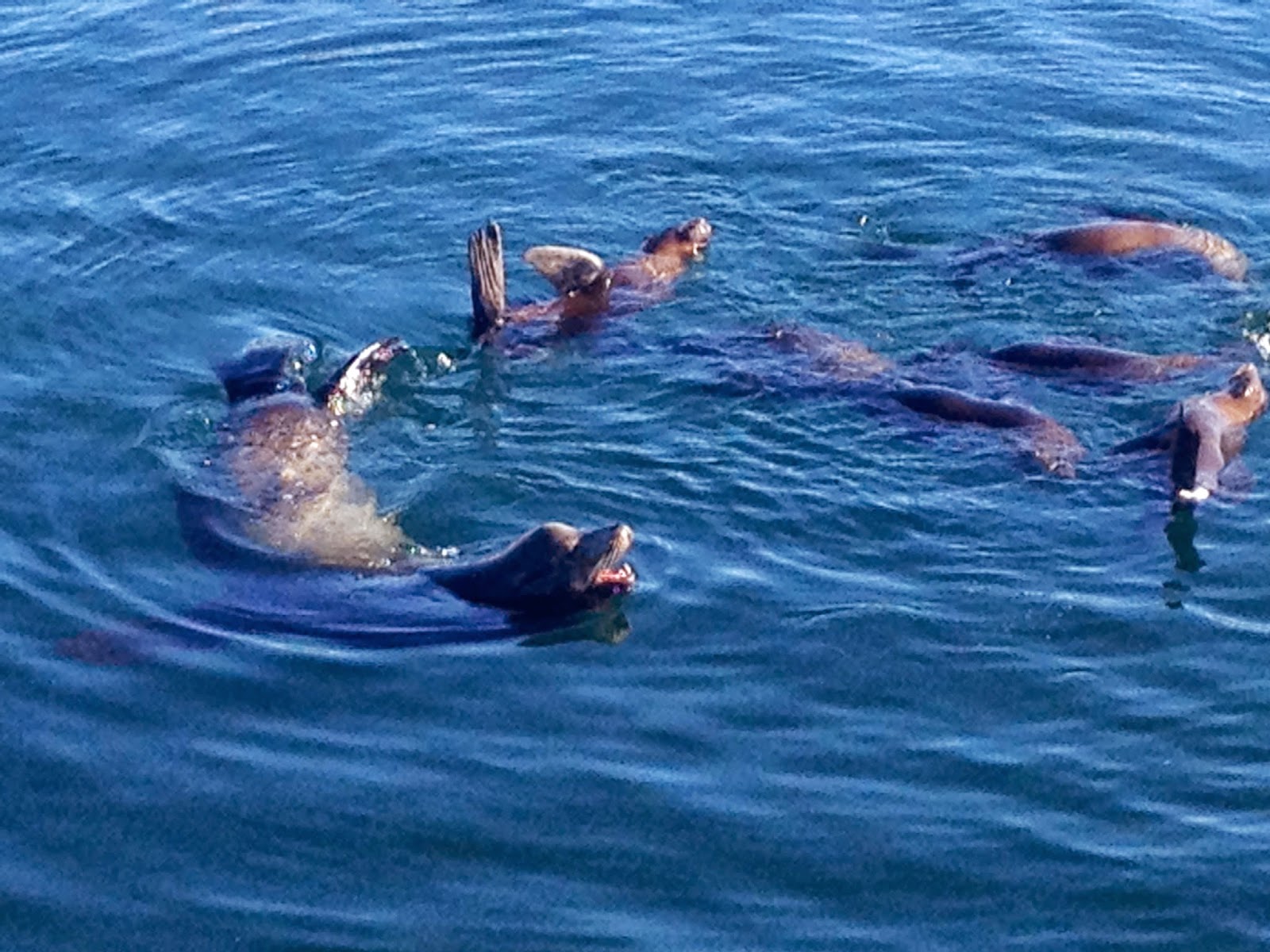 It was such a beautiful evening, walking along the pier with musicians playing for quarters, and such a wonderfully relaxed, happy atmosphere. We wandered around for a while just soaking up the events around us and enjoying being in such a beautiful place, before returning back to our room exhausted and very very happy.

Sunday 6th July - Monterey and Carmel
My goodness me we had to get up early this morning - 6.30am!! Before anyone shoots me we get up earlier than this for work every day but a) we are a childless couple and b) we are a childless couple on holiday! So 6.30 felt far too early. However it was for a very good cause - we were going whale watching! And the boat left at 8am so we needed to be up, showered, breakfast eaten and down to the harbour for 7:45. We were a little unsure what we would be able to see as the weather had changed back to what we had come to expect from California - fog. Lots of fog! But as we boarded the boat the captain told us that this was actually perfect weather to see lots of whale activity - apparently the fog and windy weather makes them more active!

The first thing we saw, about an hour in to the trip, was a pod of risso dolphins swimming alongside our boat and leaping out in to the water so that we could get a good look at them. Dolphins are known for being very curious and sociable creatures, and often like to 'show off' when they see a boat of humans - they certainly put on quite a show for us! 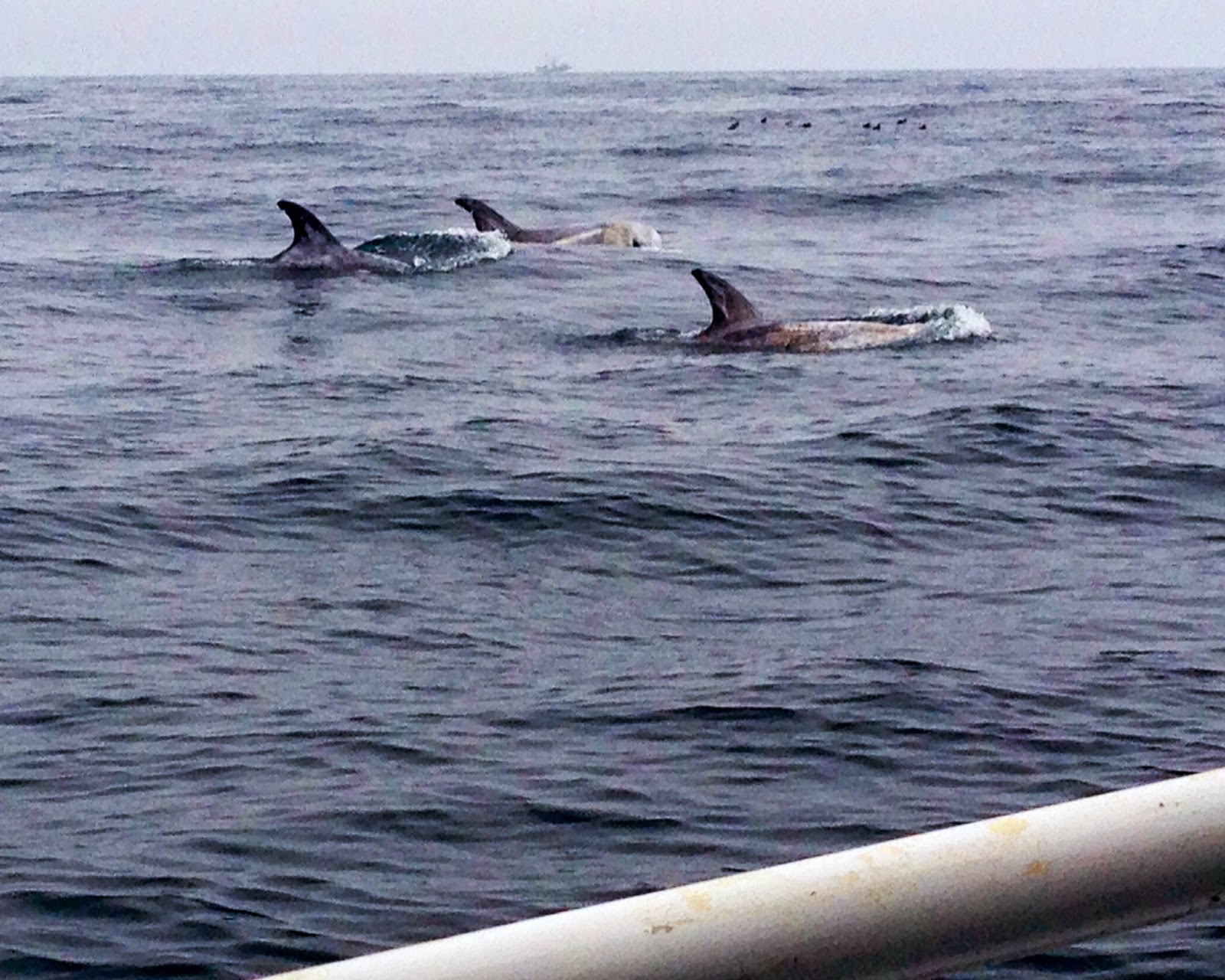 Further in to the journey the shoreline began to disappear and Lauren began to get a little uneasy as she was sure she was going to feel sick (she didn't!), but her nerves soon dissipated when the captain announced she had seen some 'blowing' far out in the distance - meaning we were near some whales! The captain stalled the engine and allowed us to bob along on the water (if you can call it bobbing - more like surfing the enormous waves!) until we started to see whales emerge out of the water. It took patience and endurance to both hold on tight to the boat and try to spot the whales but wow, it was worth it. We think we saw a total of about 11 whales, including two mummy and baby whale duos, swimming around and breaching so we could really see their sheer size. The captain estimated these beautiful humpback whales were about 40 feet long (adult!), with the babies growing 7 inches a day, and being sustained on nothing but their mother's milk. Amazing! 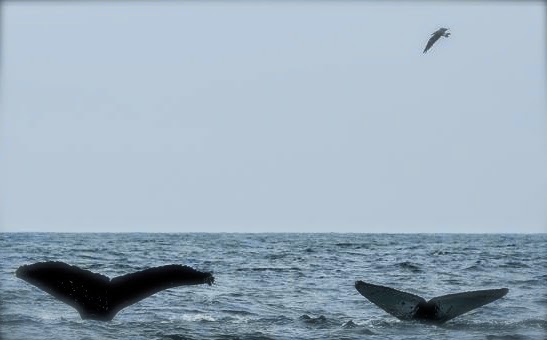 After a couple of hours watching these magnificent creatures we returned to shore line, rather cold but very exhilarated - it was a real dream come true for me, having been fascinated by the biggest mammals on earth since I was little.

Once safely back on dry land we warmed up with lots of hot tea in Starbucks and then got ready to head to Carmel, where we would spend the afternoon and evening. En route we opted to pay the $10 fee to drive around the 17 Mile Drive - a scenic road through Pebble Beach and Pacific Grove, much of which hugs the Pacific coastline. It passes beautiful mansions, golf courses and the famous lone cypress tree, which stands alone on a rock in the sea, and is the most photographed tree in the USA. It was a fun way to spend an hour, as the road twisted and turned and we dreamt of which house we will buy when we win the lottery!

And then we reached Carmel, a small town that resembles a small Mediterranean village perched above an expanse of beautiful coastline. Again the sun had managed to come from behind the clouds so were were able to enjoy a late afternoon stroll around this quaint little place, famous for it's arts and beautiful architecture. For the evening I (L) had planned a surprise for my beautiful wife. I had told her I wanted to walk along the beach at sunset, which she didn't find uncommon as it's a very 'us' thing to do - but in actual fact I had arranged for a beach fire to be set up for us, complete with a picnic basket packed with a gorgeous vegetarian picnic, s'mores kit and flask of hot chocolate. We sat on the deserted beach as the sun began it's descent behind the horizon and enjoyed the sounds of the waves lapping and eating beautiful food. Sarah told me that night that if we weren't married already, she would have asked me that night. It was just so perfect! 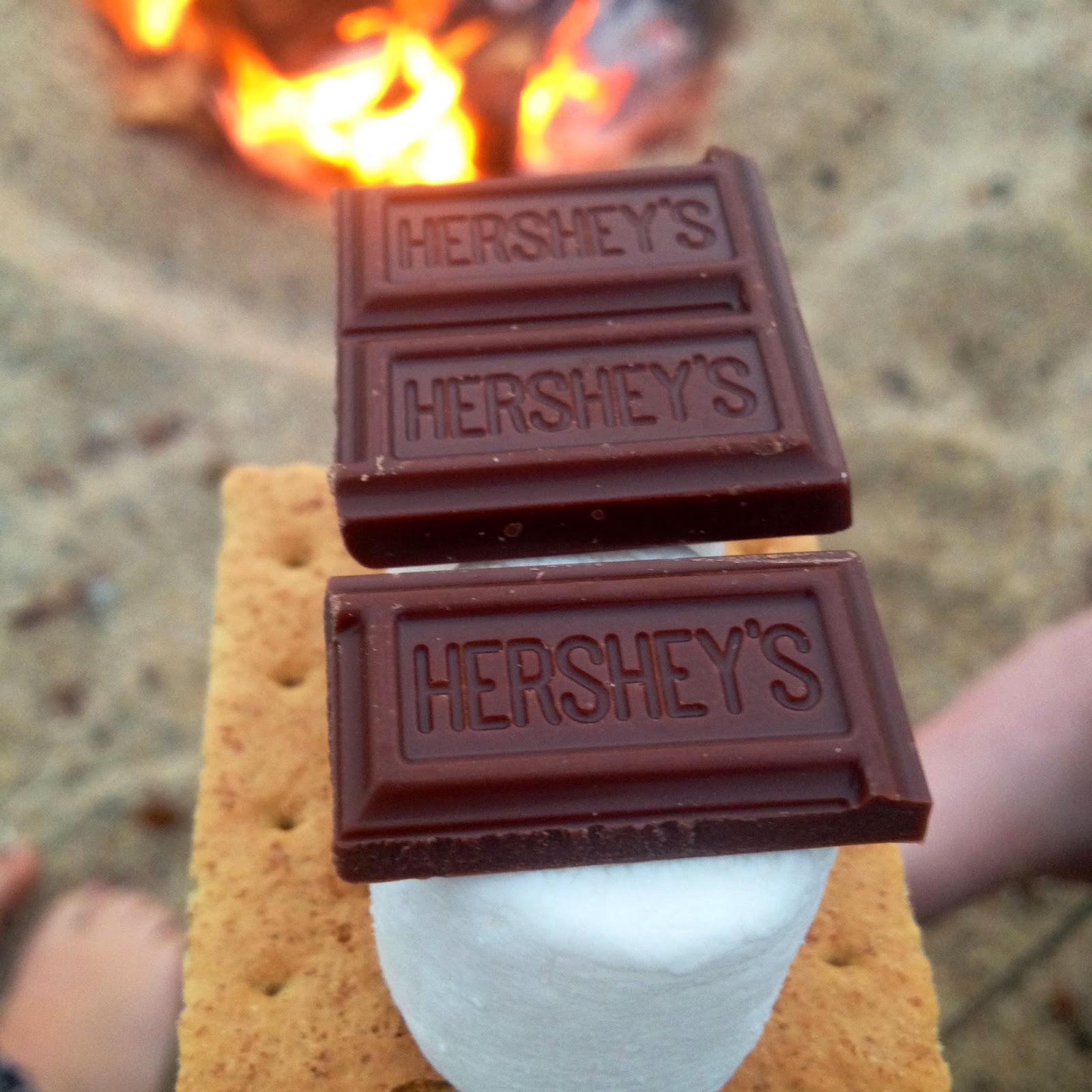 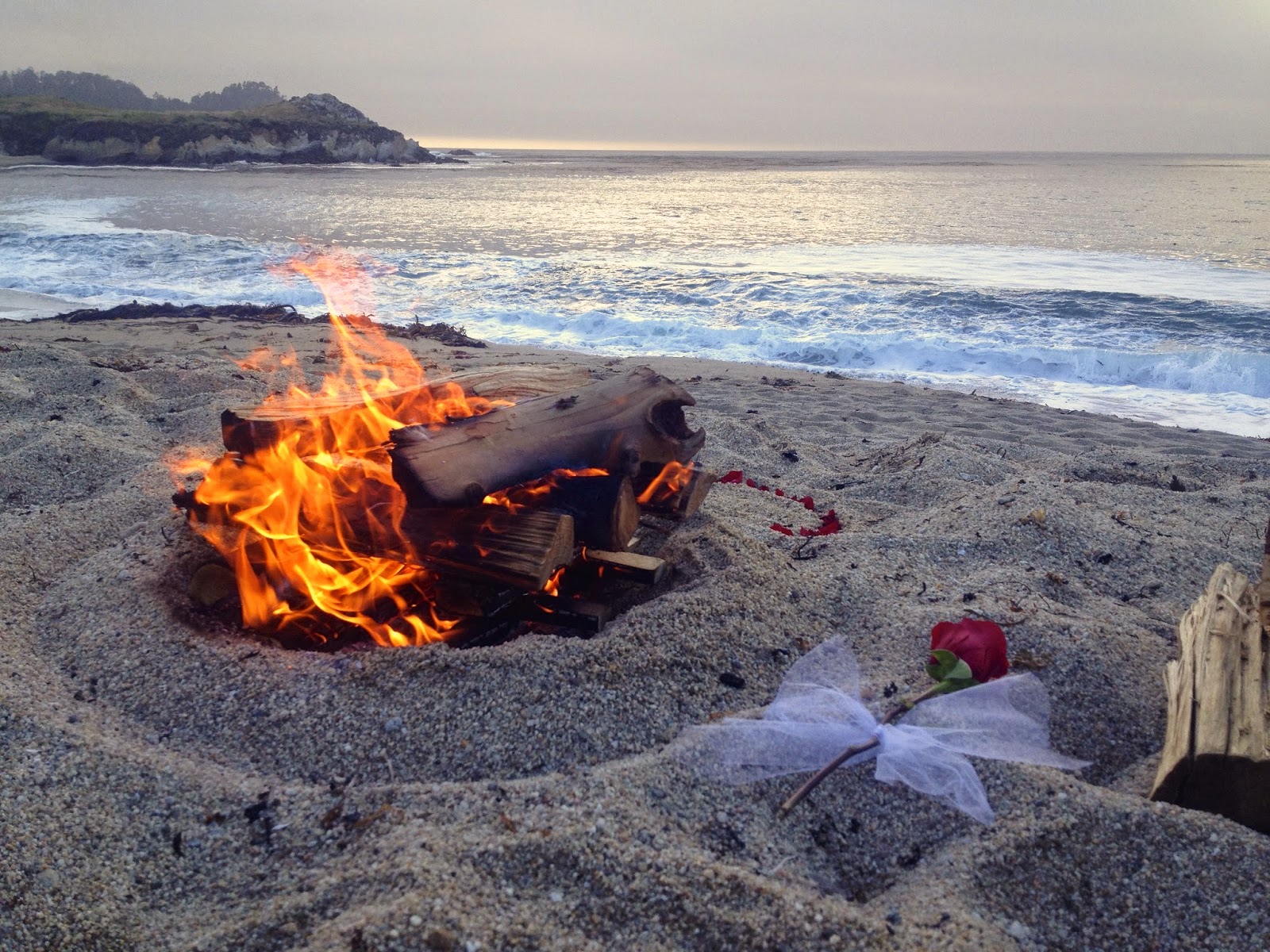 Monday 7th July - Monterey to Cambria
Today felt like a very anticipated day on our journey - as we would finally experience the Pacific Coastal Highway. One of the top ten car drives in the world. (Incidentally also in that list is a drive in Wales we did by accident last year!). We planned to visit Monterey's famous aquarium - big, beautiful and ethical, committed to conservation and not so much to tourism sounded like our kind of place. Unfortunately the huge queues to get in put us off before we set off on a long drive so instead we had a brief walk around the cannery, old sardine factory and said goodbye to the beautiful fisherman's wharf before leaving Monterey and heading down the coast.

Driving through the mountains, with the gorgeous heights of mountains on one side of us and the beautiful coastline on the other is an experience I doubt we will ever forget. At times the fog obscured the view of the coast but at others we could see nothing for miles and miles but sea. I wish we could go back and drive it all again tomorrow, it was so beautiful, and so much to take in! The winding little roads took us through mountains, over bridges including the famous Bixby Bridge, climb up high and then descend back down the other side, and over miles and miles of beautiful coastline, including many that have become home to elephant seals - it was amazing! Sarah and I have a deeply routed love and appreciation of the natural world, and the sights we saw today were just out of this world. I can't describe it! Beautiful. 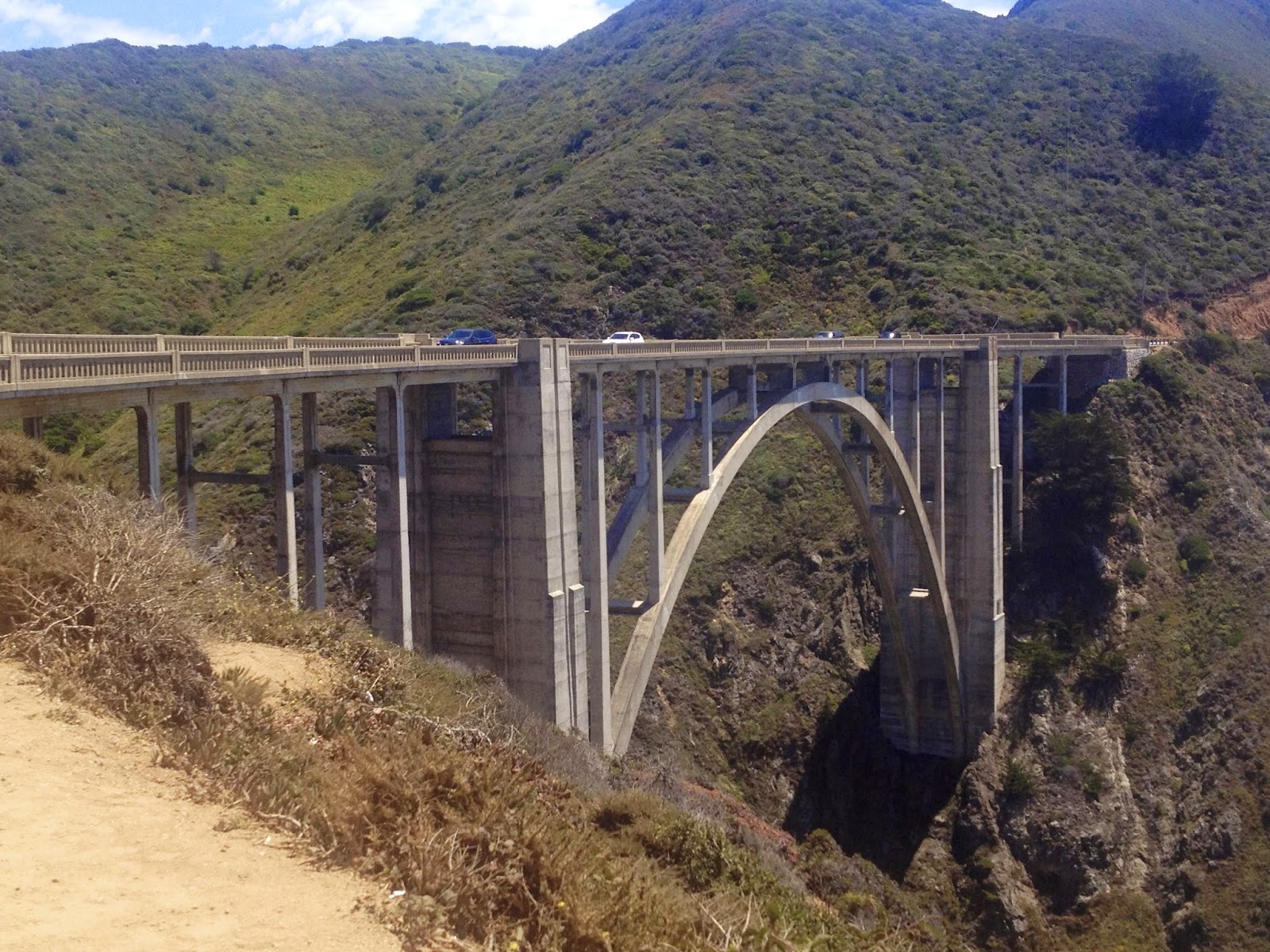 We reached Cambria around 4pm and not really knowing much about the place, aside from that it is on the coast and about half way between Monterey and Los Angeles, we were surprised to find just how tiny the place is. There's nothing there! But it was peaceful and a perfect place to have a nice night in together and catch up on some much needed sleep - road trips are exhilaratingly exhausting! We were given a very beautiful room with a beautiful sea view, and opted to find a nearby Whole Foods for dinner, and again enjoyed a gorgeous picnic of olives, salad and vegan goodies before getting in to bed, listening to nothing but the sound of the waves. Our time in these three places had been beautiful - with pretty coastal towns and lots of wildlife, and were really relaxing. Peaceful perfection! 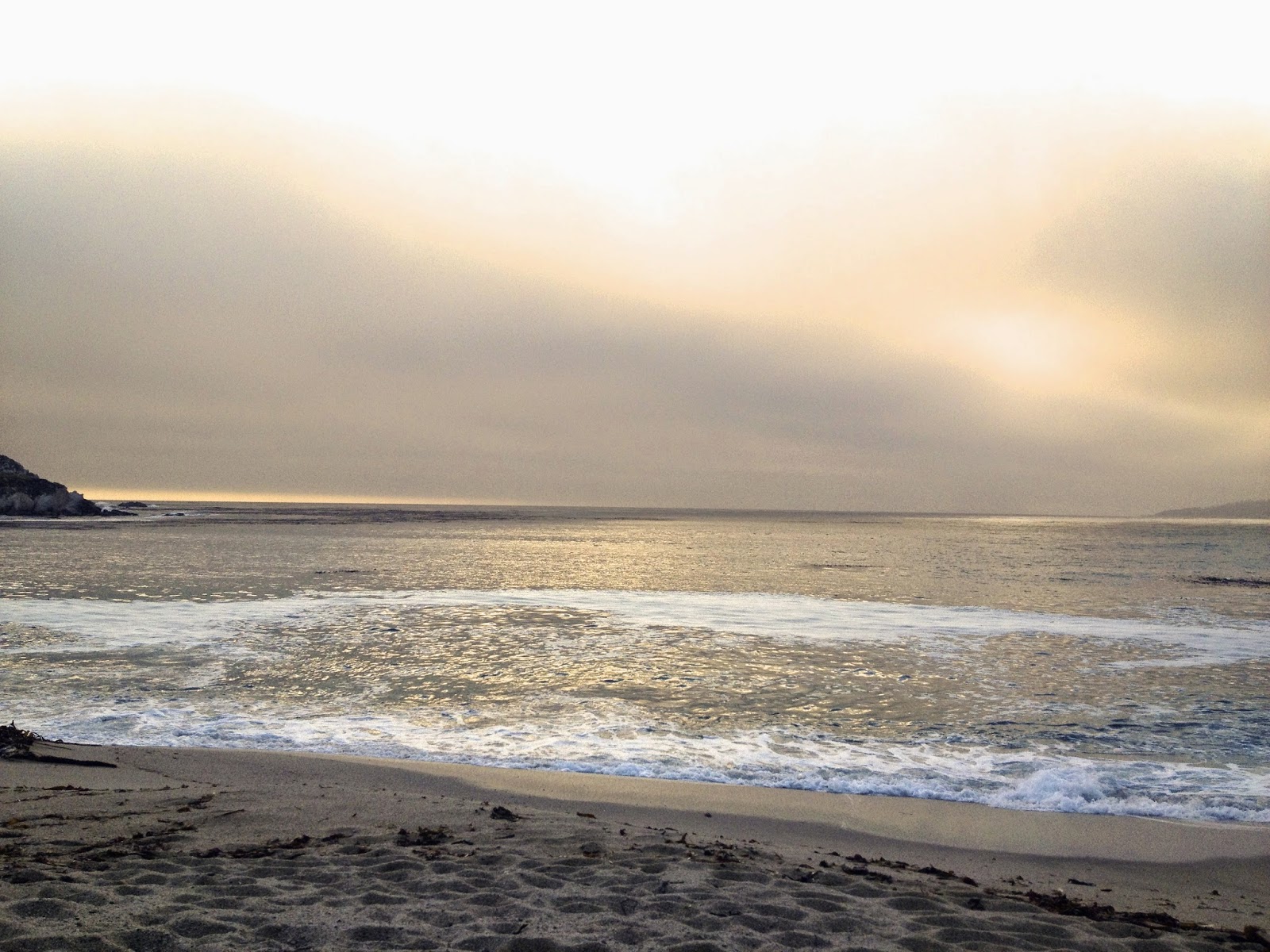