Sarah and I celebrated our first wedding anniversary on the 4th July 2014. To mark one year since the most amazing day of our lives, and before we start our next journey that will make us parents, we wanted to have a big adventure together. We decided to explore somewhere we have always wanted to see - the west coast of the United States of America. Our route took us from Las Vegas-Yosemite-San Francisco-Monterey-Cambria-Los Angeles-San Diego. The next four of our posts will be the diary that we wrote as we were travelling. Before we flew, my Dad gave me a piece of advice; he told me to write myself a diary every night of what we had seen and where we had been that day, as there was no way we would remember it all at the end. He did this on a similar trip in his twenties, when he spent some time travelling around India, and proudly showed me his little pocketbook diary. We took his advice and it became something that we did together everyday. However, we want to transfer it to our blog as a permanent record of what became our best trip ever (honeymoon always excluded!)
This is the last part of our diary from our trip:

Friday 10th July 2014
After a pleasant, sunny, drive, we arrived in the sea side town of La Jolla (pronounced La Hoi-ya) in San Diego, where we would be spending our final two nights of our trip.
We were checked in to our hotel by a lady who was very excited that we were celebrating our first wedding anniversary, checked us into her favourite room, and gave us lots of recommendations. (We didn't have the heart to tell her we had already planned our time in La Jolla!) Our room was indeed beautiful, with a sweetheart pattered balcony over looking a palm tree lined beach.
As we were tired from our drive, we decided to relax on the balcony and watch the sunset- and listen to the sea lions! 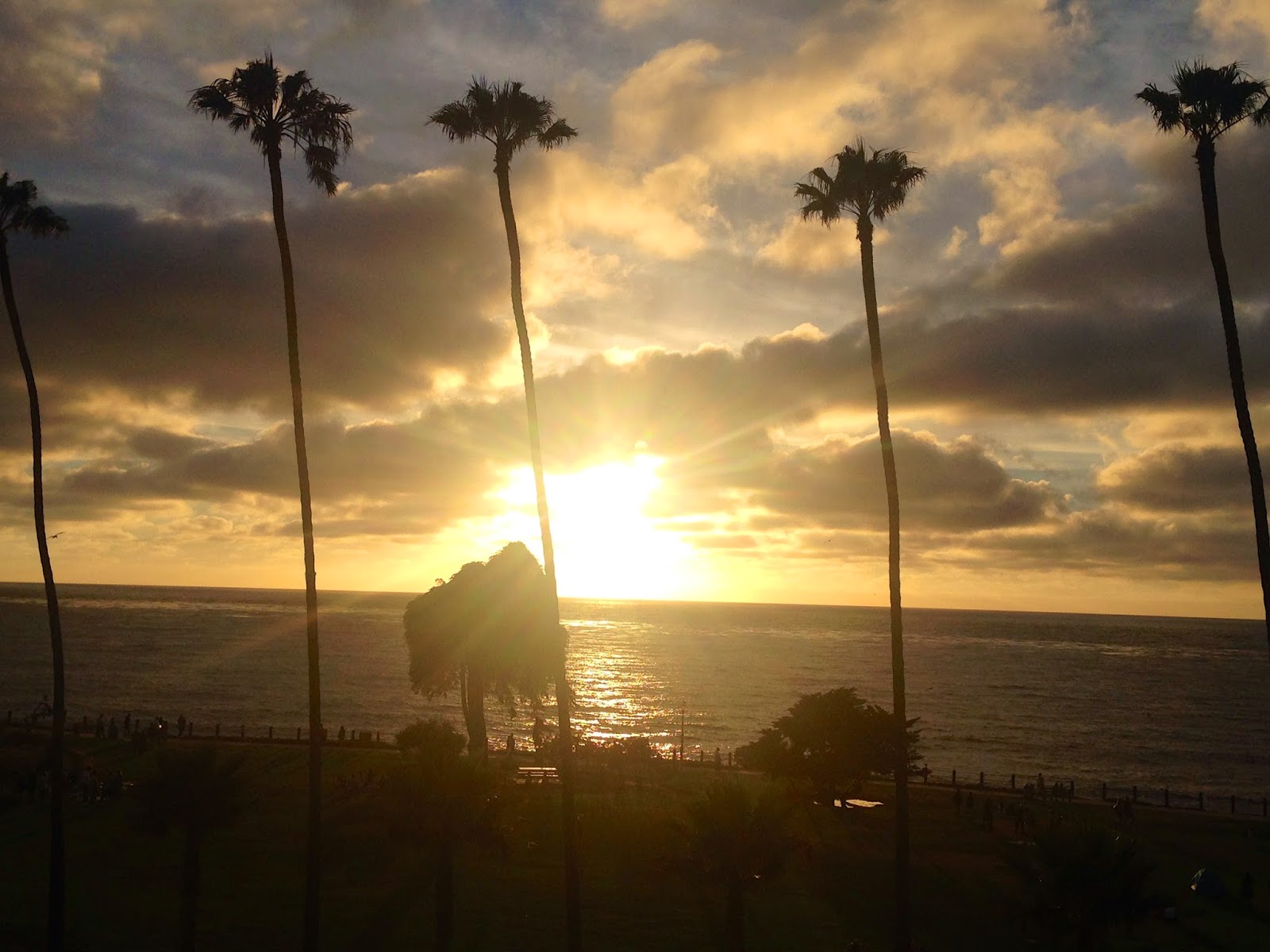 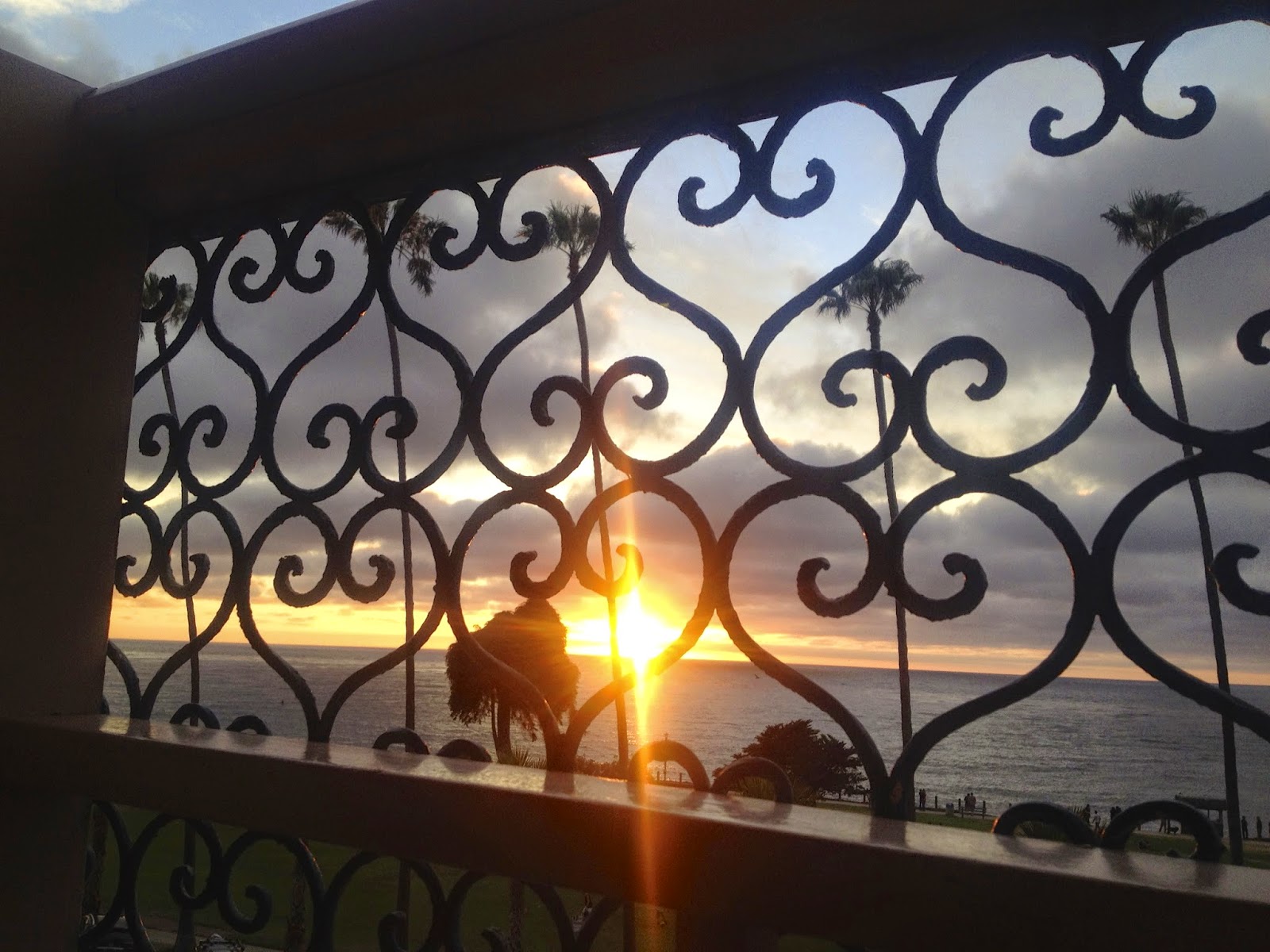 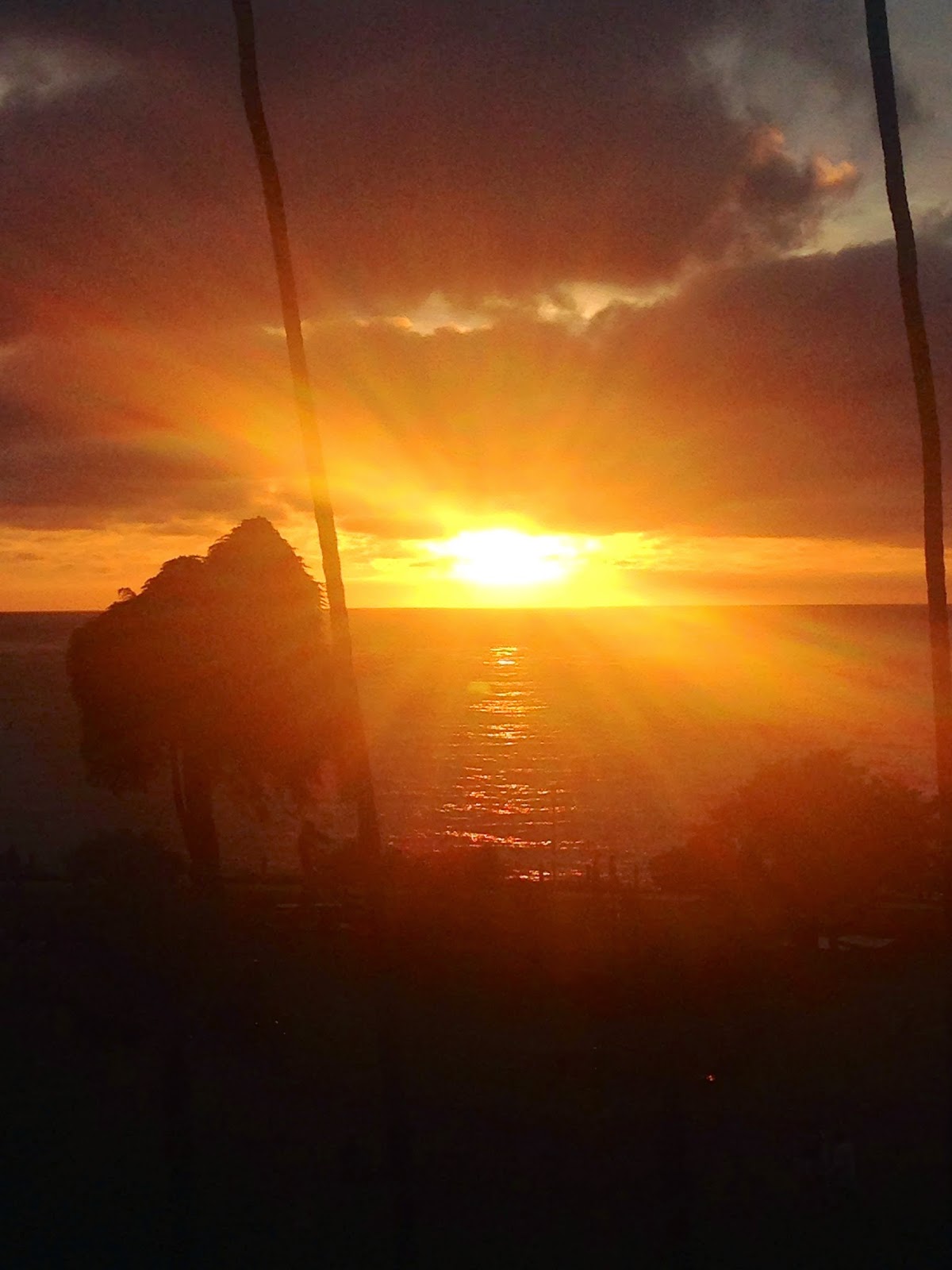 For dinner we wanted somewhere easy and casual - and were very happy to find out there was a branch of Veggie Grill in San Diego! Having visited twice in Los Angeles and loved it, we couldn't turn down the opportunity to go again. It turned out it was in a gorgeous shopping centre, that was lit with dolphin themed water features, with lots of day beds and lounge furniture dotted in front of the now closed stores. We had such a fun, relaxed evening!

The next morning we decided to go to Walmart and stock up on some of our favourite US foods! We picked up some items for my brother, who loves the  US food we can occasionally (and expensively) get in the UK, plus made a s'mores kit for Lauren's best friend who has been dogsitting Willow for us. Plus erm, a few items for us! Coconut Oreo Fudge Creams and Butterfinger bars are amazing! We only get original flavour Oreos in the  UK, and Pop Tarts are about $12! I also picked up some cosmetics from Walgreens that are cheaper in the US too. 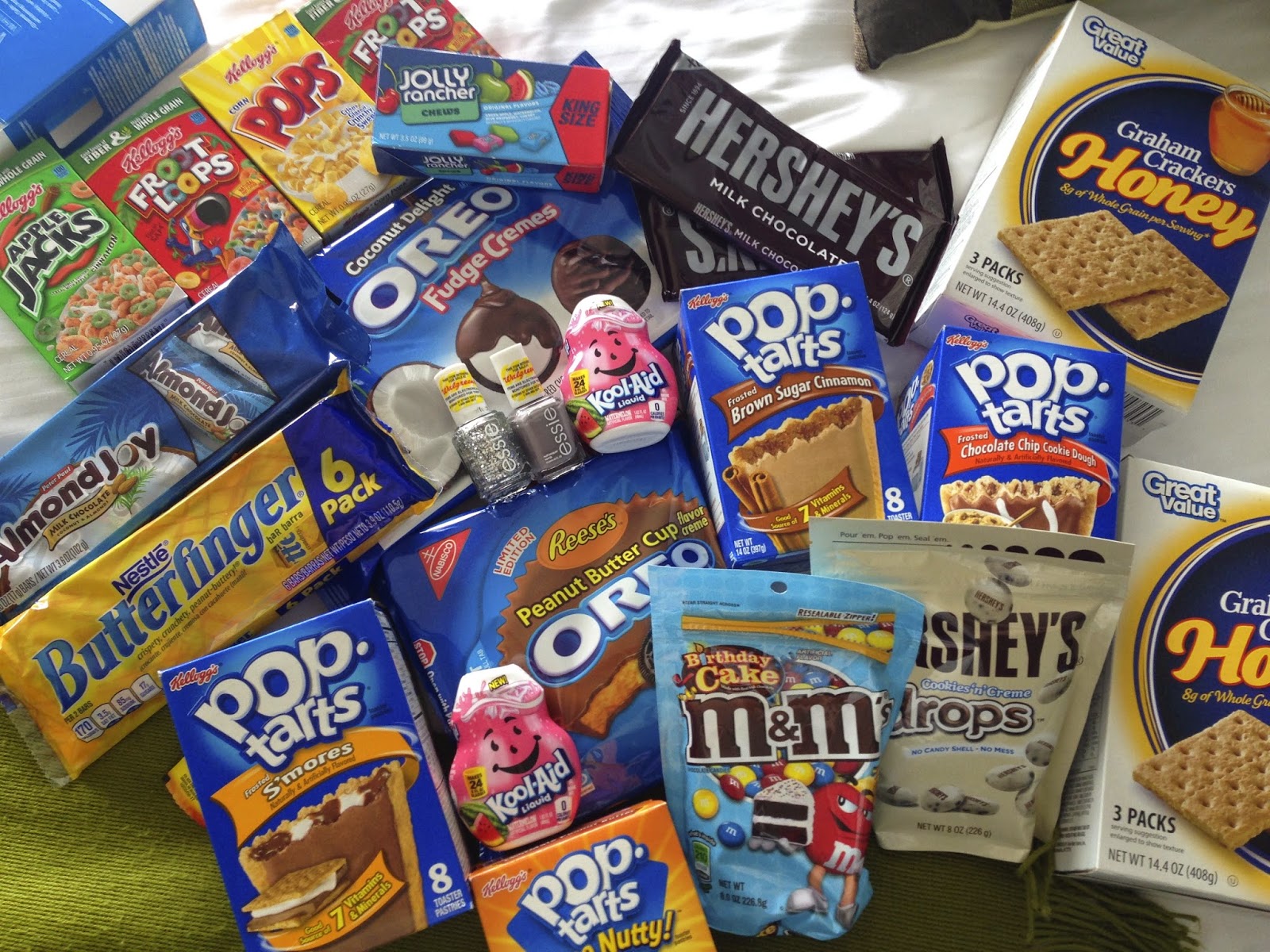 Returning back to the hotel with our amazing haul, we left it all in the hotel room and set off for a walk around the very beautiful La Jolla in the beautiful sunshine. For lunch we decided to go very unhealthy as it was our last full day on holiday, so we visited an amazing ice cream shop - mine was 'deconstructed birthday cake' - cake batter ice cream, chocolate brownie, caramel, and rainbow sprinkles in a chocolate and almond waffle bowl! Best. Ice cream. Ever. 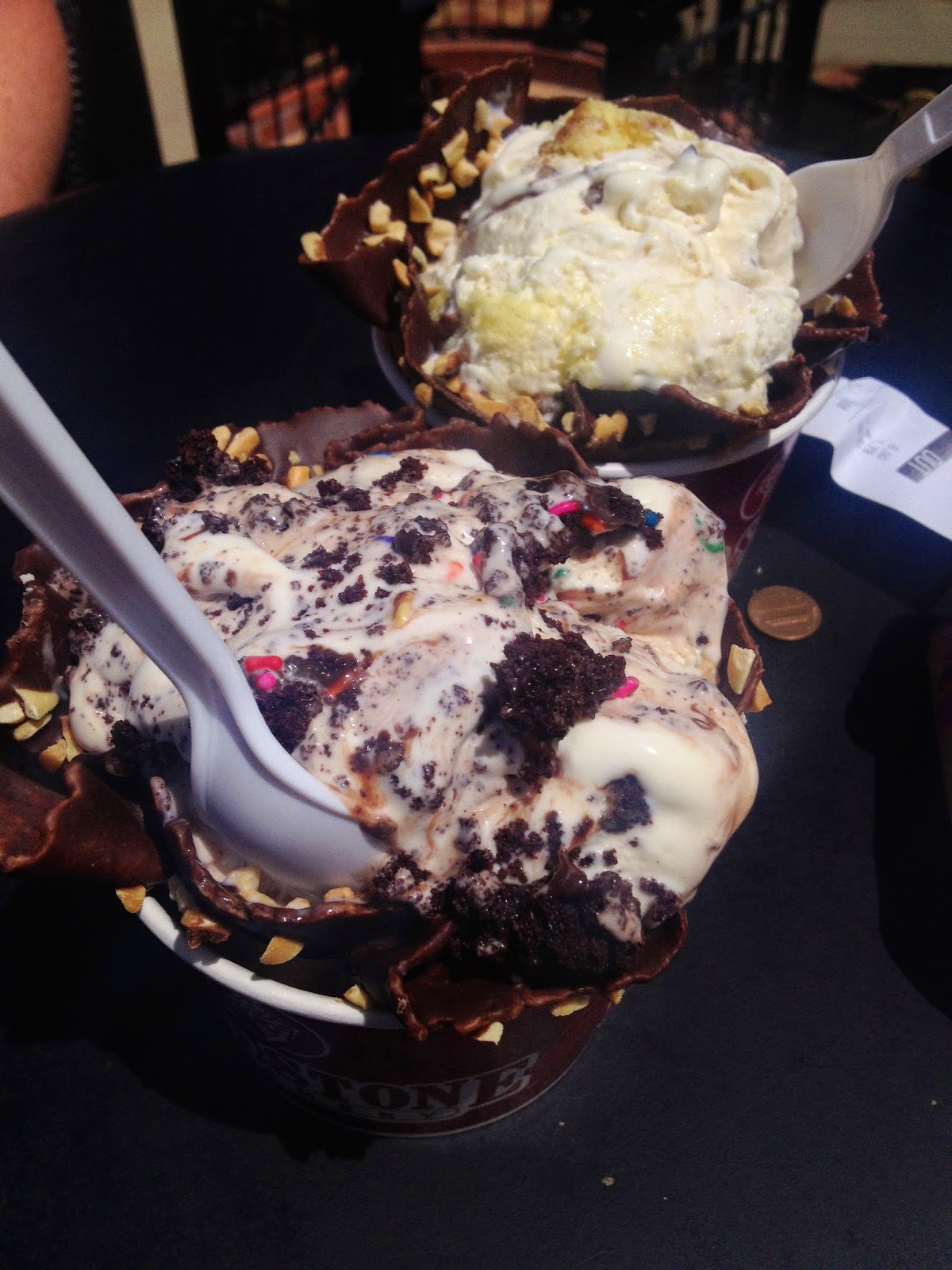 We then went for a beautiful long walk along the beach front, laughing at how close the sea lions swam to people snorkeling, and watched seals sunbathing on the rocks. 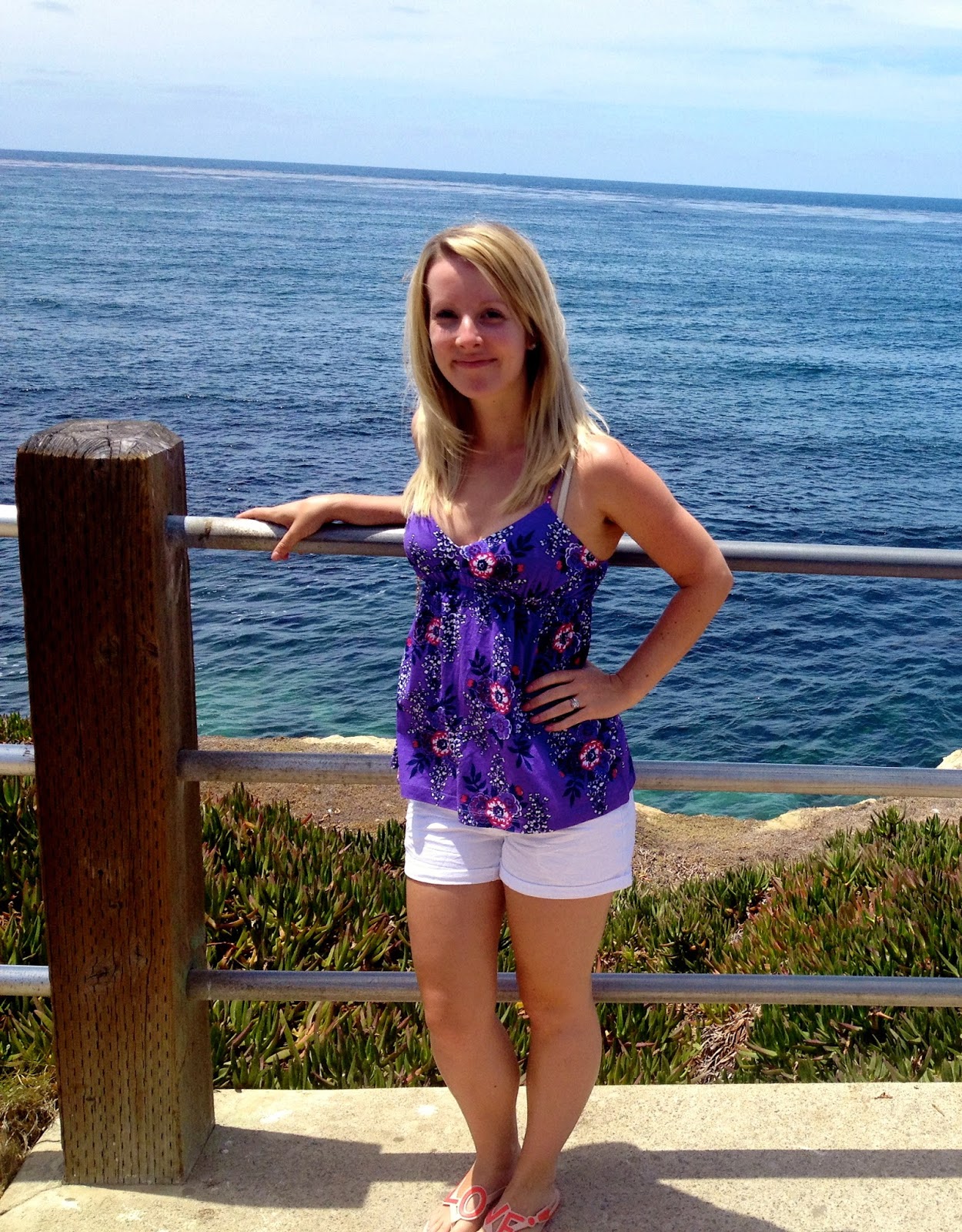 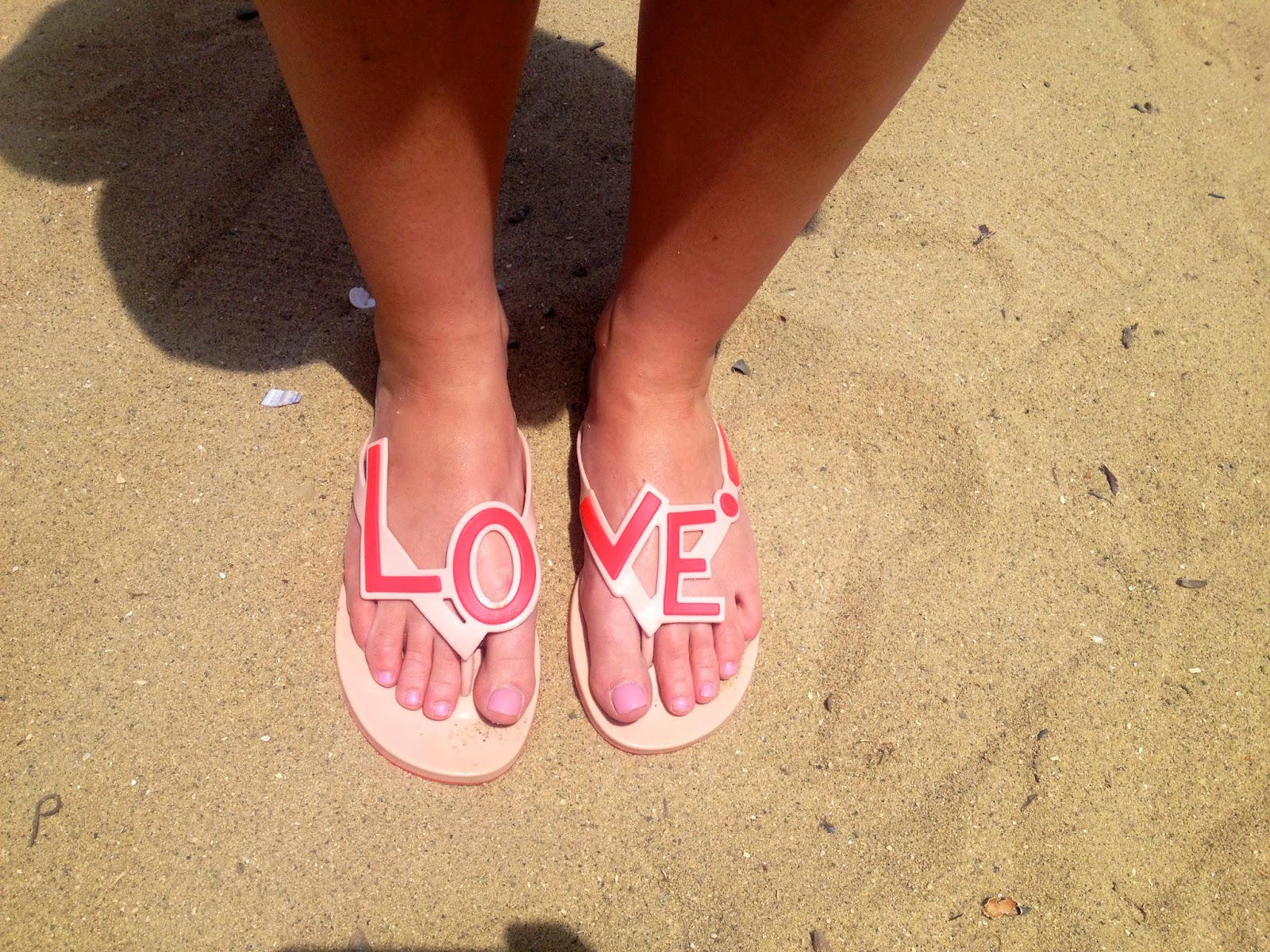 That evening we had a reservation at Eddie V's, an upscale restaurant in La Jolla, as it was our last evening in the US. The restaurant was beautiful, and even scatted rose petals on our table for our anniversary! We talked endlessly (it's amazing we still have so much to talk about after almost three solid weeks with no-one but each other!), and had delicious food and (strong!) cocktails. When we refused dessert as we were too full, the waitress bought over a desert to share, with 'congratulations' written in chocolate - such a wonderful evening. 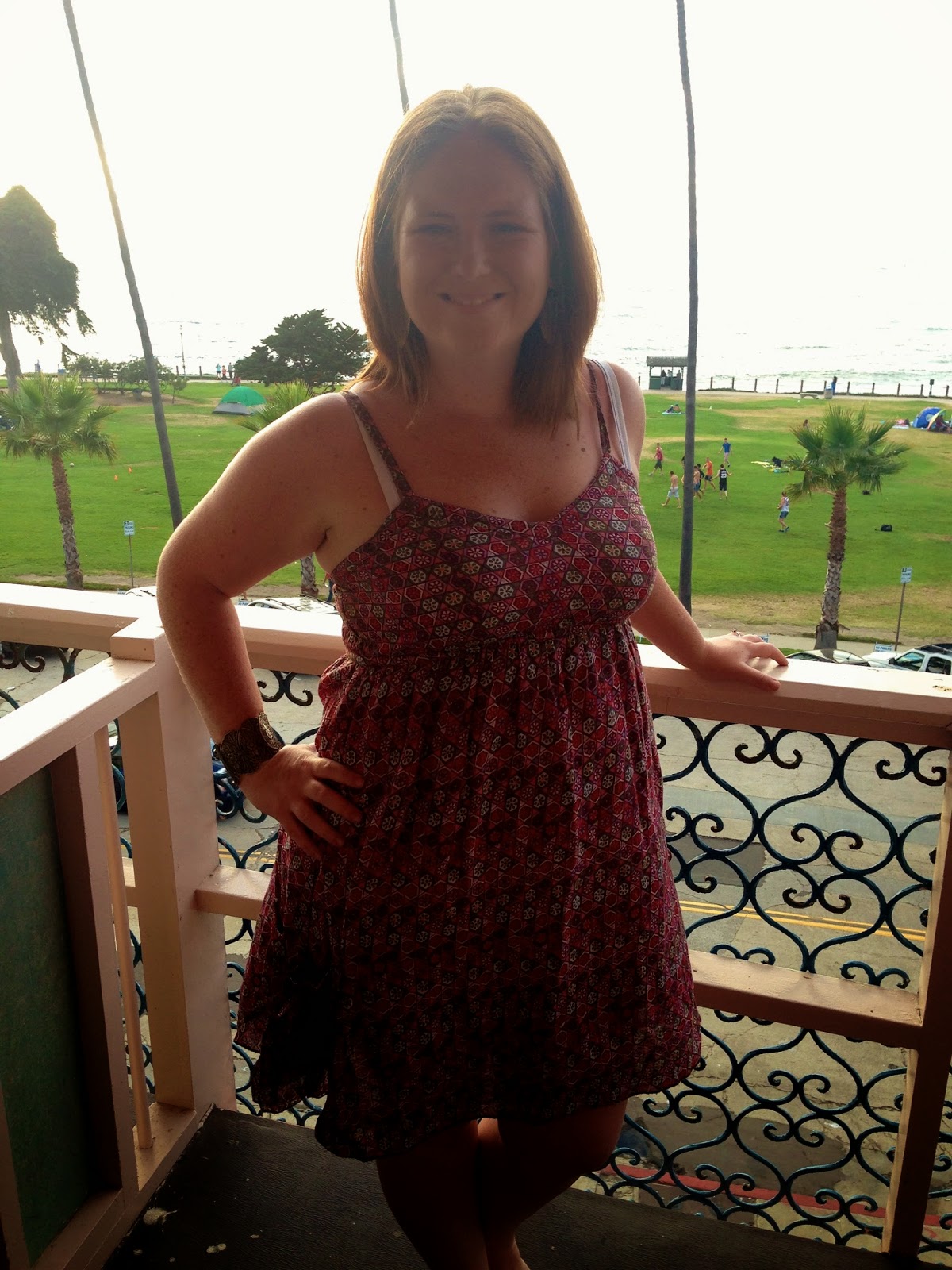 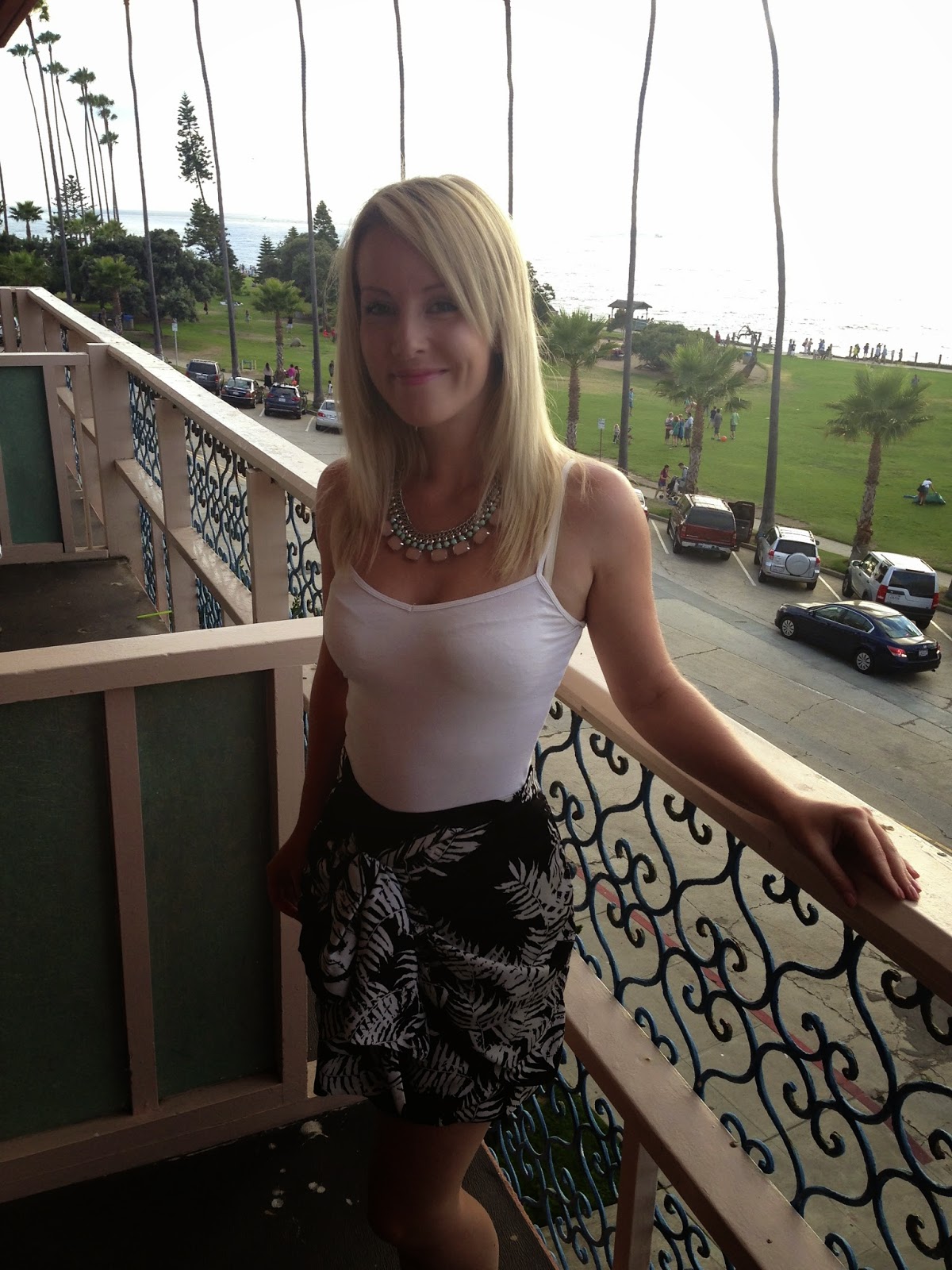 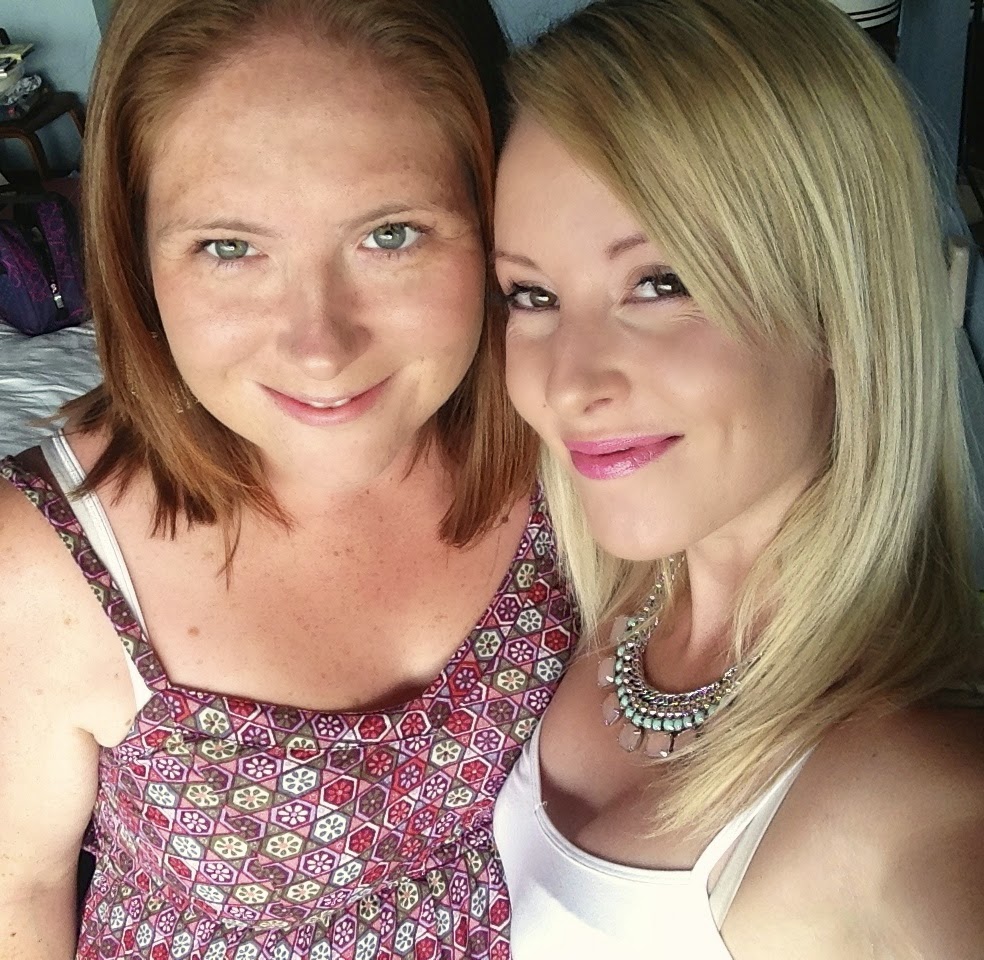 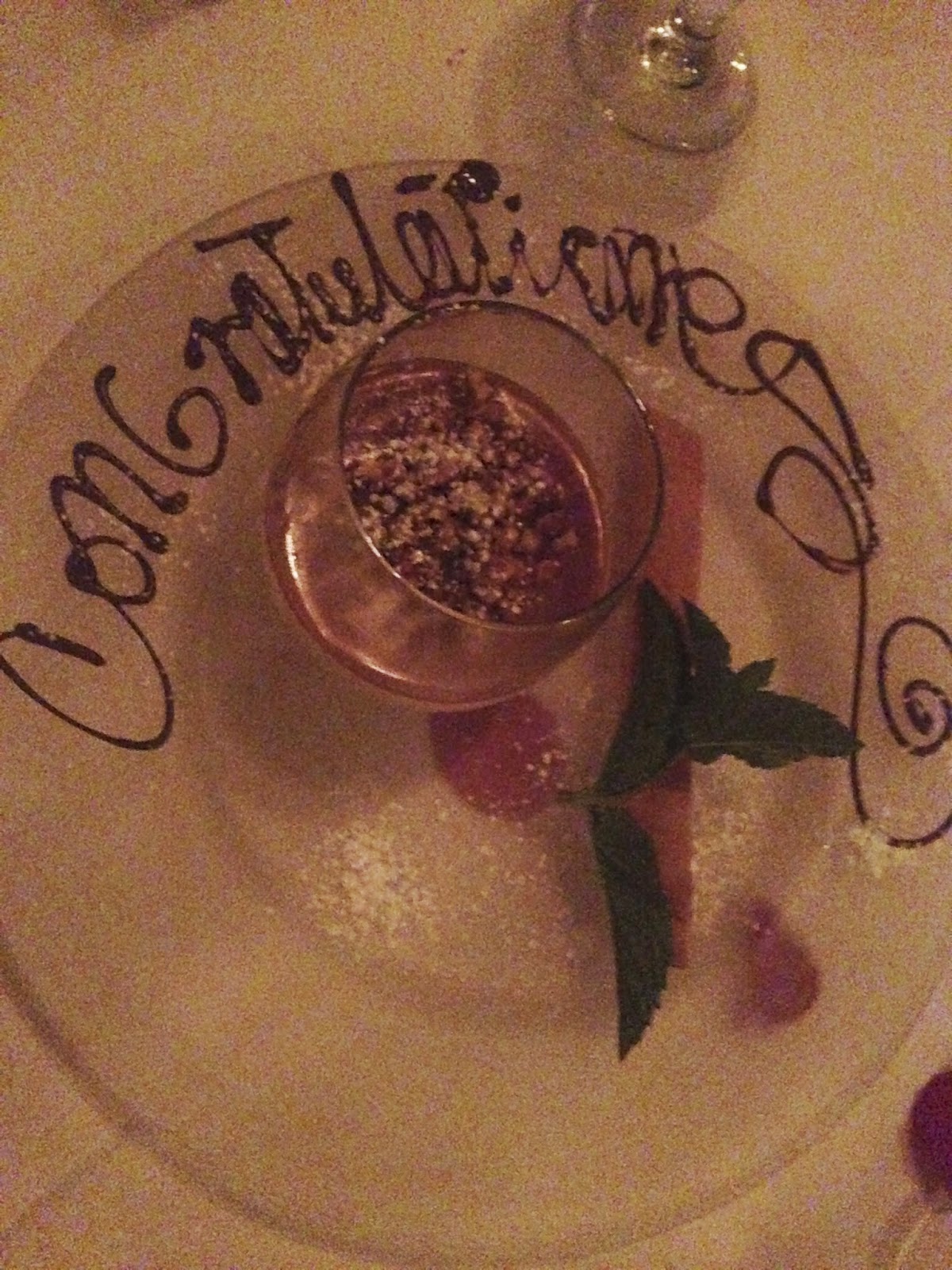 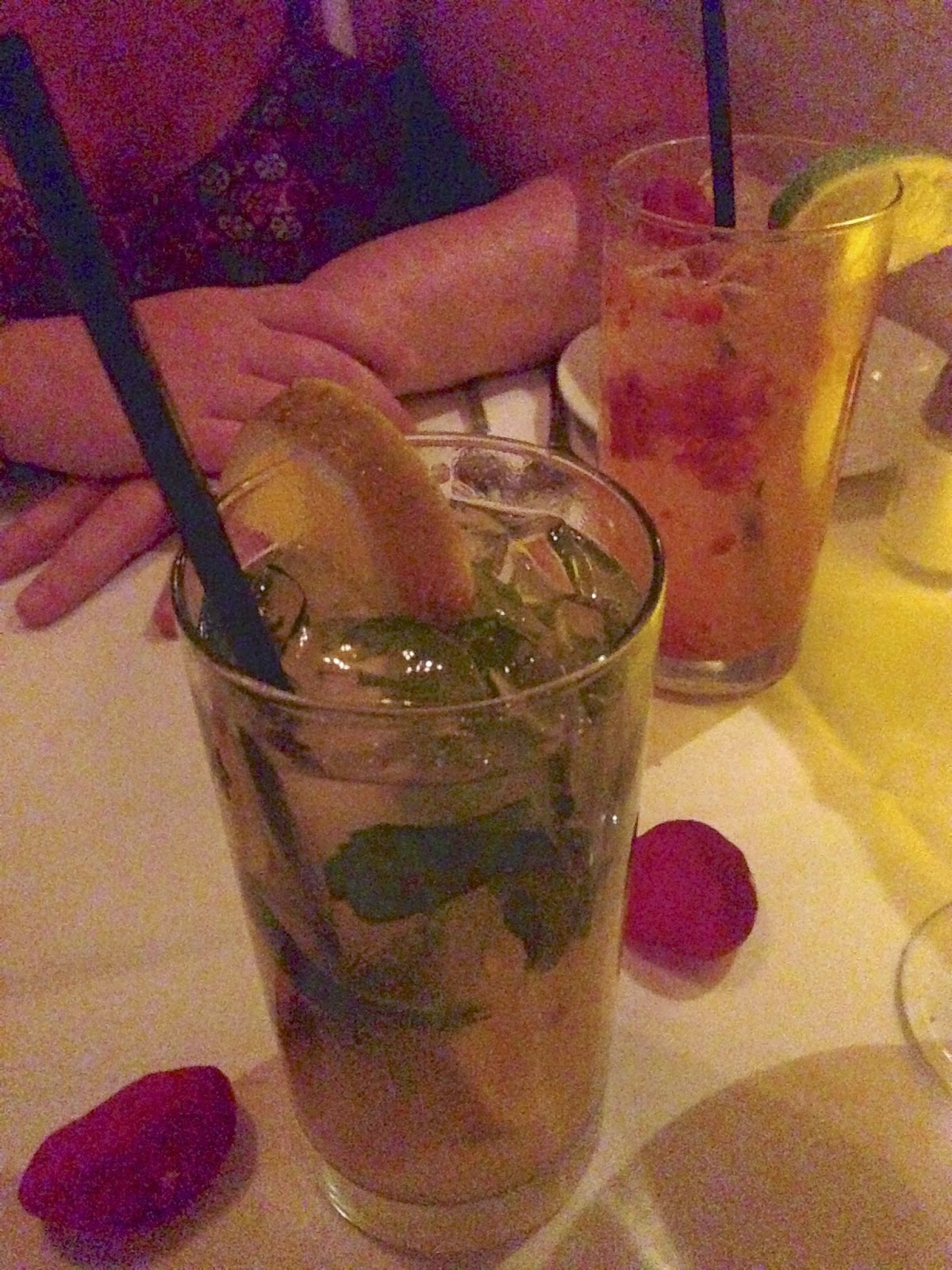 Sunday 13th July 2014
Its going home day! It's strange, as because we have travelled to so many different places, it has felt like we have been away for months. We spent the morning drinking champagne on our balcony in the sunshine - as we did, what seemed like hundreds of pelicans were flying in lines across the sky, migrating. At least they were leaving too! 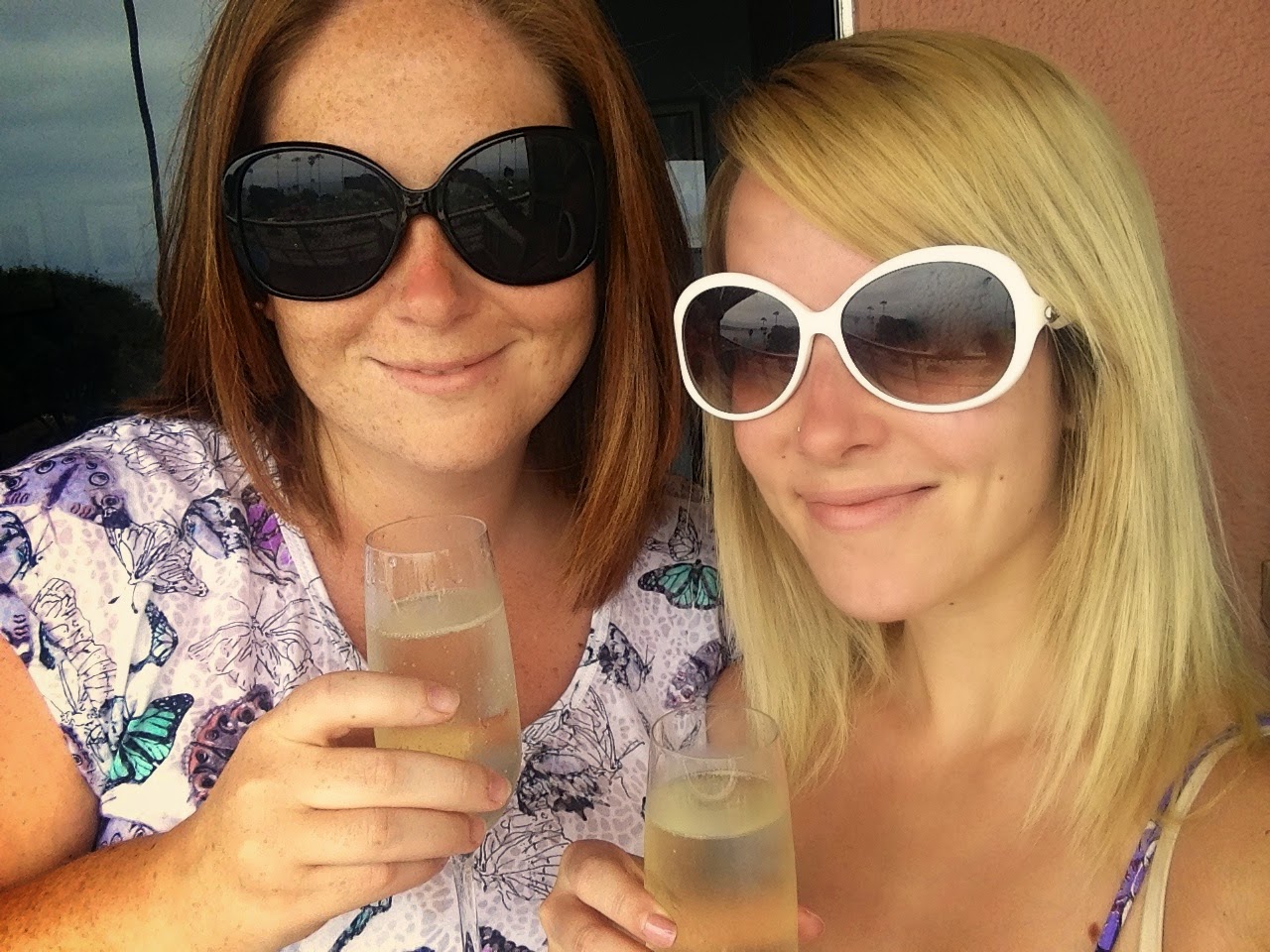 After we had checked out and loaded our luggage in to the car, we took another gorgeous walk along the seafront of La Jolla, just as a music festival was starting. It is such a beautiful place, and the sealions barked their heads off again at us, obviously bidding us farewell. We had a very late flight so needed to use up some time, so we drove to the pretty shopping centre we had visited on Friday, and for lunch headed for, you guessed it, our fourth trip to Veggie Grill! Seriously, I defy any meat eater to come here and not LOVE the food they serve. The fact it is healthy and mostly vegan is just an added bonus!

We still had quite a bit of time to kill until we needed to be at the airport, so we went to the cinema - we saw How To Train Your Dragon 2, as I love the first one, and the second one was even better! (I did not cry, at any point..) We then had our last US Starbucks, and some delicious frozen yoghurt (mine was Chai flavoured - amazing) and it really was time to go.

Wedding and honeymoon aside, this trip has been our best holiday, and the most amazing experience of our lives. We are so glad that we took the opportunity to take a trip of a lifetime, and whilst we feel beyond lucky, we feel very proud of how hard we worked to be able to have such an incredible holiday.

We loved the US much much more than we imagined, and were pleasantly surprised by:
We also loved Ihop, Taco Bell, Veggie Grill, allll the pancakes, and Ghirardelli chocolate after seeing the factory in San Francisco. And spending $50 on bars to take home… 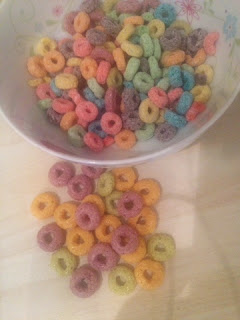 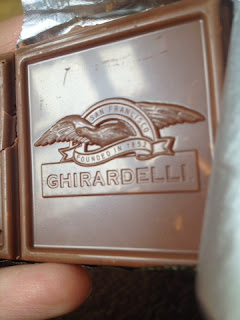 And so we are home, with some amazing memories - watching the fountains from our room at The Bellagio, seeing Cirque Du Soleil in Vegas, walking through the beautiful Yosemite Park, driving over the Golden Gate Bridge, watching the 4th July fireworks from the top of the 3rd tallest building in San Francisco on our 1st wedding anniversary, seeing whales swim past our boat in Monterey, having a picnic on the beach next to a campfire as the sun set, staying in Beverley Hills and sight seeing in Hollywood, and the beautiful sunsets in San Diego, not to mention driving the whole trip with my soulmate by my side.

As we write this post, a month after returning from our trip, we will be returning to documenting another journey that we are recently progressing on - the road to becoming mummy and mommy!