Yesterday was our ten year anniversary! We thought about how to celebrate it, and decided that our favourite date of going for a meal was the way forward. We also like a nice luxury hotel so considered that too. But where?

We'd been together just a few months when we first took a holiday together - since then we've visited ten countries in ten years -we've danced under the New Years Eve fireworks in Edinburgh castle gardens, kissed under the Eiffel tower in Paris, visited museums and parks in Amsterdam, stayed with Laurens family in Malta, walked along the beaches in Devon, seen breathtaking scenery in Wales, went to the Segrada Familia and Parc Guell in Barcelona, soaked up the sun in Sitges, got engaged in Brighton, had many fun trips to London including watching the sunset from the top of the Shard, saw the Northern Lights in Reykjavik twice, adored the colours and culture in Marrakech, honeymooned in Mexico, watched the fountains from our room at the Bellagio in Las Vegas, fell in love with Hollywood and Beverley Hills in Los Angeles, stayed in a log cabin in Yosemite national park, whale watched in Monterey, had a sunset camp fire on the beach in Carmel, spent our first wedding anniversary in San Francisco, and saw stunning sunsets in San Diego. Phew!

After being together for two years we moved in together in a small flat in Leeds. It only had two rooms, and we shared a bathroom with another flat, but we loved it. When Lauren graduated we returned to our home town of Birmingham, and a year later, bought a house there. Our home is definitely where our hearts are - we plan to be in this house forever. It may seem like we have settled somewhere quickly, but this is where our families, friends, and very best memories are, and where we want our babies to grow up!

So with that we decided - the best place to celebrate ten years of being a couple, was our home town!
When we met, on September the 11th, on a warm Saturday evening, our meeting place was by the Bull statue, next to the Rotunda building. At the time, the Rotunda was being converted in to luxury apartments.

So…this is where we spent our anniversary, ten years after meeting at the bottom of the Rotunda, we stayed in the penthouse apartment at the top of it!

We went for an obligatory Starbucks, and then made our way alllll the way from the bottom of the Rotunda building to the penthouse on the 20th floor. The apartment itself was beautiful, huge and decorated in 60's mod style, as the building (now grade II listed) was built in the 60's.

But although the apartment was incredible, the views over our city were stunning.
It was lovely to know we were in the place where we first met, but also see the place we held our hen party, and places we've spent anniversaries, and birthdays, and dates. We could see the old Academy building where we went to rock gigs as teenagers, and the house of fraser building where my first job aged 16 was.
We spent the afternoon relaxing and enjoying the views! 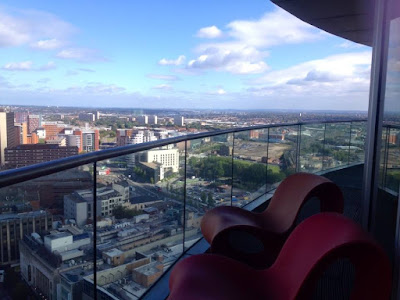 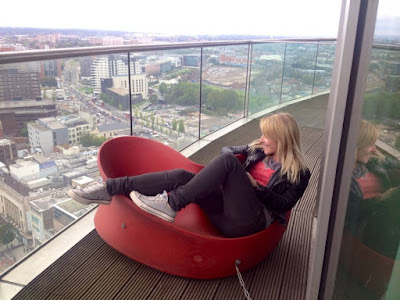 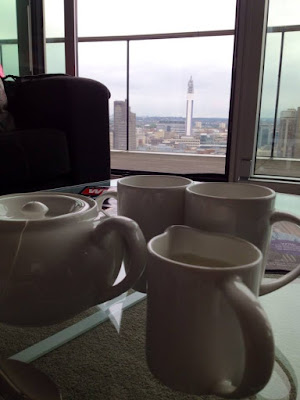 That evening we went out to an Indian restaurant. Birmingham is famous for it's Indian food and the restaurant we went to was meant to be one of the best. It definitely didn't disappoint - our food and cocktails were some of the best we've had! 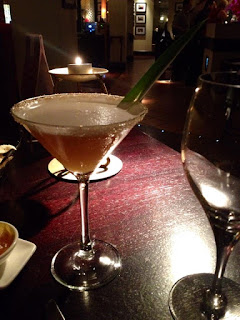 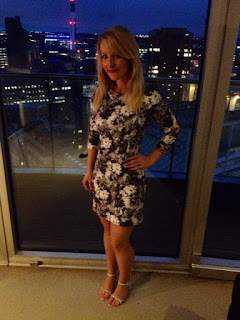 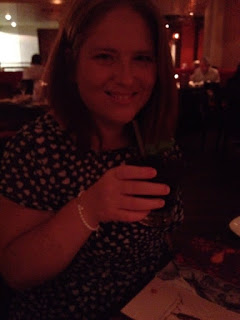 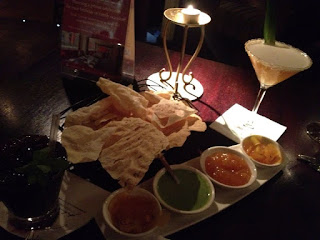 The next morning we woke up to beautiful blue skies, which we enjoyed whilst making bucks fizz with the juicer in the kitchen! 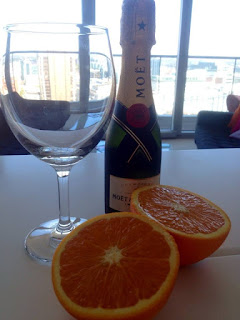 We spent a bit longer enjoying the views before sadly checking out of the hotel! 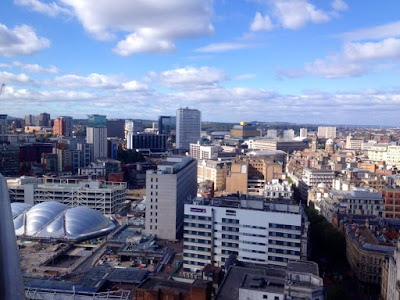 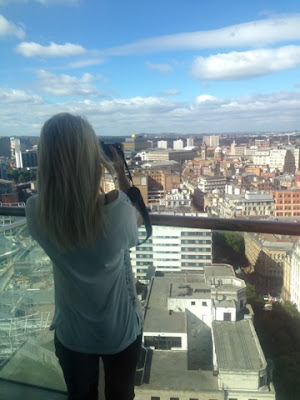 We spent the afternoon in Costa with Lauren's mum, her cousin's girlfriend, her sister J, and most excitingly, J's new adopted one year old daughter which we were meeting for the first time!
She was adorable, and it was so lovely to see J's pride in her daughter, after wanting a child for so many years.

And that was our wonderful, tenth anniversary!

It seems crazy to think we have been together ten years.
Lauren was 18 and just beginning at university when we got together. She bravely left her pharmacology degree after a year to start a midwifery one - she graduated with a first and was offered numerous jobs, accepting one in our home town of Birmingham. After working in the midwife led Birth Centre at one of the best maternity units in the country, she was then given a place within one of the first home birth teams in the country, which she is now manager of. She has recently been nominated for a NHS Leadership award and has been filmed for various documentaries. If its not clear from that, I am infinitely proud of her!

When we met I didn't have a job, and spent most of my time going to rock music gigs with my friends. I had a complete inability to see any further into my future than the next week, and could probably be described as either a free spirit, or highly irresponsible! I now have a job with a luxury brand, in a department store recently voted the best in the world - I also run our house. It is cleaned, tidied, decorated and organised like clockwork, and I take pride in looking after my wife and our spaniel, and can't wait to add the role of mom to that list! I am the person I am today because of Lauren - she has shown me that I'm capable of much more than I ever thought, and made all my dreams come true, even ones I thought were beyond me.

When we got together, civil partnerships weren't legal - now not only did we have our wonderful wedding day last year, but can soon convert our civil partnership certificate to a marriage one. The legalisation of civil partnerships and same sex marriage means that lesbian partners are automatically the other legal parent of children their wives give birth to - something that means a lot to us now we are in the process of IVF, but also wasn't the case when we met.

So in those ten years, we have gone from an unemployed teenager living with her parents, and a teenage student living in halls, to a married couple, aged 28 and 29, in our own home, with our beloved silly spaniel, surrounded by friends and family, trying for a child, with hundreds of happy, incredible memories.
My 19 year old self wouldn't believe the person I am today, or how my life turned out, or more than anything, that quite such an amazing person as Lauren existed, or would make me happier than I could ever be.

Here's to the next ten years, and many, many more. 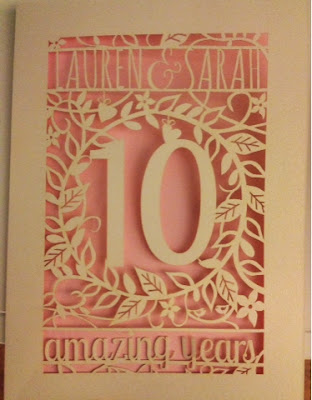