They say bad things come in threes. They say things always go wrong at Christmas time. They are right. It seems bad news for our loved ones just can't stop but rolling in at the moment, which meant that in all honesty, we had no intention of acknowledging Christmas this year. With so much going on, we just didn't feel it would be right. Many of our loved ones felt the same.


We decided, eventually, to have a Christmas where we broke all the rules. We decided that ultimately, Christmas is about three things for us - family, friends and food! And by having a festive period where we didn't follow any of the traditions, we would be removing the pressure to make Christmas AMAZING, and instead just focus on what is important, and do things the way we wanted. The support, love, and bond between our families and friends has overwhelmed us recently, and we realised that Christmas is the perfect time to be thankful of this, and make the most of being surrounded by these fantastic people that care for us and each other so well.

On Christmas Eve we visited Lauren's cousin and her recently adopted baby girl E. We gave E a 'Night Before Christmas' book for her mum to read to her, and a bag of 'reindeer food' oats and glitter, which unfortunately ended up all over E and the floor! Watching the excitement of a 17 month old, dressed up as an elf, who had no idea why everyone was so excited, was matched only by the excitement of her Mum, who has waited a very very long time to have her own daughter at Christmas time. They are a very special part of our lives, and their happiness is infectious. So spending the day with them distracted us rather a lot from recent goings on, and meant we returned home full of Christmas cheer. At this point we still had no intention of acknowledging that Christmas Day was happening.

We returned home and opened a bottle of wine. The food given to us by Lauren's parents was sat on the side, and it seemed rather rude not to dig in. They gave it to us as they knew we wouldn't have bought Christmas food ourselves, and yet a picnic on the floor whilst watching Miracle on 34th Street is our yearly Christmas Eve tradition. So we lit lots of candles, and had vegan turkey bites, sausage rolls, and cheese donated by her parents, accompanied by sauces and chutneys made by Lauren's talented Dad! It was at this point we decided we should perhaps consider celebrating Christmas Day, as what better way to forget about life's twists and turns than Christmas, but that perhaps we would do it a different way this year, we would do a Christmas which broke all the 'rules'. 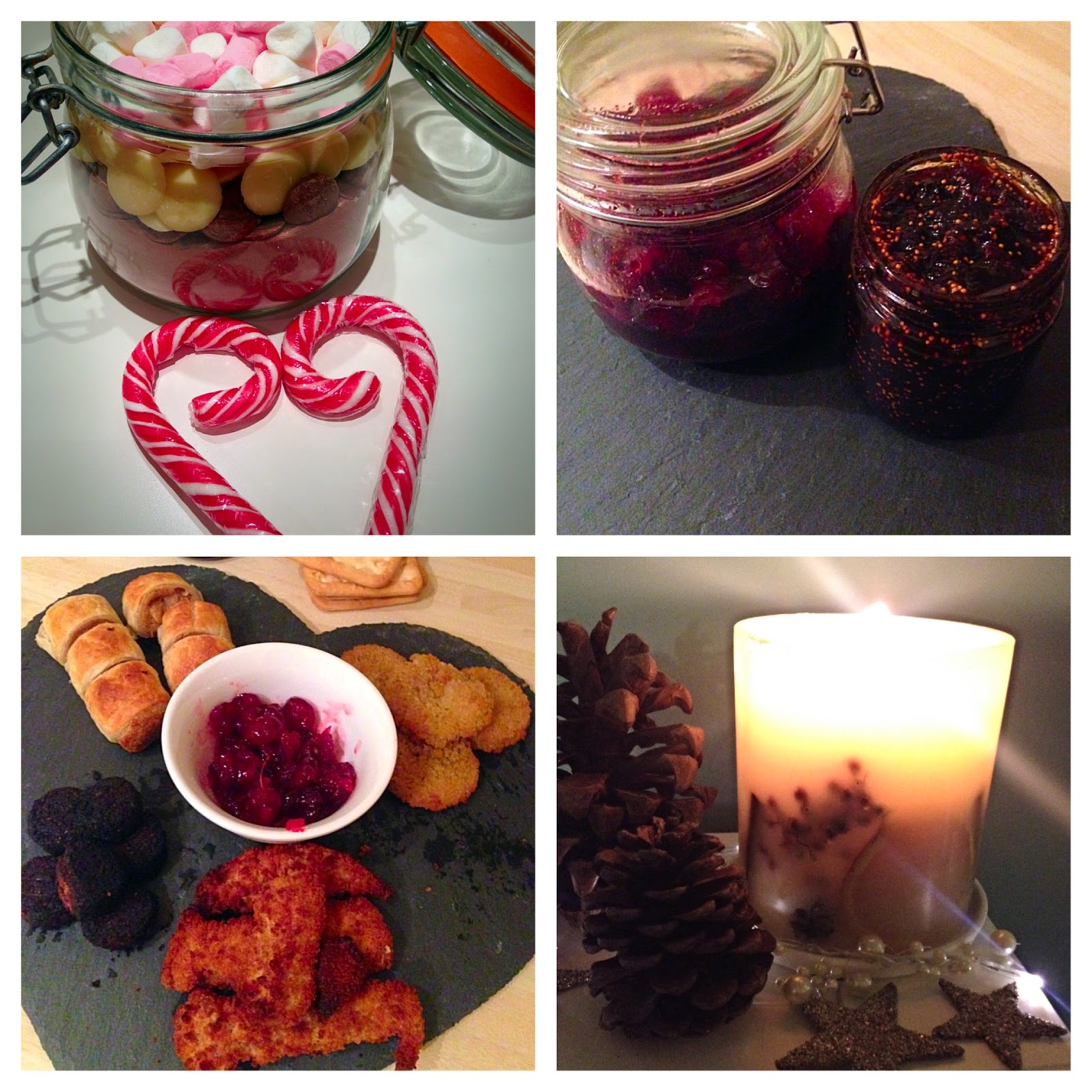 Christmas morning was our 11th one together, and despite previously being adamant it wasn't happening, we decided to give it the benefit of the doubt. We usually follow a set tradition on Christmas Day of coffee, presents, breakfast, long walk with Willow around our neighbourhood, cooking a huge dinner from scratch, eating dinner, then visiting family. It is usually the most wonderful day of the year, but when you don't feel like you should be celebrating at all, that can all seem a bit full on, so we did things a little differently.

When we woke up, we had a loooong lie in, then opened a present that was under our bedroom tree, which was a joint present of a coffee machine! Lauren also had bought what seemed like hundreds of pods for it - Costa coffee, Oreo hot chocolate, tea, chai latte, everything! We decided to try out the coffee machine, and Lauren made us a gorgeous late brunch of warm brioche, mushrooms, vegan bacon and sausages. We usually have bucks fizz but went for peach mimosa this year. Oh and Baileys, obviously. 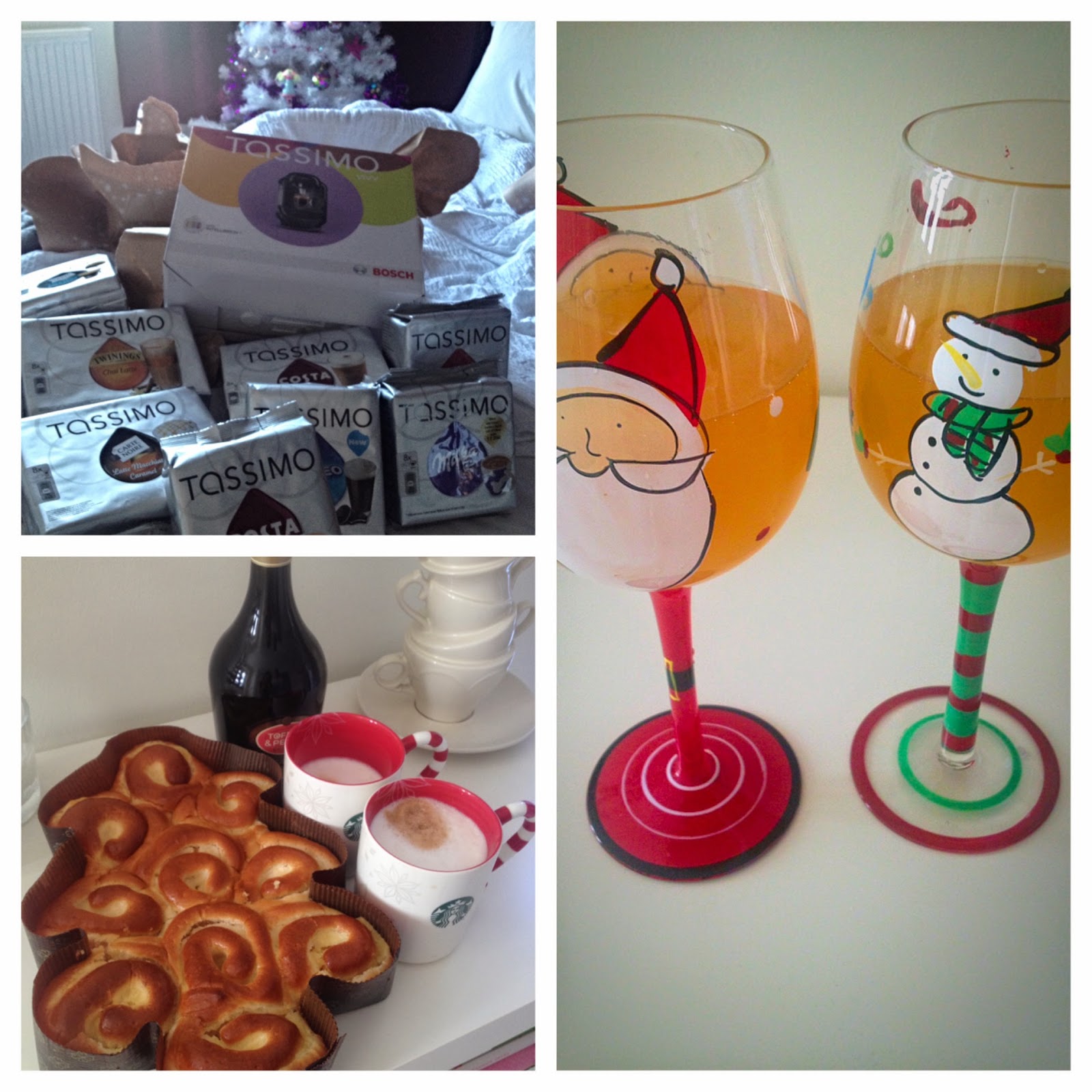 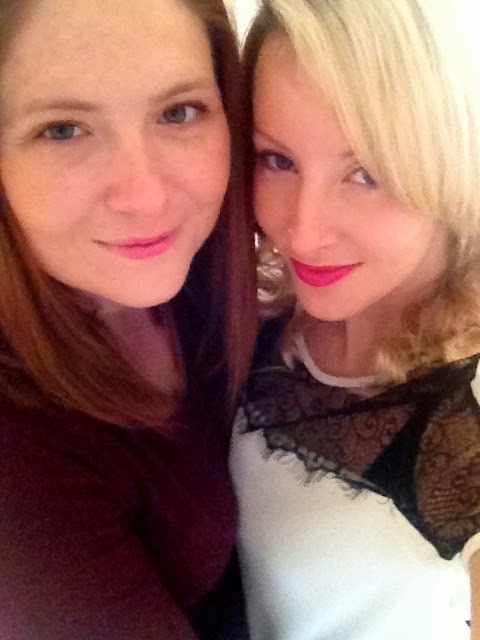 Then it was present opening time! We had considered keeping our presents wrapped and safely stored away until happier times arrived, but we absolutely love choosing, buying and giving presents to people, and it seems, by the sheer volume that landed under our tree, so do our families and friends. Instead we all agreed that we should just go for it - with little ones in the family there would be no hope of explaining why Father Christmas had come in March this year instead, and so we all agreed that we would all open pressies as usual on the big day. One of my favourite presents was a box from Lauren of personalised envelopes to be opened at different times. And as usual Willow was ridiculously excited to open her presents! It's like having a child, she gets so ridiculously excited, and is rather nifty at opening her own presents…and her mummies presents if we let her! 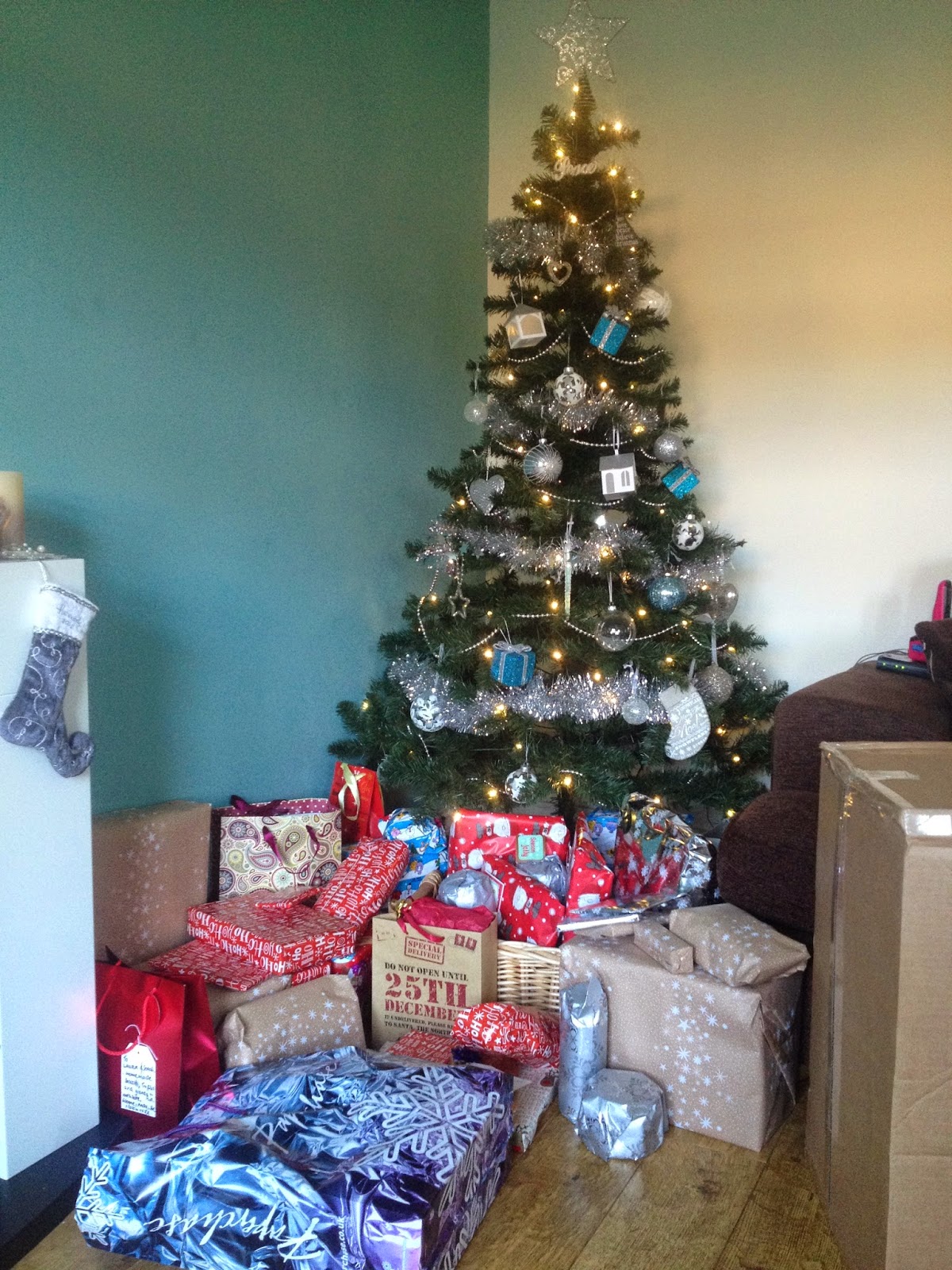 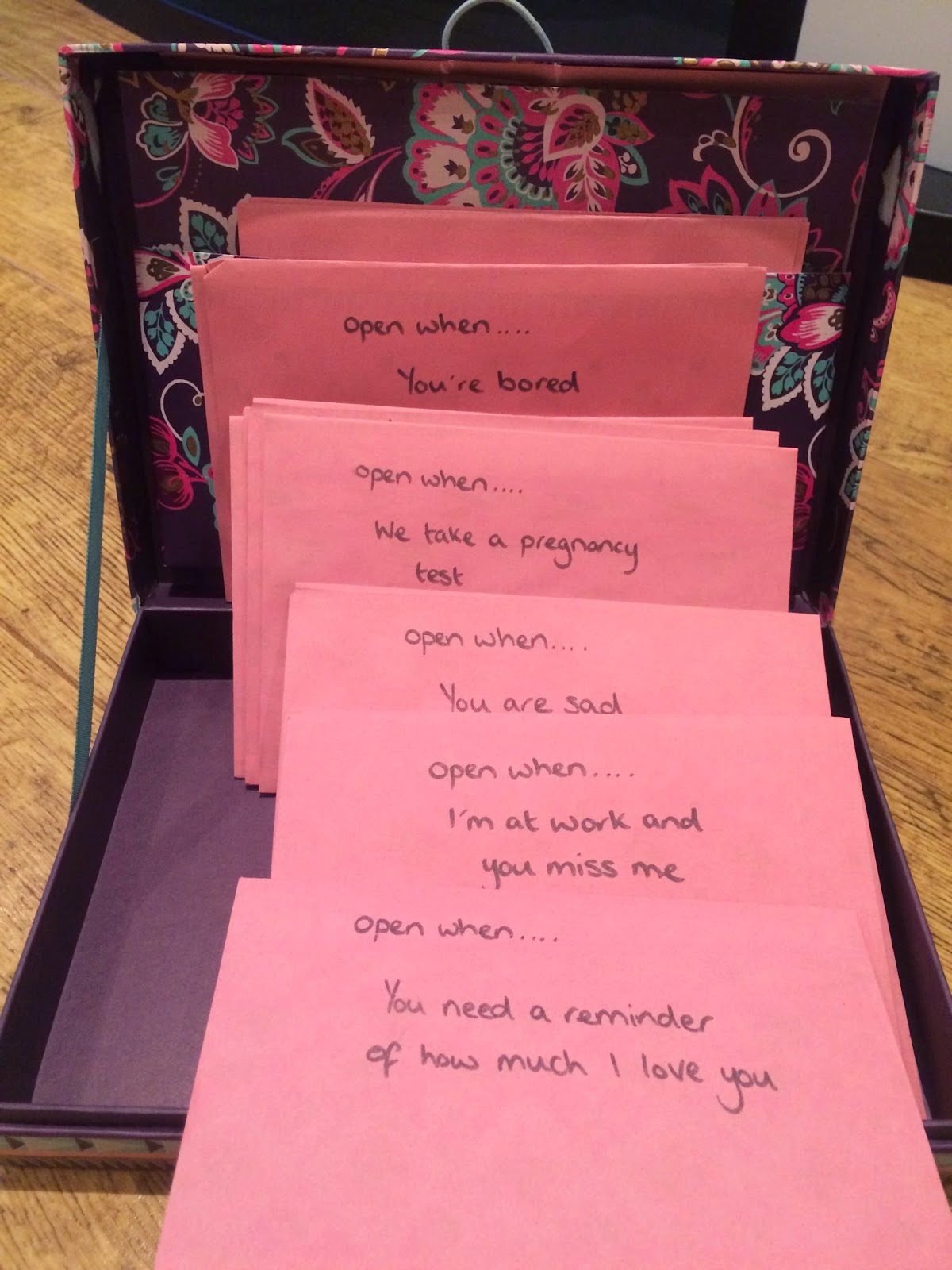 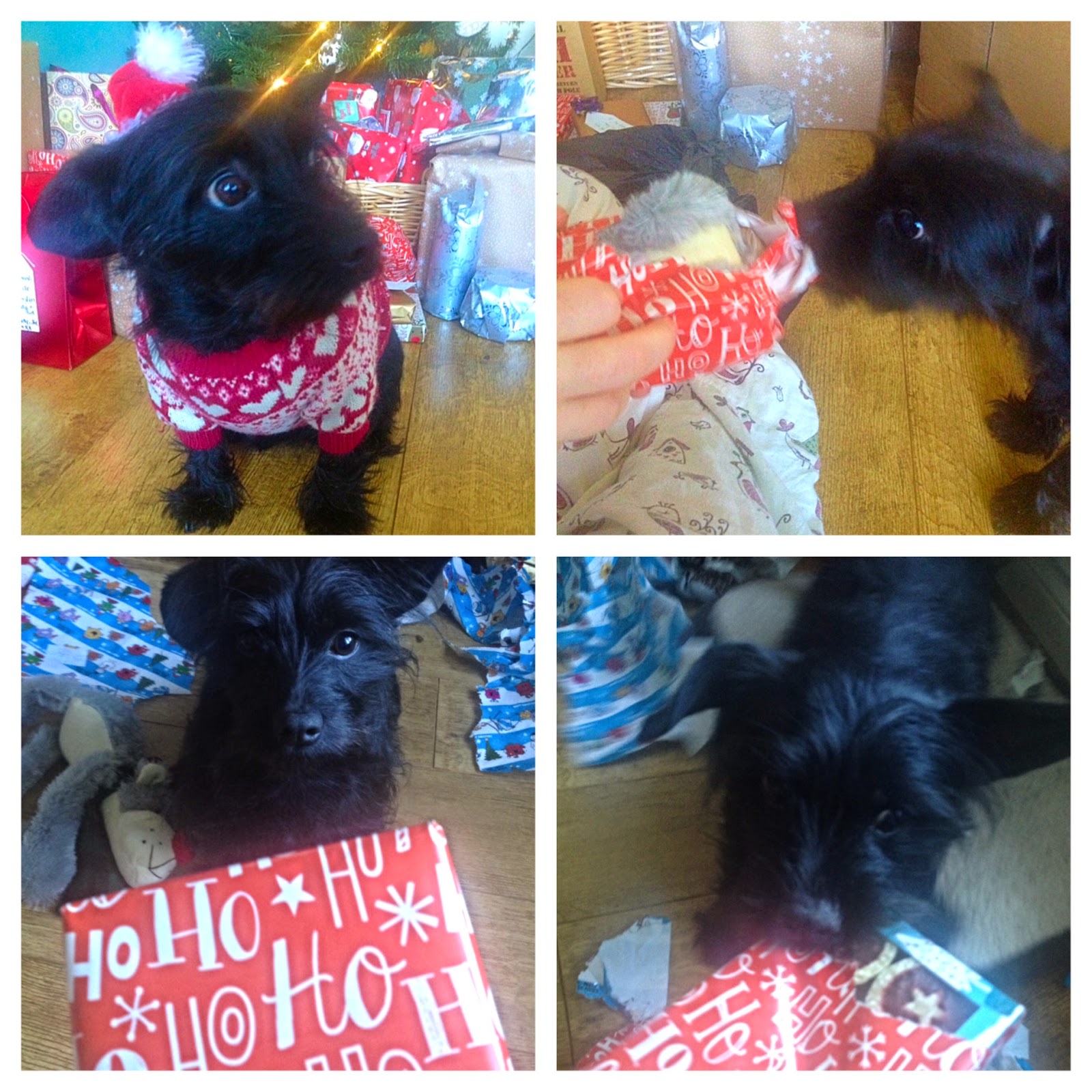 We spent the rest of Christmas day with my parents and Aunty, which mainly consisted of eating cake, playing with the dogs and listening to my Dad tell silly stories!
As I secretly suspected might just happen, our Christmas-Day-that-was-not-supposed-to-be-Christmas, one that involved no Christmas dinner, no long walk with Willow, no Christmas films and no mince pies turned out to be one of my favourite ever. 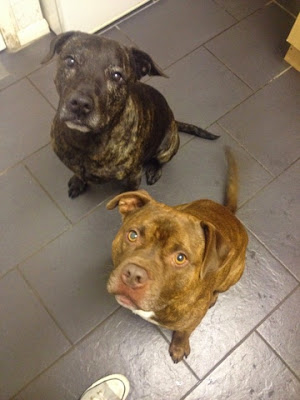 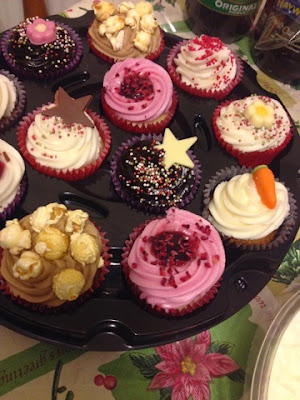 I think when you break the rules, throw away the traditions and concentrate on those you love, you can't help but have a wonderful time. Returning home very full of tea and cake, we took Willow on a very frosty walk in the dark, and reflected together on just how lucky we are, that no matter what life throws at us or those we love, we will always have each other to see it through. People look for years to find what we have, and we are very aware of just how lucky we are.

Boxing Day was spent in the usual way at Laurens parents, for the grand Boxing Day Buffet! This year it consisted of us, Laurens parents, her brother, her Aunty who had flown over from Malta, four cousins/partners and two children.And of course, epic amounts of amazing food! Sampled by Willow of course, in her gorgeous festive jumper. Willow has discovered that if you make friends with 17 month old little girls and let them pull your ears and tail, they will thank you by feeding you everything they can find…crackers, chocolate, cheese, stuffing…. until your mummies notice and separate the two of you. Sad. All day Lauren's aunty had been promising her grandchildren that if it snowed she would take them sledging. And then as if by magic the snow started to fall quite heavily from the sky! It was beautiful, standing out in it next to the warmth of the chimnea. There is a peace that only comes from standing in silence as the snow falls around you and settles on the ground. Conveniently for us, as we had to drive home and work the next day, the snow in Birmingham was only light, but over in Lichfield where we were, it much much heavier, and soon a few inches had settled! Our car looked odd, as when we returned to Birmingham about 10.30pm, there was no snow, but our car was still covered in a huge pile of it which was still there at lunchtime the following day!

The period between Christmas and New Year is continuing in the not-Christmas spirit. We have spent loads of time with our amazing family and friends, and even celebrated the birth of a new baby to one of our nearest and dearest. And then of course there is all of the not-Christmas food to be eaten! We have made vegan chocolate covered pretzels, and shared out homemade Oreo peppermint bark. 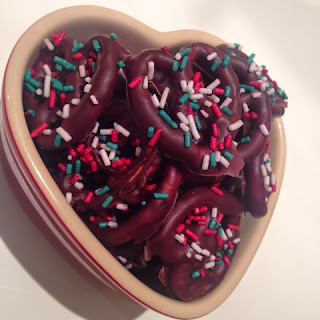 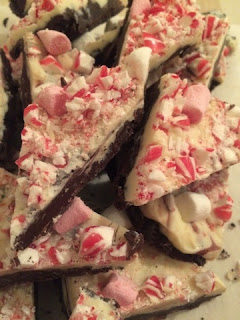 We have watched a few good films that happen to be filmed in December and might occasionally mention the C word. We have taken time each day to go on really long walks with Willow, and enjoy our beloved neighbourhood, even more so in the glorious winter weather, with it's impressive sunsets and ever lasting frost. 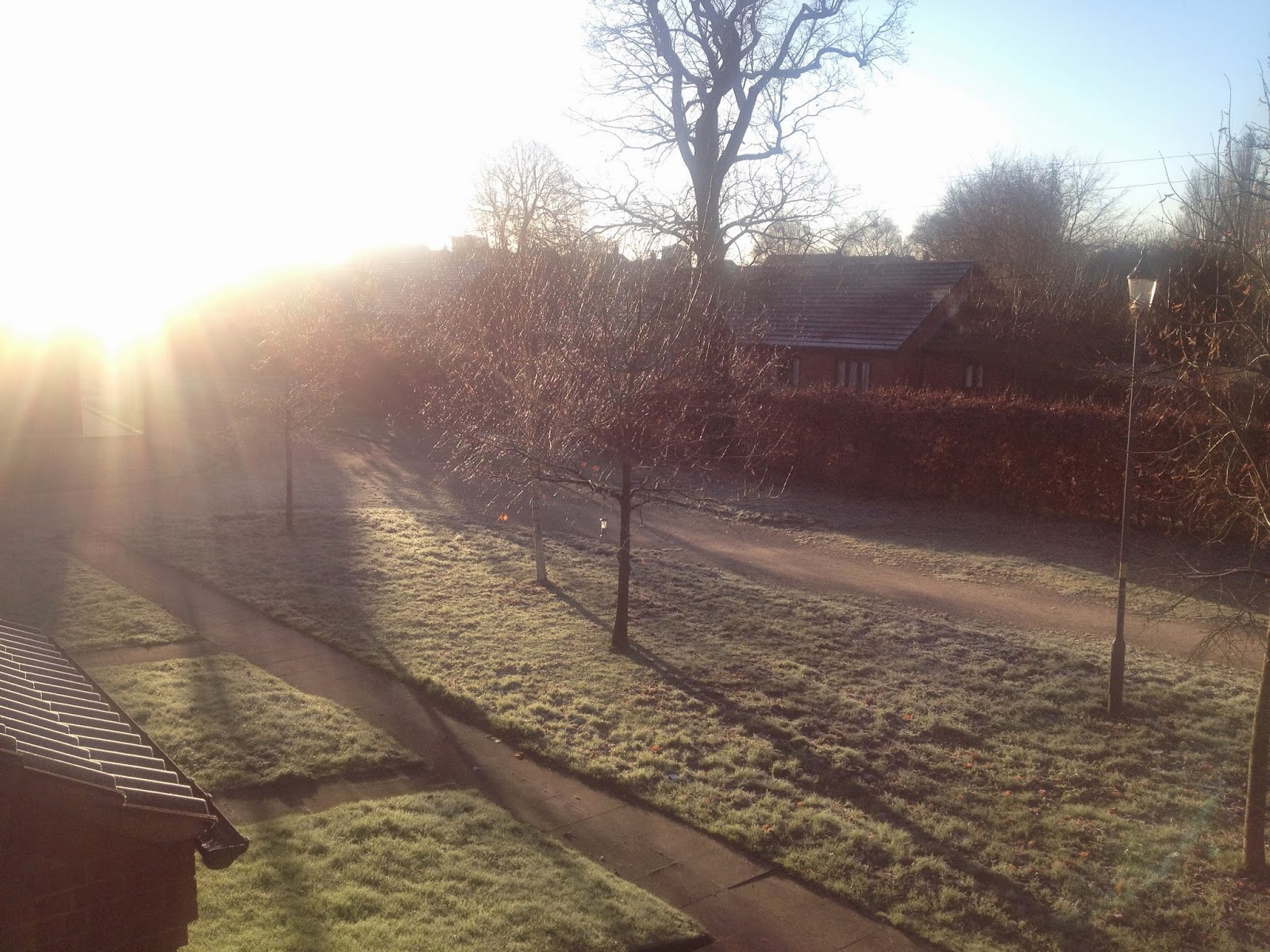 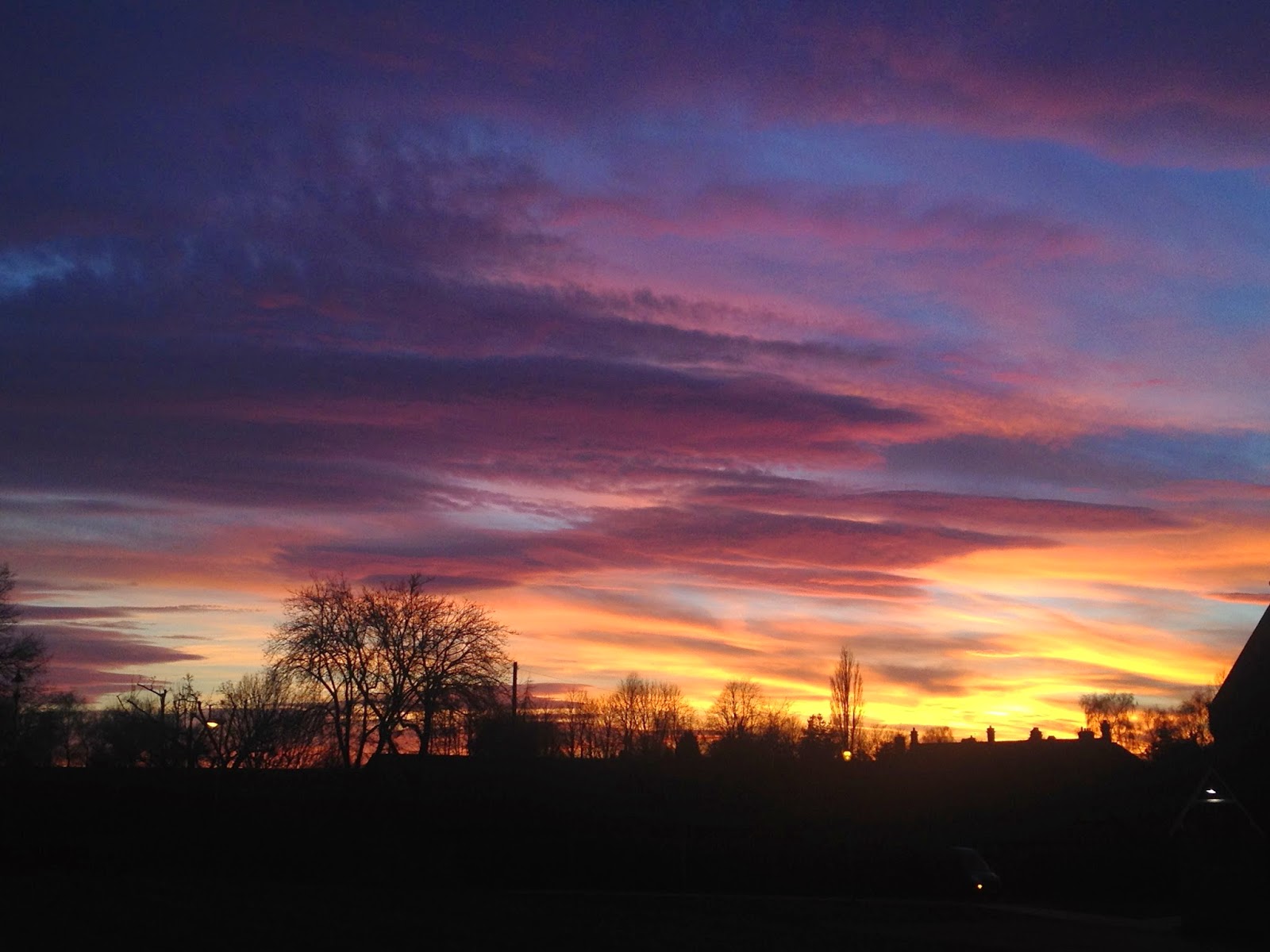 And we have taken the time to be with each other, reflecting on this past year, the incredible highs and the devastating blows. Christmas-with-no-rules, not-Christmas, Yule, the festive season or just plain Christmas, whichever way we look at it we have gotten through it, with far more happiness than either of us were expecting, and being again astounded by the magnitude of love that surrounds us. The love we have for each other only continues to grow, which is perhaps why we can find so much love and strength to give out to those who matter so much to us too. And at the end of the day, who can be unhappy when they have a huge mug of hot chocolate, a couple of candy canes, a gorgeous tiny bear and a wife? Not us! Merry Christmas! 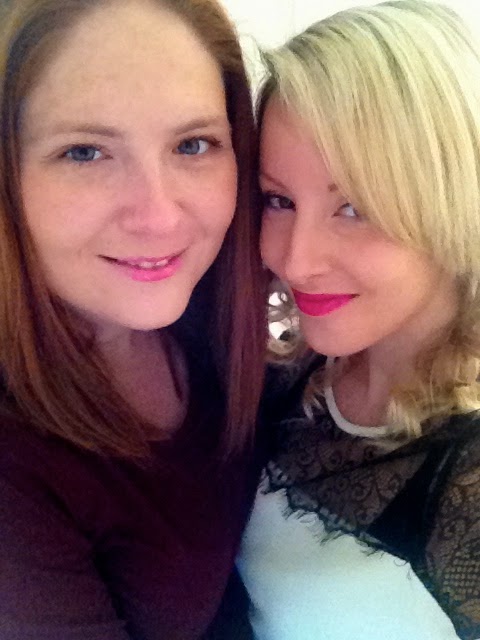