This year we aim to write one post a month as a form of diary - we find it useful to have a proper record of things to look back on, especially amidst times of change! As we are now nine whole days in to February we better write on our poor neglected blog about the first month of 2015:

Lauren always says she dreams in holidays! Some people dream of what car they'd buy, which handbag they'd have next, or which house they'd buy if they could… Lauren dreams of where in the world she would visit, if money were no object. So I guess it's fitting that January saw us have our first holiday of the year - a trip to Malta that Lauren's parents gave Sarah for her 30th in October last year. They own a home in Malta, so we stayed there - things have been a bit crazy lately so it was a welcome break. 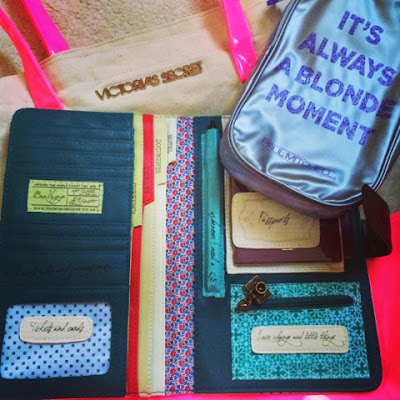 We have been to Malta over ten times, so it's nice to go somewhere that we know well, but is still far away from home. We spent the week walking by the sea, and sitting outside in the sunshine with coffee and Maltese pastries - a perfect escape from cold, grey Birmingham!
We went out for meals at places we love in Malta, and spent our last night at a beautiful restaurant we hadn't been to before in the capital city. It was like it was carved into a cave, and we had a wonderful meal with Lauren's Aunt who lives in Malta, and her boyfriend. 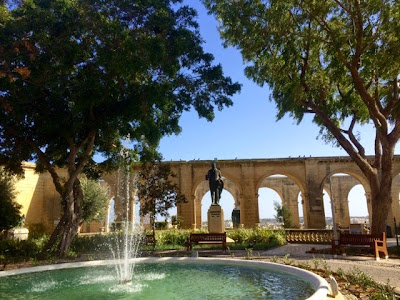 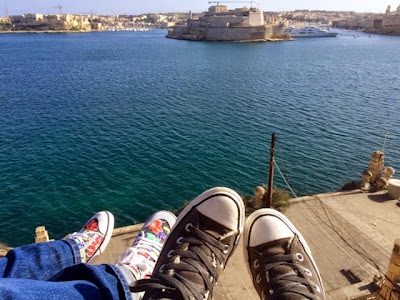 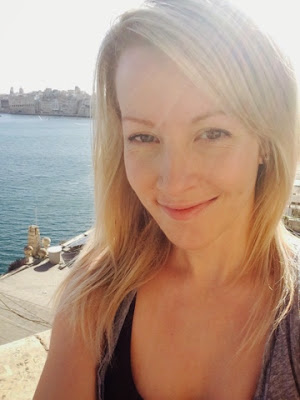 By stark contact, while we were away the midlands was experiencing it's first snow of the year. So when we got home our beautiful street looked even more beautiful! There is something so peaceful and beautiful about snowfall, so we took the opportunity to enjoy our last few days off together taking Willow on some very pretty, very cold walks! 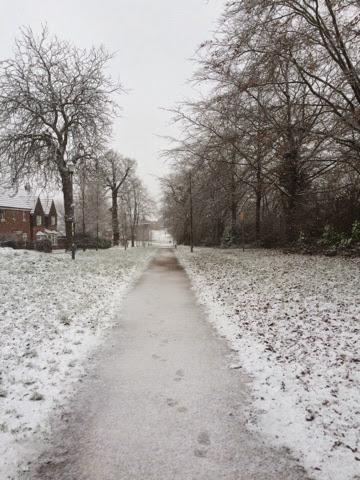 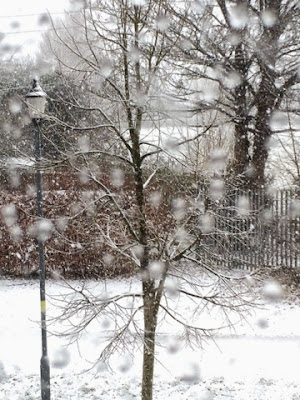 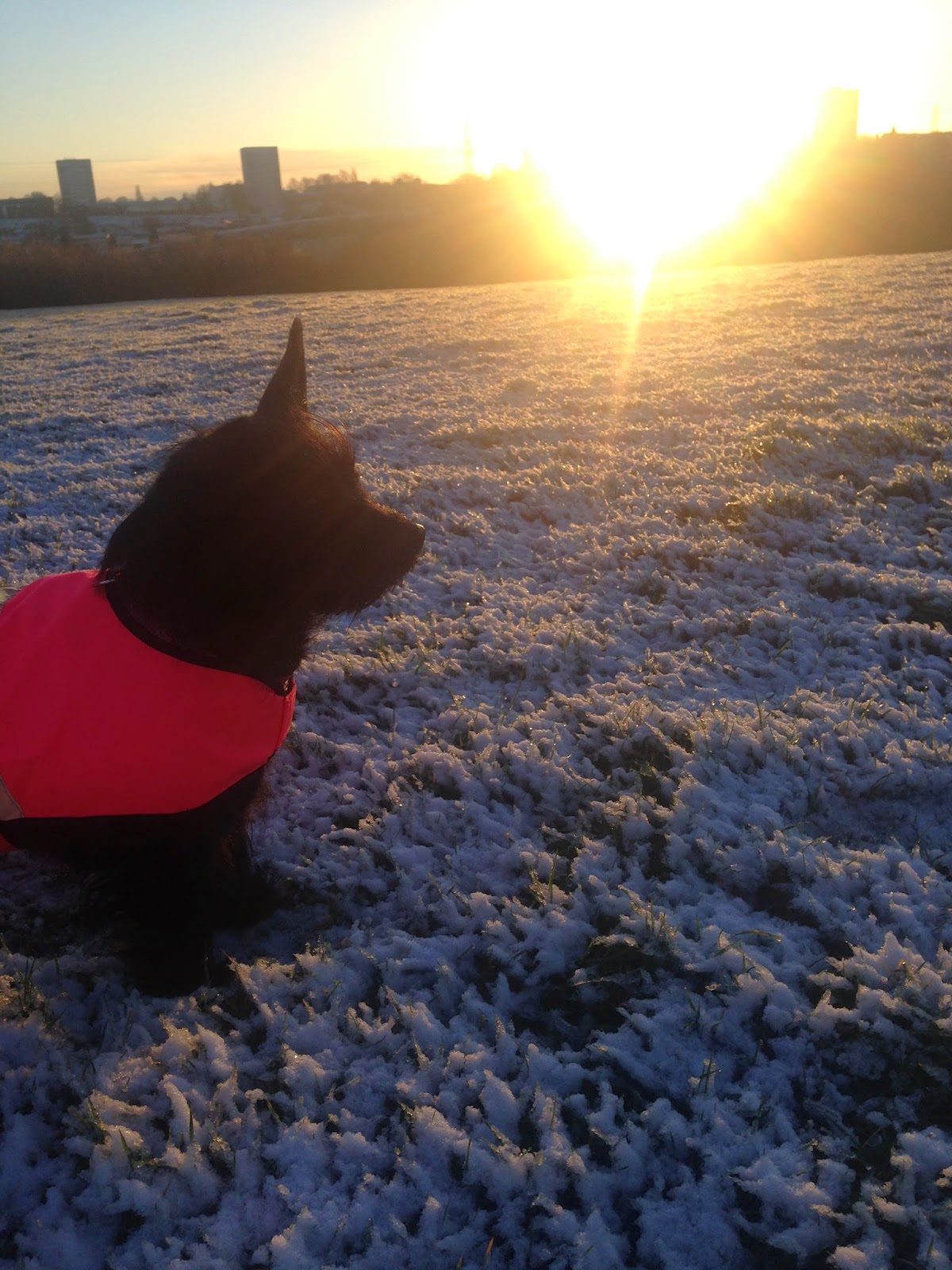 Sundays have started to become our favourite day together. We are both off work, at home, and spend them with no-one but each other! Long lie ins, going out for breakfast and then spending the afternoon either baking, taking Willow for a beautiful long walk in the countryside near where we live, or snuggled up watching a film together. One such Sunday afternoon we decided to make Tiffany blue, champagne flavoured vegan cupcakes, which were gorgeous! And THEN snuggled up on the sofa together to watch a new boxset we have really gotten in to together. 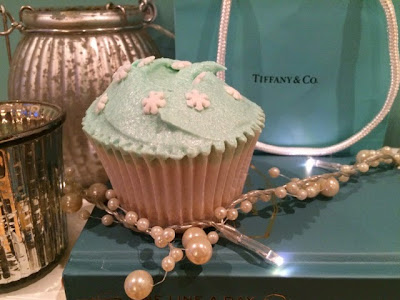 This month we have also really started to think about what we want to achieve this year and baby making is pretty much top of our list. We are determined to start IVF very soon after our failed home insemination attempts last autumn. Lauren had a long conversation with the fertility clinic a couple of weeks back, who are ready for us to start when we are ready. But we always maintain that the one advantage we have over this process if timing, so would rather wait until later in the summer so that any potential child conceived would be born next spring. So it's looking likely that we will begin in May / June time this year, all going well.

We were interested to see a documentary recently 'the Vikings are coming' about the Danish sperm bank we used for our home insemination. We were glad to see that a women who opened by saying 'buying sperm is easier than buying a puppy' soon learn that although the purchase is easy, the process definitely is not! People need to bear in mind that it's not much less expensive than IVF, but has an 8-20% success rate.  There's also the fact you have to time precisely when you are going to ovulate to order the sperm in time, and then defrost and insert the sperm correctly! To anyone thinking it will be sexy or romantic - anyone who has tried home insemination will correct you it's anything but! We are happy that we gave home insemination a good few goes, but it's too expensive and difficult to justify the low success rates. We'll be glad to start IVF in summer, and leave it in the hands of the professionals!

In non baby making news, Lauren gave up her job just before Christmas, as it was making her incredibly unhappy, and some things in life just aren't worth being so unhappy for! So as much as she has enjoyed being at home most days, being a housewife, we both agree that this role isn't for her either (she cooks amazing food but let's not talk about her non-existent tidying skills) and the sooner she gets back to work and leaves me to do the housework the better! She has applied for around ten jobs, been interviewed for all of them and has been offered all but one. The one that seems most attractive would involve her doing a bit more travelling around the UK, working more independently as opposed to working for one Trust, and would mean we can continue to enjoy life and save a little. She has until the end of the week to really decide, and will probably have started with them by the end of this month. Until then we can eat more of this gorgeous vegan fare she produces, and Willow can enjoy the long walks her Mummy takes her on every day!

The past three months haven't been easy, but February looks brighter, clearer, and more positive. We are both ready for the change, we are ready for this new twist in direction life has brought us. We have learnt a lot, changed a little for the better, and are ready to face spring with a real sense of optimism and happiness.