Our article in Glamour magazine!

We were very excited to be featured in this months Glamour magazine!

I remember being given the first ever issue of Glamour magazine when I worked in fashion aged 16 (14 years ago- eep!) and have been a fan ever since, as they include important political and social issues amongst fashion and beauty. Recently I have noticed that they often include a same sex couple, especially as this is always in articles where their sexuality is not the topic of the article.
So when we were approached to be involved in a piece about couples who have been together many years, we were happy to take part!

Lauren is much more of a natural at talking than me, and I felt a little awkward, although the writer was lovely and has even kept in touch. We chatted to her about how and when we met, little things we do for each other, how we spend our time together, what we like about each other, and why we think our relationship has worked so well, and lasted so long.

We aren't very 'public eye' type people at all, and have previously turned down things like this, and asked for our blog address to not be included in the article - however, we wanted to take part as we think it's so important for a same sex couple to be shown in an example of normality, and in a successful, long lasting relationship that resulted in marriage, particularly in such a popular publication.

It's the April issue (out March 2nd) so give it a read! 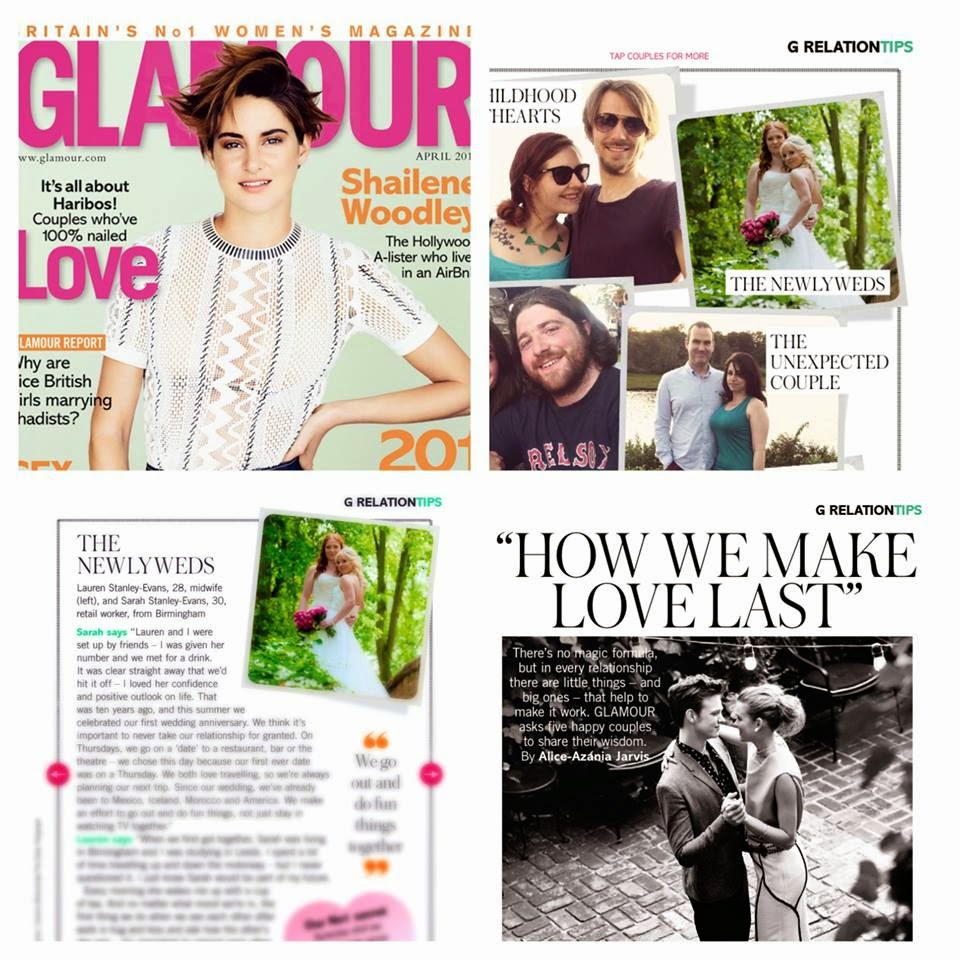