Veganism - Do you get bored of salad?

Our followers that follow me on Instagram may have noticed recently that I became vegan again, and I have received a few questions about how difficult this is. After Lauren and I first becoming vegan in 2005, after a break of a couple of years I feel much happier becoming vegan again.

Information on veganism can be preachy, scary (I'm not going into the animal welfare part of veganism, as it's just too horrific. Yes I believe if you're going to eat something you should know how its produced, but this isn't the place), or just seemingly unrealistic, so I thought I'd post a more realistic example of what I eat - spoiler: it's more chocolate and pizza than salad.

Veganism seems to be increasingly popular at the moment, with celeb vegans including Natalie Portman, Alicia Silverstone, Ellie Goulding, Sia, Lea Michelle, Anne Hathaway, J-Lo,  Ellen Degeneres and Portia DiRossi.
I'm guilty of looking at Instagram pictures of beautifully photographed recipes with hundreds of exotic ingredients, mainly of fruit or raw vegetables - however most of us do not have time in the morning to prepare beautifully layered chia pots with sprinkles of freshly picked fruit, nutrient packed smoothies or quinoa bowls with 25 obscure ingredients!
Don't get me wrong, I love salads and stir fries when they are full of flavour, and I recently cooked a few recipes from the Oh She Glows vegan cookbook - ok I skipped past the juices and went for the Apple & Pear cinnamon maple granola 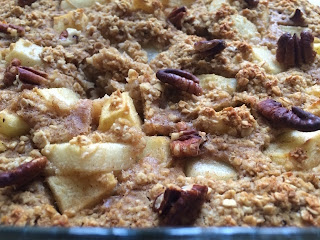 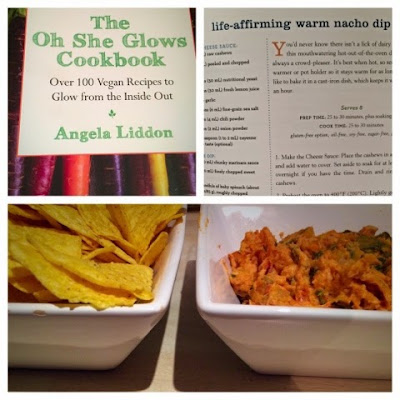 (This is meant to be a side, but as I cooked this to pass an evening while Lauren was working, and was eating dinner alone, I made it for dinner. It was absolutely delicious, and I do not at all feel bad about eating a bowl of cheese dip for dinner. Ok, I felt slightly queasy, in a Joey-from-Friends "I'm not even sorry" kind of way)

However, 'cooking experiments when I have a free afternoon' aside,  I though I would show that veganism is definitely possible if your a non LA resident, lazy, junk food lover like me!

Obviously the staples of a lot of meals - vegetables, potatoes, pasta, and rice are vegan, as well as beans and pulses like quinoa, cous cous and chickpeas.
Replacing the basics is the best way to start being vegan - firstly I replaced milk, butter, and cheese with these alternatives. Dairy free milk, butter and cheese can be found in supermarkets, Holland & Barrett, health food shops, and Ocado. Milk was the most important thing for me to cut out of my diet after learning about the milk industry - it's odd how many people think cows produce milk natuarally, and that in a society where breastfeeding is sometimes referred to as unnatural or weird, we pour cows breastmilk on our cereal! 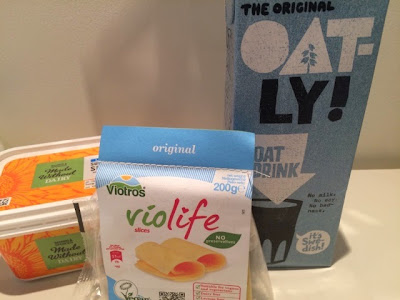 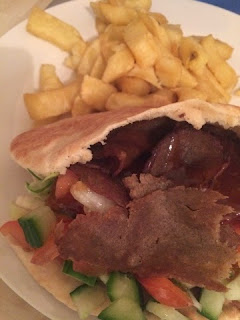 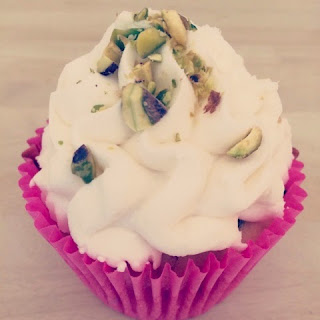 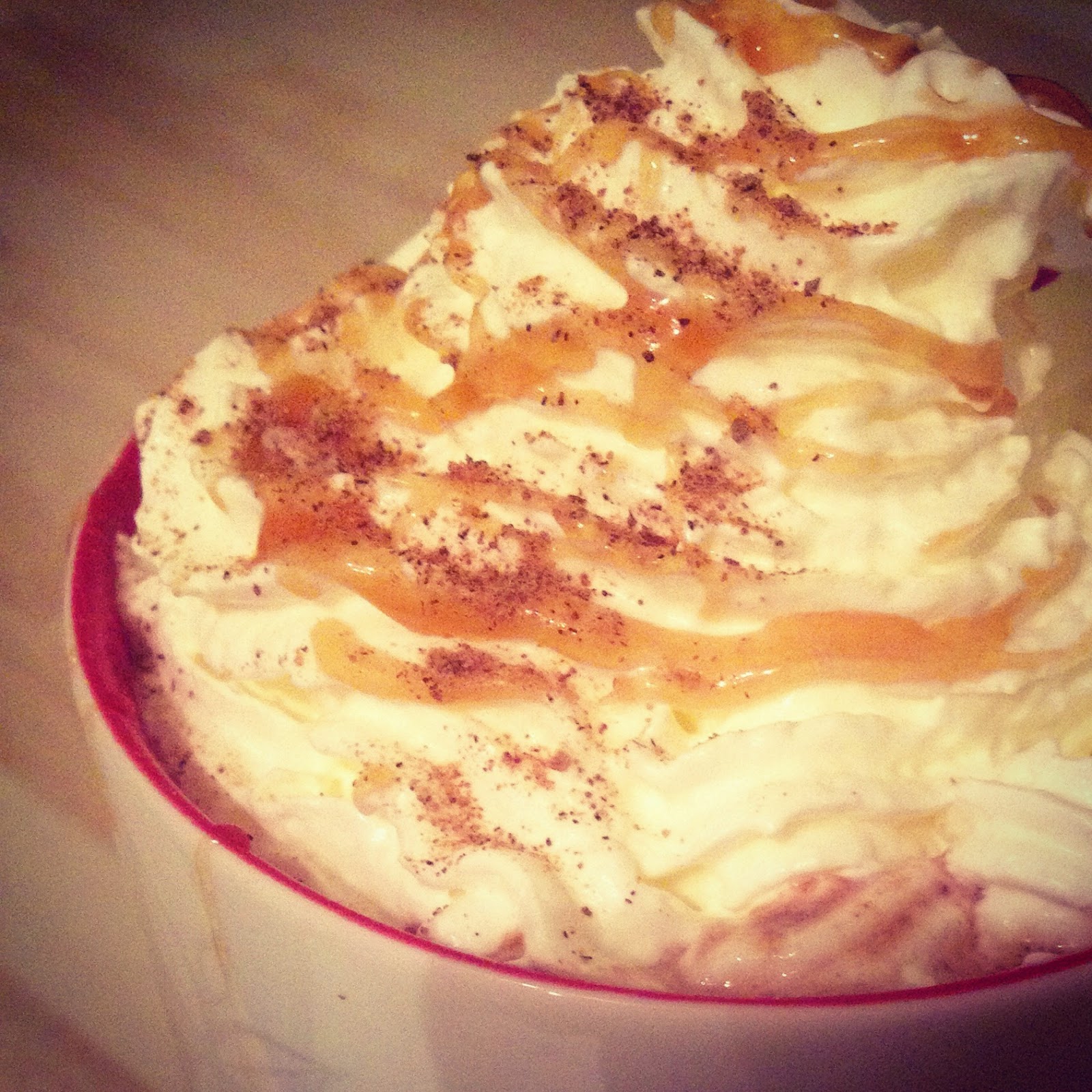 Vegan chocolate is amazing. Usually darker and richer than dairy chocolate, Vego bars are delicious, and vegan wagon wheels are the nectar of the gods!
Even Hotel Chocolat have 'no-milk milk chocolate', and a lot of dark chocolate such as Green & Black and Seed & Bean is unintentionally vegan. As are Oreos! 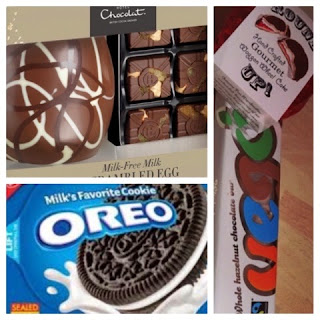 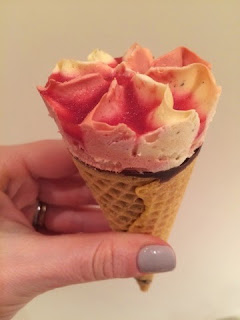 Waitrose and Holland & Barrett sell vegan ice cream, and Tesco does amazing vegan cornettos!
I also have a vegan subscription box The Vegan Kind which delivers 6-8 vegan food and beauty products every month.

For breakfast I have porridge, crumpets, cereal bars, toast with chocolate spread, or if I have more time - vegan sausage sandwiches, pancakes, or a fry up with vegan sausages, vegan bacon, mushrooms, hash browns, baked beans and tomatoes. I usually have tea with vegan milk, or coffee with flavoured creamers.

For lunch at the moment I love pasta with vegan pesto, soup with hot buttered bread, peppers stuffed with cous cous and topped with vegan cheese, salad with vegan bacon, potato, peppers, asparagus and salad dressing or ramen with vegan chicken. I also love stirfrys with lots of vegan chicken, ginger and soy sauce! 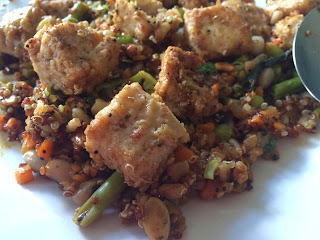 For dinners, my favourites at the moment are pizza, vegan cheeseburgers with sweet potato wedges, vegan chicken curry and rice with poppadoms, lasagne with vegan mince and cheese, burritos filled with rice, vegan mince & veg, or macaroni cheese. 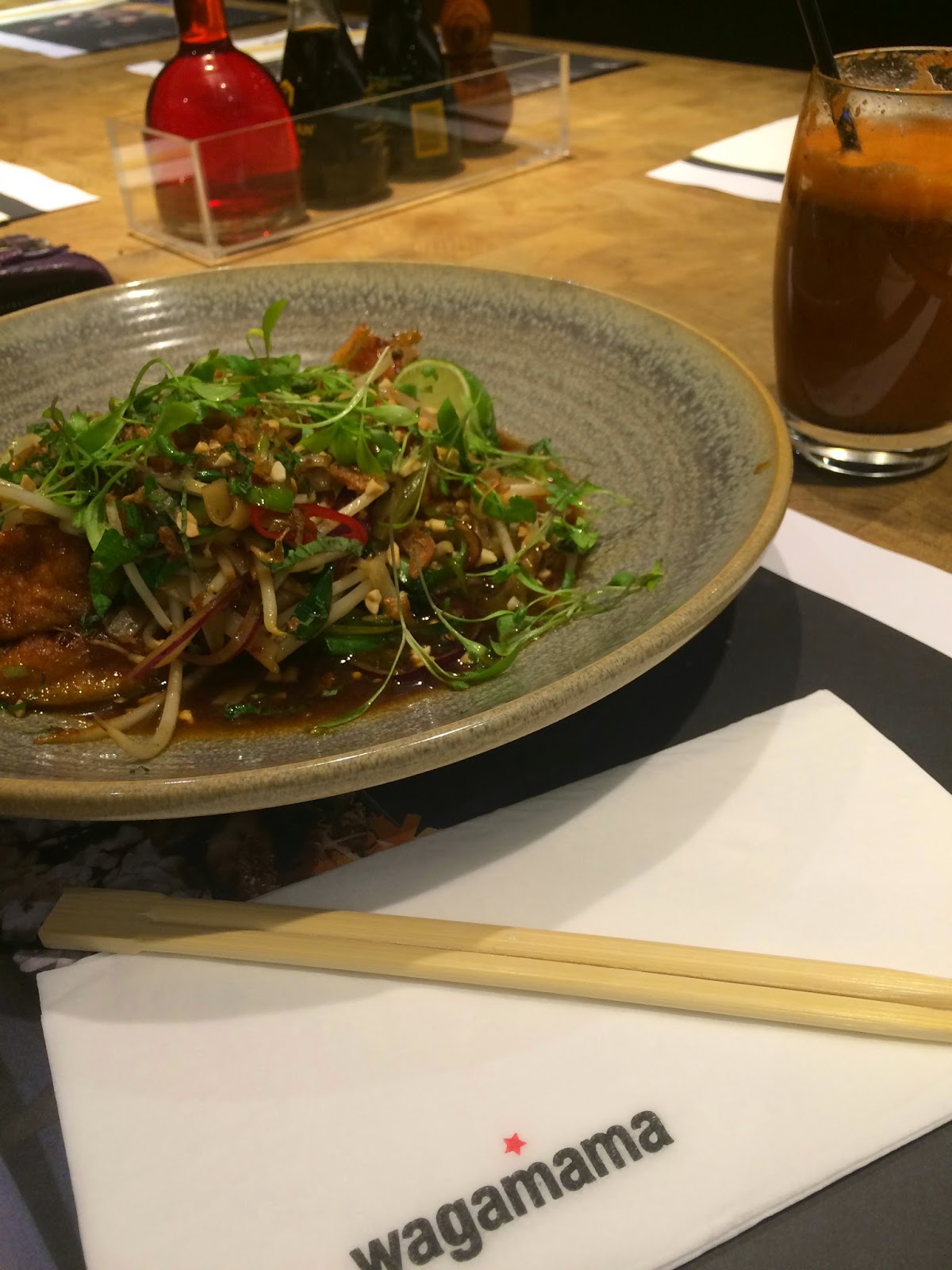 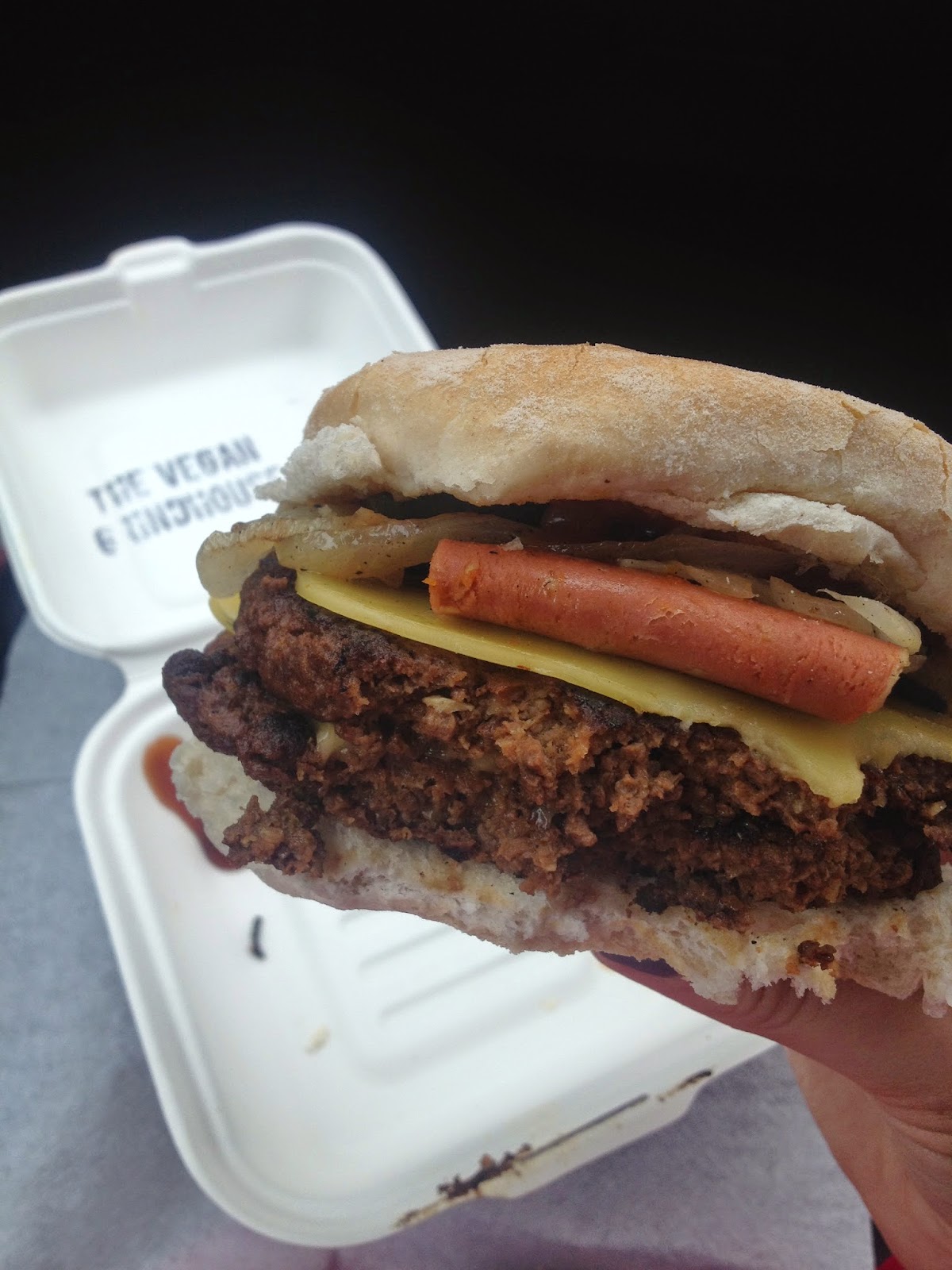 I still love Starbucks - they have soy milk, and apart from some of the hot chocolate, and the hazelnut/caramel machiatos, most things can be made vegan. 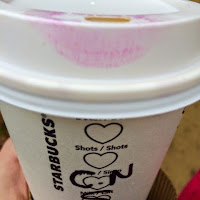 As for as toiletries, Superdrugs own brand range is completely vegan and cruelty free - including haircare, skin care, bath & body products, a brilliant skincare and make up range called B and some 3 for 2 99p face masks that are amazing! 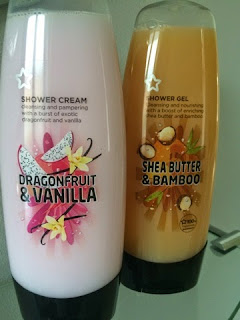 Lush is also mostly vegan, as is Liz Earle skincare which I love.
Apparently Barry M, Elf, Illamasqua and Gosh makeup is also vegan friendly, although vegan toiletries and beauty is still something I'm learning about. I do however love vegan candles from Harpers Bizarre and Woodwick. 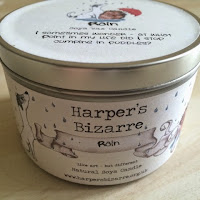 The most common questions I get are:
Hopefully this has been somewhat interesting and has dispelled a few myths about the vegan diet!
If you are interested in trying out being vegan, there are some great vegan food blogs and Instagram accounts online, a vegan magazine VeganLife, or a great documentary called Vegucated, following 3 people that try going vegan for 6 weeks. There are also the Vegfest fairs around the country, which we went to in Brighton recently. Or, of course, feel free to email me!

Now excuse me, I need to hunt down another of those vegan wagon wheels, so I'll leave you with these vegan products you might not have guessed were vegan! 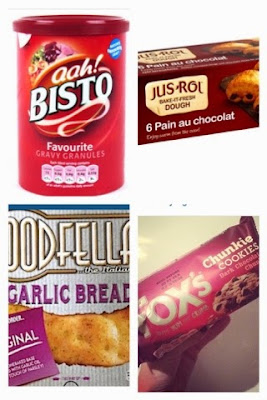 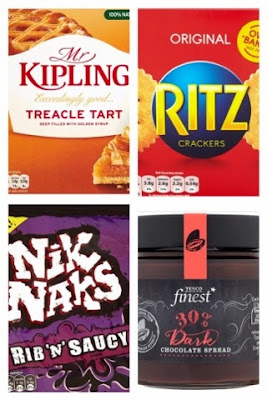 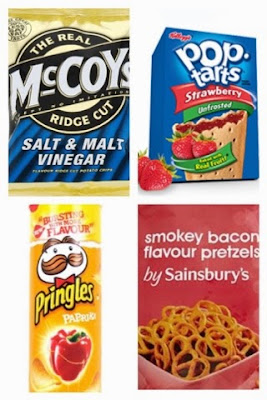 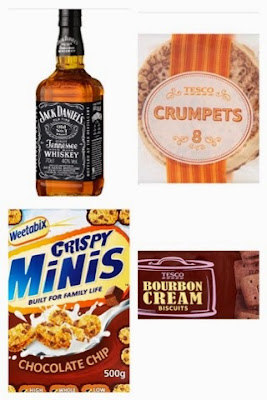