Each month we write a 'journal post' - as our blog is part information, part our personal memory book, we like to have the odd pointless post to look back on :)
Our journal post for April feels like a strange one, as it seems to have been a really long month! We had been so looking forward to our trip to Brighton at the end of March, and then Lauren's birthday at the start of April, so after those much anticipated times came and went, we found ourselves with that awful  'nothing to look forward to' feeling! The weather also seems to have a done a huge 180 and is now sunny and warm most days, meaning that the wintery weather we had up until the end of March feels like months ago! So here is what's been making us smile in April...

First up we celebrated Easter. As we discovered last year, Easter, instead of being a Christian celebration, it is in fact a Pagan celebration of a lunar fertility goddess! And therefore something that should definitely be celebrated (with chocolate of course!). Lauren worked the night before, delivering some Easter babies, and came home to enjoy of vegan chocolate goodies, and doggy treats for Willow! 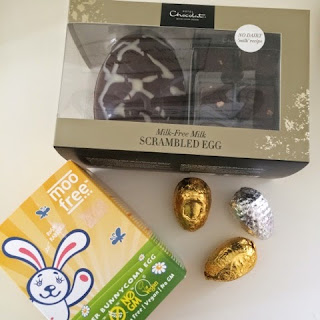 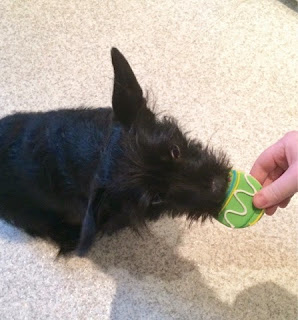 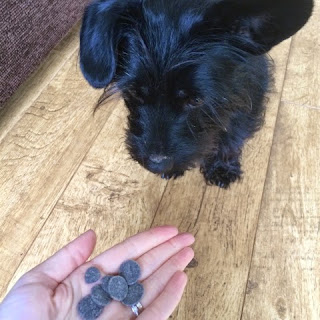 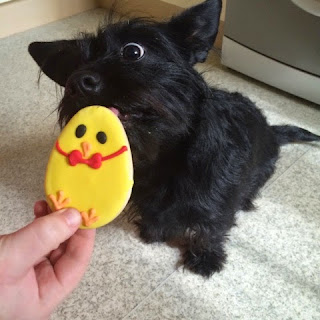 We spent Easter evening at the cinema. It's funny that we don't often go to the cinema (what's with people talking throughout the whole film?!), yet we also ended up going to the cinema last Easter. This year we went to see Cinderella, which we loved, and had a great time snuggling down with pizza and chips to watch it. Very Disney, and very girly! I secretly hope it becomes a bit of a tradition, as it's always fairly quiet, and is just generally a lovely thing to look forward to! Plus we are loving that more and more cinemas are moving away from the dirty, rundown places with sticky carpets and popcorn all over the floor to places with proper sofas, where you can drink a cocktail or eat a pizza and enjoy a film! 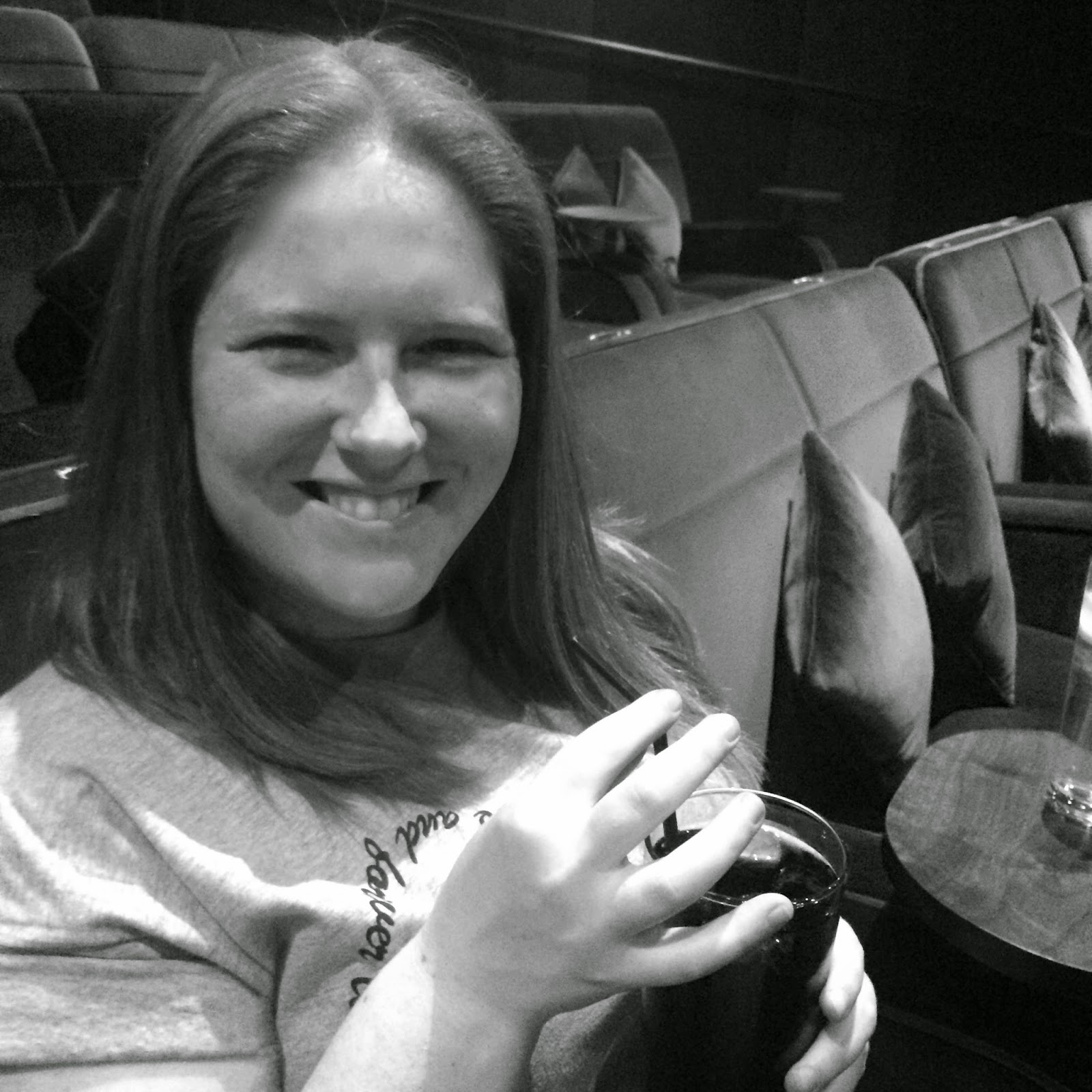 Cinderella has been discussed by the media as being anti feminist, and a step backwards from the more modern ideals of Frozen (of which a special Frozen feature film was shown before Cinderella).
We find this backlash interesting - yes, the message that family is important, and love doesn't always happen like it does in Disney, and people aren't always what they seem, as portrayed by Frozen are important messages to teach to little ones. But Disney is about magic - it's escapism. And sometimes, love does happen that way. The minute I met Lauren, I knew she was my one, she knew we would end up having children together. Sometimes love at first sight isn't just a fairytale. But also, the character of Cinderella makes a promise to her Mother to always 'have courage and be kind', and really, are there two more important things to teach children than courage and kindness? We think not. A lot of good could be achieved in the world if only people had more of both of those qualities. (Sarah was also highly impressed at the anti hunting message - 'just because something has always been done, doesn't mean it's right!). All in all we loved the film, even if the differences in the reactions from men and women in the room was hilarious! 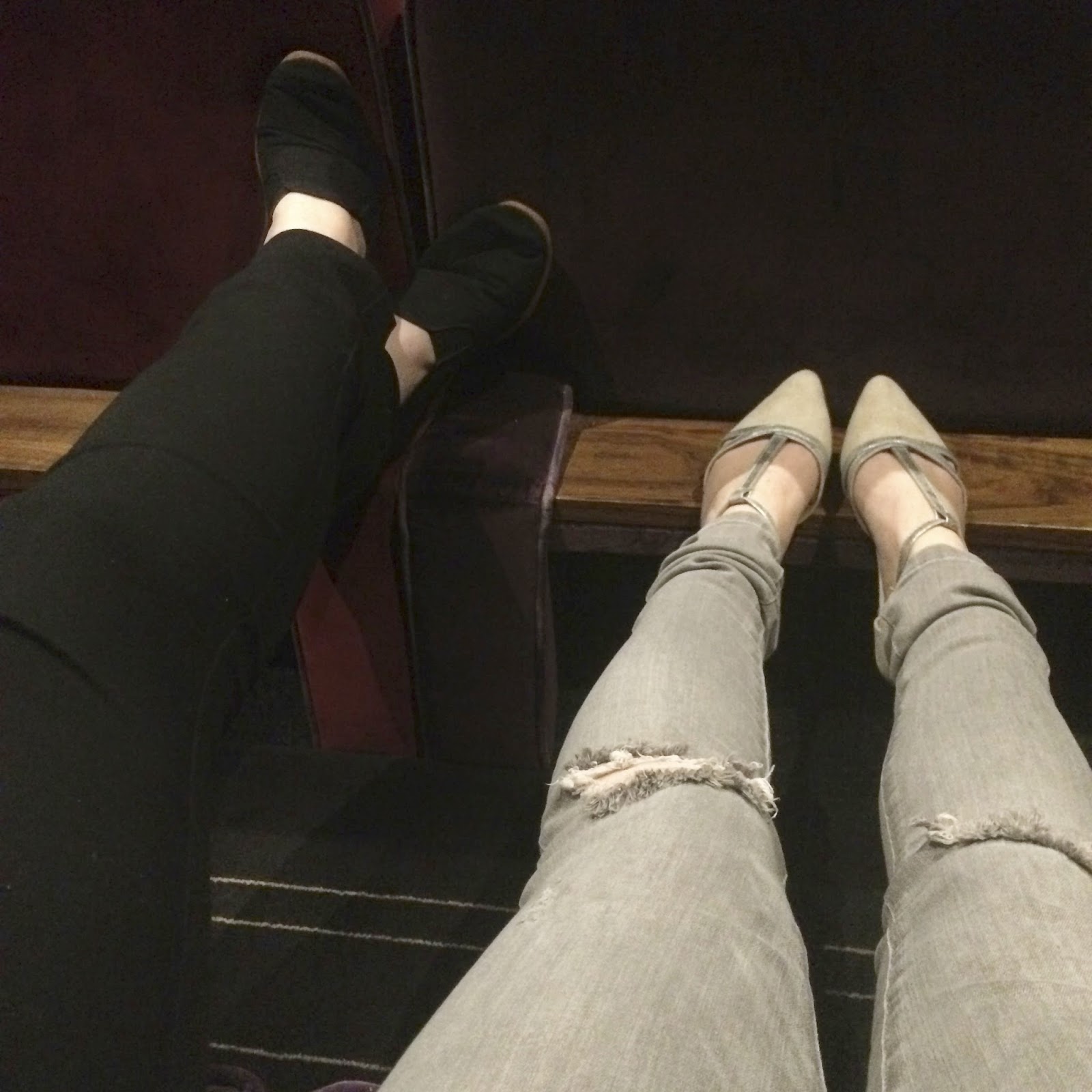 My feet only just reaching the footrest!

We had a very special day on 10th April, as it was the official adoption date of E, a little girl adopted by Lauren's cousin and her partner. Although E came to live with them in September, the official adoption day marked the day she became legally their daughter. We joined them and 10 others of their family and friends at court, and had to hide tears at the judges words 'this little girl will always know how much she was wanted." As people about to embark on IVF, these words definitely struck a cord with us. After being given a certificate, and a teddy bear for E, we had pictures taken, then all went for a celebratory breakfast together. 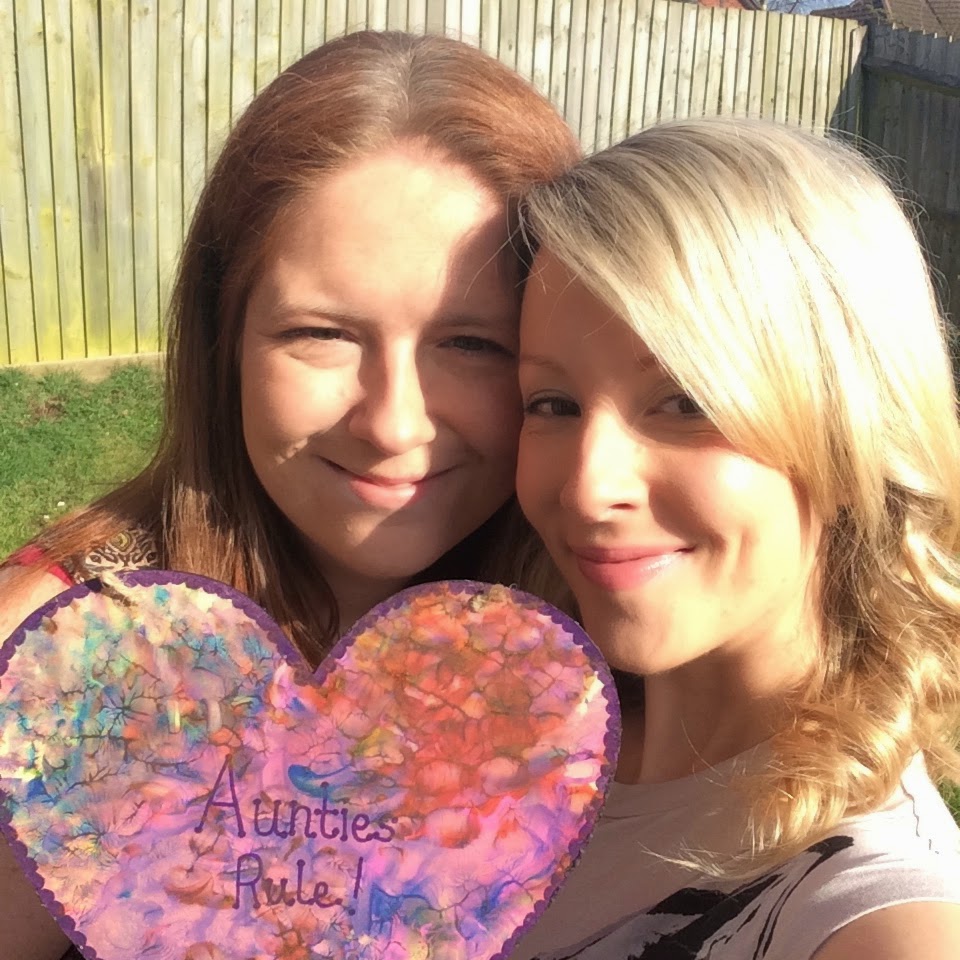 April was definitely the month for the sun making it's appearance! All of a sudden, it felt as though spring was in the air, and gave us a little taster of summer (although England often fails us on that one, but here's hoping!). Spring for Lauren means one thing - blossom! Her favourite colour is pink, so all these beautiful pink blossom trees everywhere make the world look so pretty in pink! Plus all of the gorgeous spring flowers of tulips and daffodils just add a huge hit of colour wherever you go. The arrival of the sunshine meant that on lazy afternoons together we can simply chill out together in garden, reading books and drinking ice tea, or walking near to our house with our faithful hound. 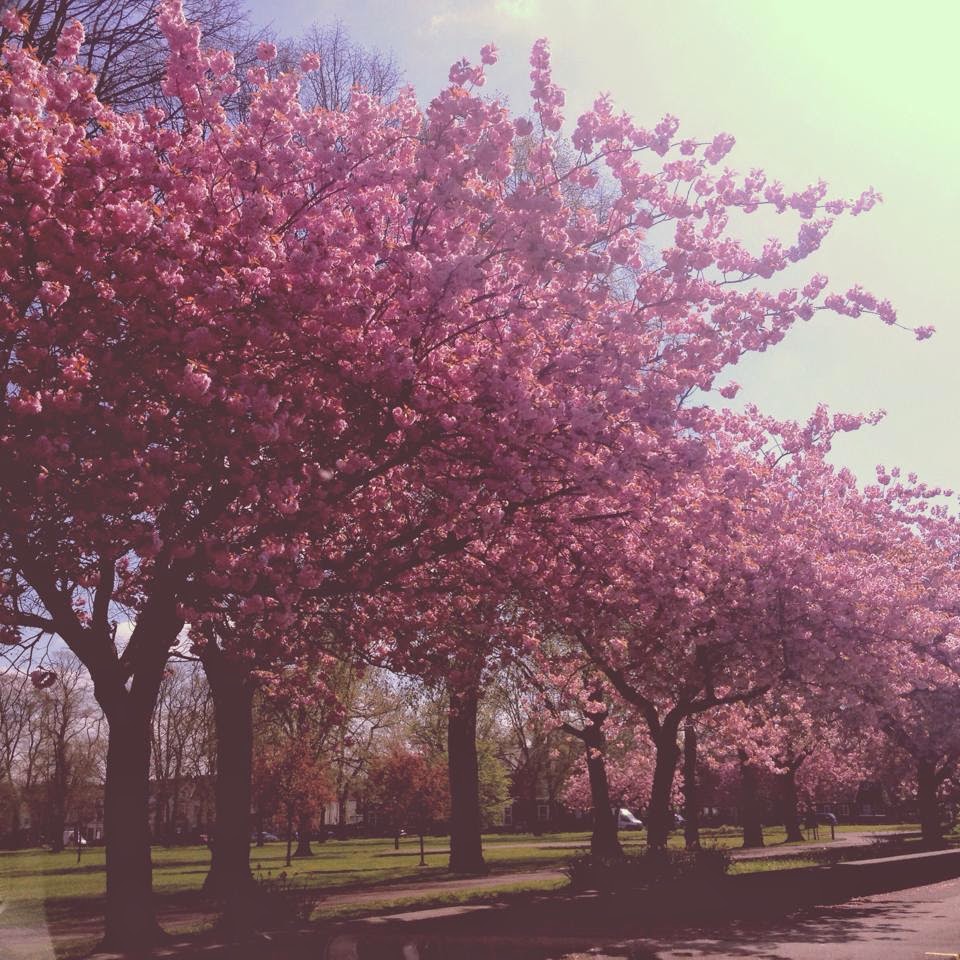 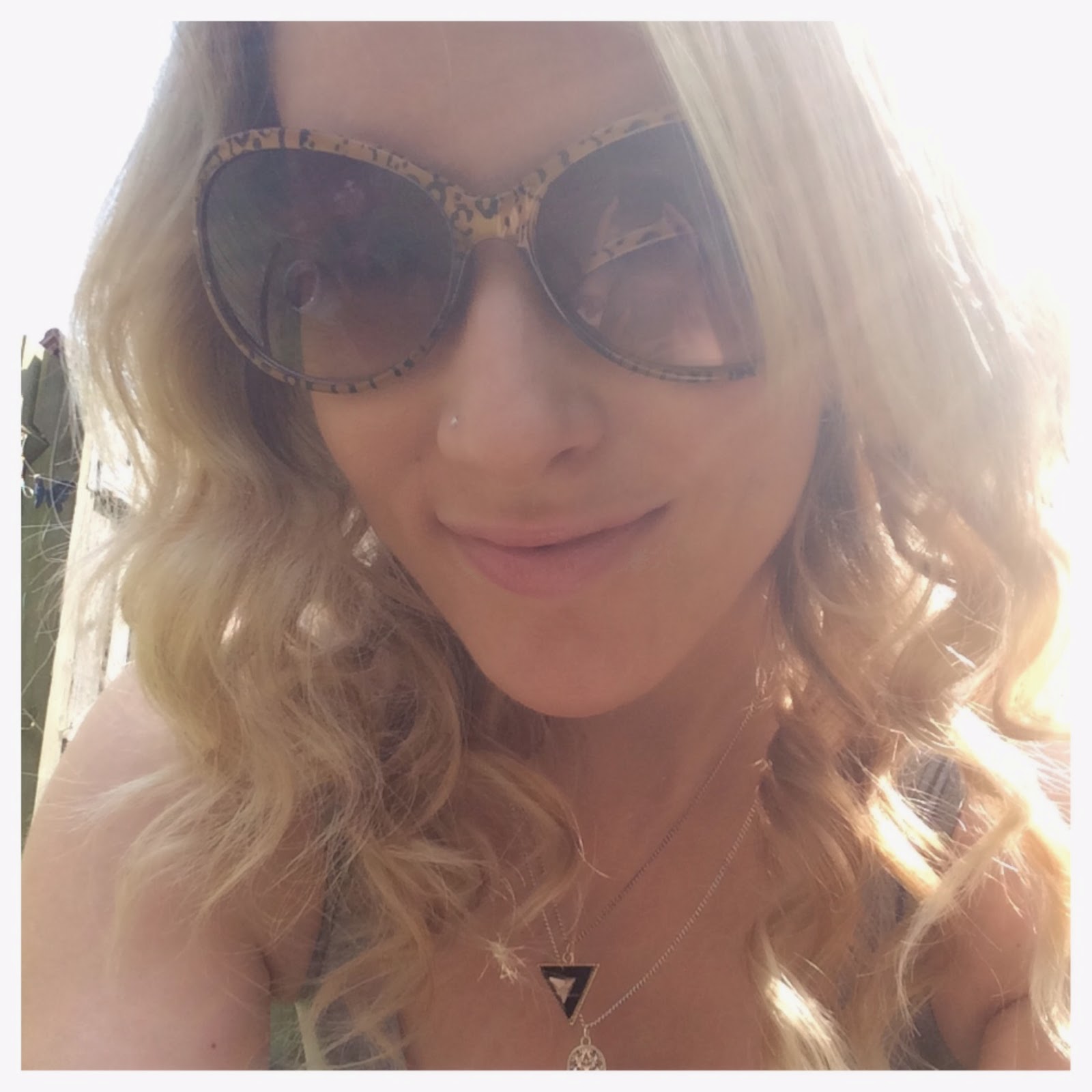 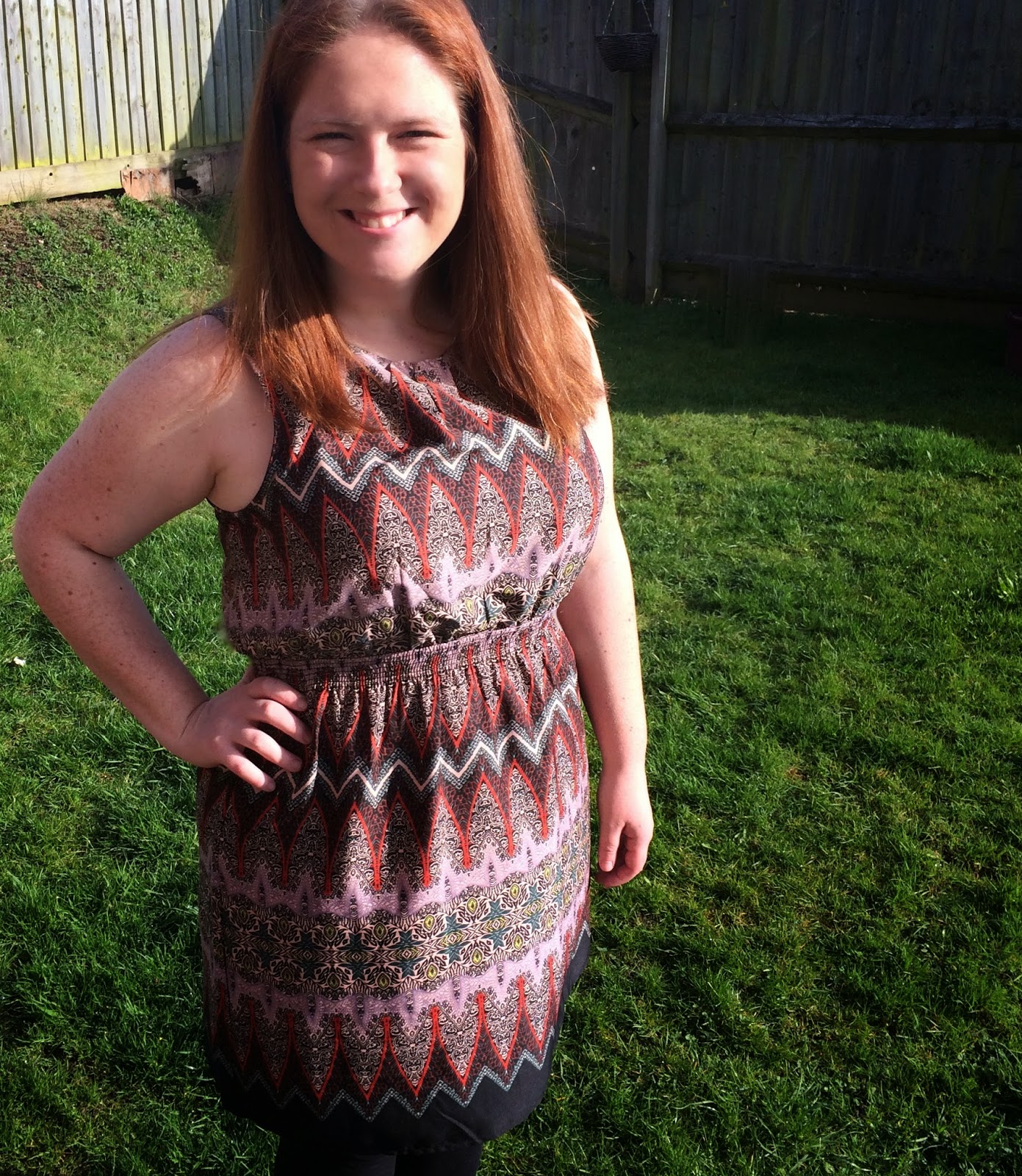 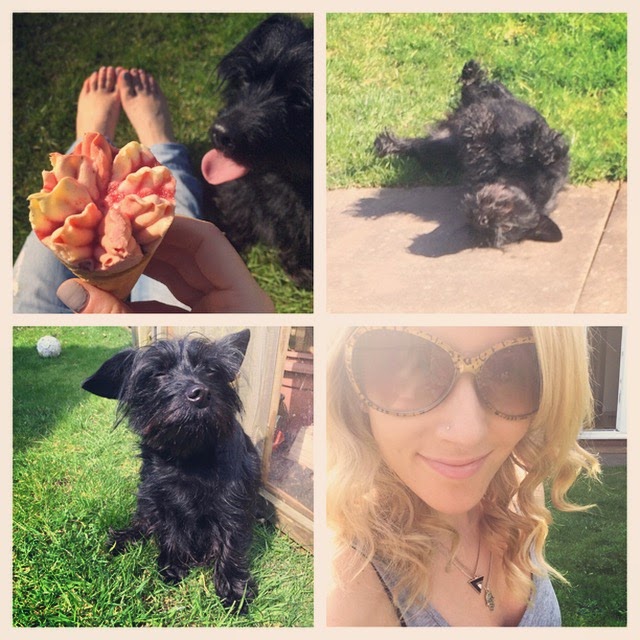 In April, we have unusually succeeded in making sure we spend time with a lot of different family and friends, turning a month where we felt we had little to look forward to in to time to spend together in our lovely home city. We caught up with so many people, from friends we saw last week to ones we haven't seen in a couple of years. 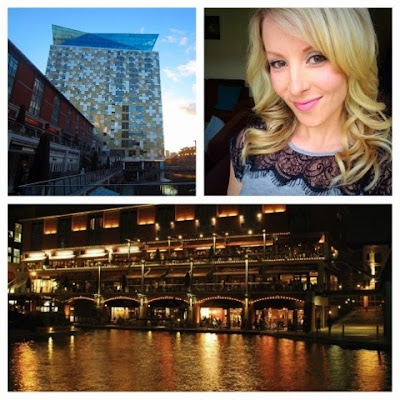 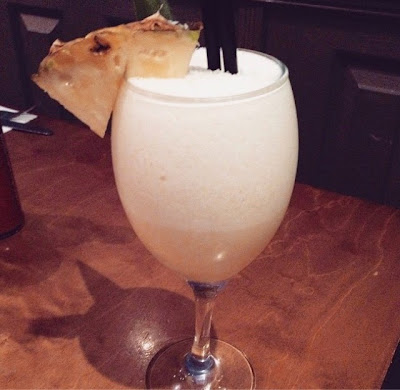 As for dates for just the two of us, we've been for lots of meals out, day trips to nearby places, and walks in local parks. I love that we still love making an effort and going on a traditional 'date' even after ten and a half years! When I met with friends for dinner recently I was sad to hear one of them saying that her and husband feel more like friends now, after being together for 8 years and married for four, and a gorgeous little boy who is nearly two, she said they love each other but it's different now, they are more like friends who live together. Well maybe we are lucky that that is just not the case for us, our love for each other seem to get stronger by each year that ticks by, not lessen!
One of our favourite date nights was a kitchen takeover at our local pub by our favourite street food trader, an American vegan company. In the pub's cosy back lounge, we were the first to arrive but soon the room was packed with people - we were surprised but impressed that a vegan event was a sell out!
We enjoyed a feast of spicy buffalo cauliflower, cheesy nachos, cheese burgers, philly cheese steak sub rolls, bbq beans, coleslaw and giant ice cream cookie sandwiches, plus a drop or two of jack and coke! 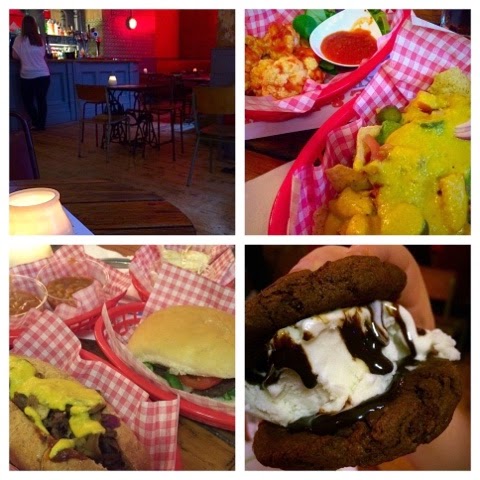 And then the end of the month brought quite unexpected happiness for both of us in terms of work. Firstly, my store won the National annual 'Store of the Year' competition. After being shortlisted for the final back in March, the final involved a store visit by the managing director plus two other executives of the company. Each store had to produce a video, scrapbook, and pitch to them why they thought their store should win. Knowing we were in fierce competition with another store not that far away, none of us really felt that hopeful that we would win. But the visit went extremely well, the executives spoke to all of us about why we enjoyed working for the company, and I was highly complimented on my 'top organisational and management skills' in my area (which is maybe one reason why I was promoted to 'specialist' in my area during my annual review two weeks later!). The highlights were a champagne brunch, where my manager had to deliver our pitch to them, and our music video style 'Uptown Funk' video pitch. Nerve wracking much! And then on the 30th April, at the annual conference, it was announced that our store had won! And the prize? Well it's an all expenses paid trip to St Lucia!

Also on that day, Lauren was offered a promotion and permanent contract at one of the hospitals she has been working at recently. She has been helping with the implementation of a national computerised system for labour and delivery care, as she had experience of it in her last Trust, who were a pilot site, and is now being rolled out across the country. The Trust she is currently at have been so impressed by her knowledge, attitude and care that they want her to work for them permanently. The only problem is it's over an hour and a half from home, and would involve some degree of her having to stay away for work. So all of this with the thought of our baby being potentially on the way soon has given us a lot to think about.

So instead of thinking about it, we have decided to wait and see how things go over the next few weeks, and instead celebrated with a long walk round our favourite park with our favourite bear. A chance to enjoy the sunshine, the gorgeous pink trees and multi-coloured flowers, and reflect on what has felt like the longest month in history! 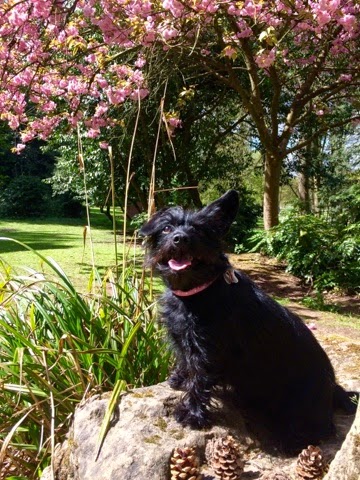 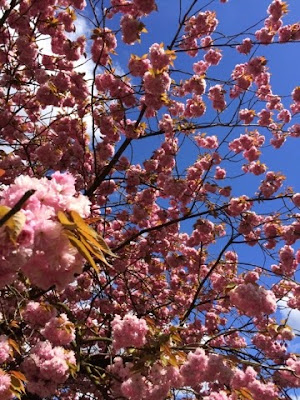 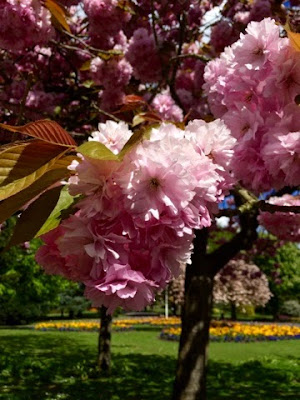 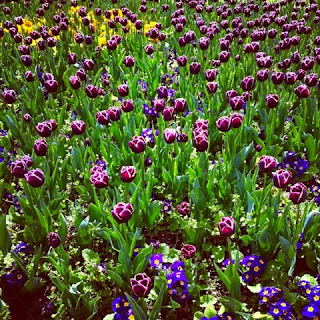 Farewell April. It's crazy crazy crazy to think that IF our IVF goes to plan and IF it works first time and IF the pregnancy goes well…next April will baby our baby's due month!
Posted by Lauren And Sarah