In the build up…. fertility foods.

A friend once told us that the IVF path was all about choosing the path of least regret. They knew as a couple that regardless of whether they cut out caffeine or not, and ate tons of avocados or not, they would accept the outcome, whether that was a positive or negative pregnancy test at the end of the two week wait. They believed that either it would work or it wouldn't, it was largely out of their hands, so they chose to just carry on as normal.

Over the past few weeks, with our IVF looming, Sarah and I have talked a lot about this, and are both in agreement that we are almost at the opposite end of the spectrum; if we didn't try everything we could to make the cycle a success, we would always be left wondering, what if?! Therefore we have made a few little changes, invested in some bigger changes, and embarked on a journey to make sure my body is absolutely at it's best. This was going to be one blog post, but it got too long, and so we have split it down in to each section!

I have written before about my struggles with my weight. I was an overweight child, a fat teenager, and then a really big student, when I found out that you could buy a whole takeaway for less than a fiver at the Chinese opposite my student halls. In adult life I've resembled a yo-yo. Up to my highest weight and then down to my lowest, never quite finding my happy medium. I know how to diet, thus losing weight, and I know how to overeat, thus piling it all back on again. So over the past six months I have worked really hard to STOP DIETING! I know, it's ridiculous isn't it. But I needed to stop the cycle of "I'm on a diet, I need to only eat these foods" to "I'm not dieting this week, I need to eat everything else that I'm not normally allowed because next week I won't be able to again". The only way I was going to stop the yo-yo was to stop dieting altogether and start seeing food for what it is - food. Fuel for our bodies, not a treat to be had after a bad day or a way to cheer myself up. I sound virtuous hahaha, I'm not. But I was driving myself insane!

Fertility clinics insist on certain things before treatment - no smoking, limited / cut out alcohol, and BMI under 30. And amazingly I have found that I have lost quite a bit of weight by not dieting. I roughly followed the principles written in 'Beyond Temptation' whereby if you want it, have it, but if you don't, it'll still be there tomorrow…next week etc. So my BMI has fallen under 30 and I want to keep it that way - healthy BMIs also lead to far healthier pregnancies. Less chance of diabetes, less chance of pre-eclampsia, less chance of a small and under-developed baby, less chance of needing a caesarean section, less chance of getting a postnatal infection…the list goes on.

But in addition to making sure my weight was in the prescribed limits, we also started to read around certain foods that are supposed to have fertility boosting superpowers. Yeah right! But again the argument of 'it's not going to hurt, it may help, and it won't bankrupt us in the process' made us look further. And found there are a list of things to really try and include, and a list of foods to actively avoid. Therefore we have changed our diets to reflect this.

Listed in the foods to avoid are foods that we wouldn't usually include in our diets anyway, so that's pretty easy - processed meats, full of pretty unhealthy fats, additives, nastiness and yuk, (nope we're vegetarian), fried foods containing loads of trans fats (not ever really seen on our plates anyway, I can't remember the last time I ate fried food), dairy, because of the many fake hormones and antibiotics found it cow's milk, and refined sugars and carbs…white bread, sugary drinks, white pasta, sweets etc, because sugar plays havoc with your insulin response which can in turn make your ovaries a bit crazy.

And then there's the foods that work well with fertility. I suppose the underlying principle is that the food we eat powers the processes that happen in our bodies, and baby making is a pretty huge process for your body to undertake, so eating good foods can help your body on it's way. Search 'fertility super foods' on google and you will find many different lists, but the common ones are:

- avocado. Full of monounsaturated fats, which are known to protect the heart and brain, and are thought to lower inflammatory response in the body. The same fats are found in nuts, seeds, olive oil and sunflower oil.

- kale (and other green leafy veg). Packed full of folate, B6, B12, Vitamin C and Iron, green veggies are amazing, and we love them!

- almonds, and brazil nuts. For different reasons - almonds have tons of Vitamin E, and are wonderful at stabilising blood sugars, whereas brazil nuts are amazing sources of selenium, which is a super antioxidant that improves egg quality, and is supposed to aid implantation of embryos.

- honey. may be a bit of an old wives tale but honey is believe to have been offered by the ancient Egyptians to the God of Fertility, and is supposedly the ultimate food of love. Honey is another insulin stabiliser as it is naturally sweet but doesn't send your blood sugars on a rollercoaster after you eat it. Mixed with cinnamon, honey is believed to boost blood flow to your uterus, to help implantation.

- bananas. Magnesium, and B6 in droves. Both essential for building good quality eggs. Apparently.

- raspberries. High in Vitamin C and supposedly meant to make your lining thicker and more susceptible to an embryo implanting.

-protein. As in good protein, not go to Mcdonalds, eat a load of cheeseburgers cos then you've had meat and cheese kind of protein. More like eat a load of hummus cos chickpeas are crammed with protein! As we are both vegan (well, I'm vegan-tarian I reckon, I eat vegan about 80% of the time, but don't say no if someone offers me a slice of cake that's got egg in!). We eat vegan at home, and people are often bemused at how we get enough protein. Lentils, grains, beans, nuts, seeds and green veg all contain a heap of protein, as do meat alternative like quorn (not vegan but veggie friendly), and soya-made meat free chicken / mince / products in supermarkets. As it takes an egg 90 days to mature in your ovary, and eggs need a lot of protein to grow well, it's important that your protein intake is high.

So that's all the food sorted. And really, it's all covered just by eating well, so it's hardly a chore to eat yet another bowl of my beloved porridge with banana and almond butter with a sprinkle of seeds on top. Yum. 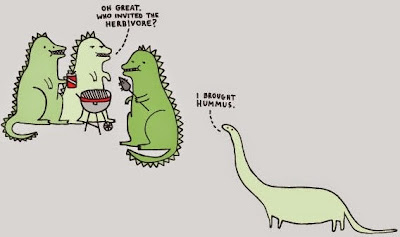 But for me the hard part came in the drinks to avoid. Alcohol is a known teratagen, it affects growing fetuses hugely. But as I don't drink (except for like once every six months if I'm really in the mood), this wasn't a problem to stop altogether. The problem for me is cutting out caffeine. Caffeine is linked to early miscarriage. It can raise your chance by about four times. This is four times too much risk for me, so I decided to cut it out altogether before even starting on our IVF journey. Ugh. I love tea. I love it. I'd rather drink a good cup of tea over a glass of champagne any day. I meet my friends for, well, tea. I look forward to my cup of tea in my lunch break at work. I have been known to drink over 10 cups a day, I love it. And I can't say it's been easy to wean myself off. At first I thought it'd be easy cos I'd just swap it to really cold, really fizzy diet coke. Nope. Contains caffeine. Caffeine free diet coke? Nope, too much aspartame, again very bad for you during IVF and pregnancy. So I've had to swap to really boring, bog standard, water! I miss you tea, I really do. But we will be friends again one day soon. I'm down to two cups a day, one when I wake up and one mid-afternoon. But soon I hope to drink none at all. Wish me luck (and thank god Starbucks do decaf coffee, we wouldn't cope without our Starbucks trips!).