This week has been a long time coming and at times felt like we'd never get there. Our IVF journey started pretty much a year and a half ago this month, and the course of it has changed quite a bit since then. We were originally having treatment at an NHS hospital (non-funded, our views on people who try every trick in the book to get free treatment won't be mentioned here!) with Lauren carrying, using my eggs, and donating some of our eggs to an anonymous recipient who needed donor eggs to get pregnant . Not feeling that the NHS hospital was right for us, we moved to a private fertility clinic. We then discovered that using my eggs was highly advised against (I had 80 follicles and an AMH level of 108), and decided against it, as biology just isn't that important. We've had various set backs since then - having difficulty finding our sperm donor (we then decided to import from a foreign bank), having our egg recipient drop out, and having to postpone treatment after Lauren leaving her job.

We have been 'on the IVF journey' with nothing really happening, and no baby seeming likely in the near future, for so long, so all of a sudden it has dawned on us that we are very much on track, and the past few days it all started to feel incredibly real. We felt for ages like a couple who were talking about a dream that may never happen. But starting our injections has catapulted us into feeling like this dream might actually be on it's way to becoming true (fingers and toes and everything else crossed that it will)!

Lauren being on the pill was an odd feeling for us both - because 'officially' that marked us beginning our first IVF cycle, but apart from her popping an extra pill in the morning along with the supplements she already takes, nothing at all had changed. However, the clinic phoned midway through week two to give us the date to stop the pill, and then after being on the pill for four weeks, it was time to prepare to begin to start our injections. On Thursday afternoon we were booked in for an injection training session at our clinic, which interestingly some people on Twitter mentioned they had not been offered during their IVF treatment. We were unsure as to whether we needed training, as Lauren is a midwife she is very much used to needles! But we decided to go, as you can never have too much information, especially as it's me that will be giving the injections.

It's become a bit of a tradition to have a Starbucks on the way to the fertility clinic, and this was no different! (Caffeine free for Lauren obviously!) 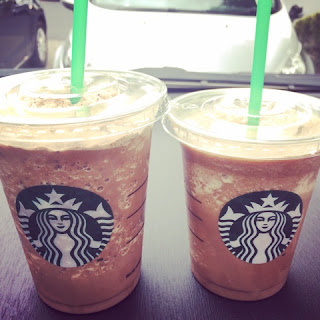 The first part of our appointment involved both of our bloods being taken. I was a little surprised I needed my blood taken too (especially as I had to pay £150 for the privilege!) but apparently it's necessary in case I have any diseases or infections that could be passed to Lauren.
It's funny to think that when you have a baby by fertility treatment, you have to both have blood tests, regardless of whether you will have a biological link to the baby or not, counselling, medical questionnaires, family history forms, scans, and your doctor is contacted to ask if they know of any social issues that would mean you would be unsuitable to be a parent. Whereas anyone else can have a one night stand with a random person and get pregnant!

Next we had to sign what seemed like endless consent forms. Some were for Lauren to sign, to consent to her own treatment and to donate half of her collected eggs to an anonymous couple. One was for me to sign that registers me as the baby's other legal parent, and one for us both to consider things like would we like to freeze any embryos that are made and aren't implanted. This was again a reminder that whilst only one of us is physically making our baby, we are on the journey very much as a couple, and are seen equally in the eyes of the clinic. It reinforced how we already feel - it takes two of us to make this baby!

With all of this out of the way, it was time for our training. I have to say, not being used to needles or injections, the training at first made me a little nervous. We have two sets of medication to be injected - the first, Gonal-f (to stimulate egg follicles) comes in a pen type needle already containing the medication, which needs to be kept refrigerated. You take off the cap, click the dial until the correct dosage is displayed, and screw on a disposable needle tip. We were also shown how to remove any bubbles but I didn't really listen to that part knowing that Lauren would be an expert!

The second one, Cetrotide (to prevent ovulation) comes in a liquid which has to be mixed with a pot of powder, then drawn back up into the syringe. This one looked a little more complicated! The nurse then asked if I wanted to practise injecting Lauren with an empty syringe. Well, I didn't really, but I also wanted to get the first time I did it out of the way, particularly when I had a nurse with me to point out any mistakes!

I was told to inject into the stomach, pinching the flesh about an inch away from the muscle. I was quite nervous, as I had no idea how much pressure I would need to put on the needle to make it sink in, but was relieved to find it was actually really easy. Lauren said she only felt a tiny scratch, although asked if I could give her a bit of warning next time, as I was so nervous I just pushed the needle straight in!
Overall the training made me feel much more confident about the injections, and we would highly recommend anyone going through IVF to take the training session if it is offered.

The next day was Lauren's first day of being off the pill (on a short IVF cycle you commence injections on day 2 of your cycle, so have to stop the pill, await a period, and then commence the next day) and our day off together. We spent the morning at a vegan street food fair which we absolutely loved. Such a great atmosphere and fantastic to be able to choose from any stall instead of looking for the veggie ones! 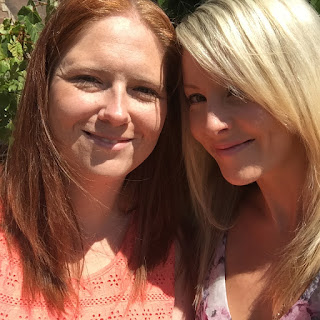 We tried jackfruit tacos, as they are something we've wanted to try for a while, as well as our usual vegan burger. We wanted to try the vegan pie and mash but it was just too warm and sunny, so we went for chocolate peanut butter rice crispie squares instead! 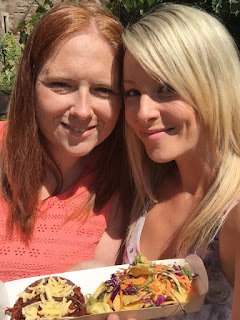 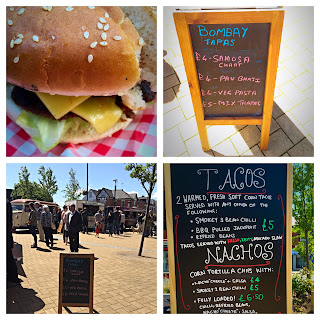 After eating our food in the sunshine, we then drove to our nieces second birthday party! Lauren had prepared all the food, so we took it all to the party, where Lauren's sister and her partner had organised a room full of toys, candy floss and slushy machines, a bouncy castle, a face painter and a party bus! It was such a fun afternoon, we also got to see Lauren's dad, brother, and two cousins, as well as experiencing a children's party first hand - we're still unsure about how a two year old has 40 friends! 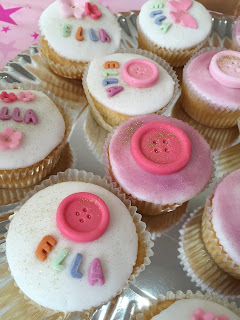 Monday was the first day of injections for us, and after waiting so long to begin treatment, we were strangely excited! I wanted to prepare the injection myself but checked with Lauren after every step to ensure I had done everything correctly! 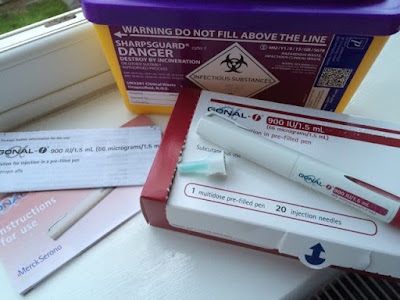