Our baby is: sprouting buds that will later form limbs. The beginning of a heart beat start this week, tiny little flutters should be seen on scan by the beginning of the next week

Our baby is the size of: an apple seed - very autumnal! 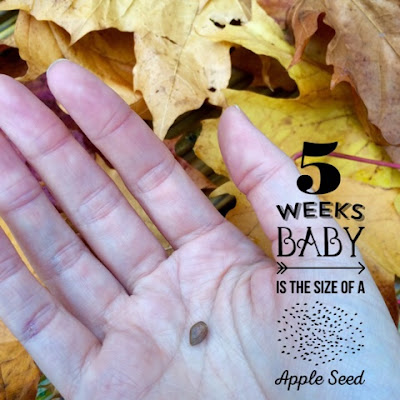 This weekend we had a trip to London, which after a busy week at work we were both really looking forward to. We decided to get the train, so we didn't have to worry about traffic or parking, and after a pleasant journey (well done for the vegan lattes, Virgin trains!) we were soon in the capital.

As Euston was busy with tourists, we usually walk from Euston to get the tube from Kings Cross/St Pancras. Especially as they are such beautiful stations! 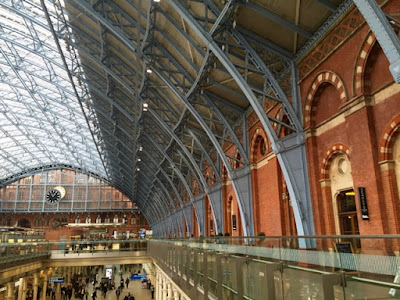 Our first stop was China Town - after visiting there with her Dad recently, Lauren was keen to show me the numerous dim sum restaurants. We ordered jasmine tea, sweetcorn soup, three lots of vegetarian dim sum, and a huuuge plate of chili tofu! 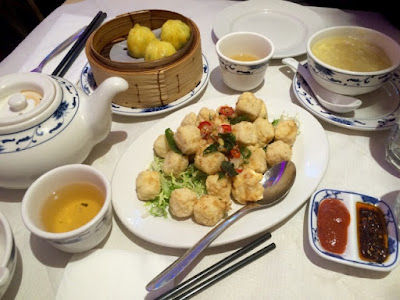 The food was delicious, and the restaurant was so much fun - very traditional and dare I say it…a little tacky (or is 'kitsch' the word?!) with lots of fairy lights and roses! Check out the sophisticated desserts! 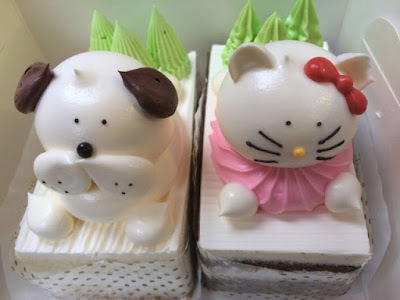 As the weather was a little rubbish, we decided to head towards our hotel, but got distracted by Westfield shopping centre which was extremely close by. After some retail therapy in All Saints, and obligatory Starbucks, we made our way to our hotel. We like to try out different hotels, and this time chose K West, in Shepard's Bush. The hotel is in the old BBC recording studios, and has subtle nods throughout to its rock and roll roots. The rooms were spacious, and the shower was great - two of our highest requirements! 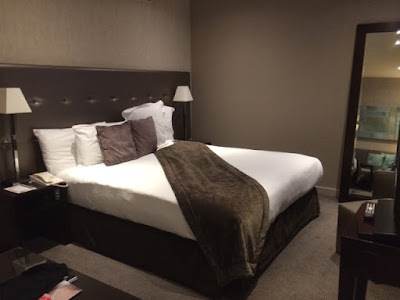 For dinner, we got an Uber to 222 Veggie Vegan, a restaurant we have visited quite a few times - once many years ago on one of our first trips to London, and again for our eighth anniversary. It's small and cosy, and the menu hasn't changed over the years but we love it. 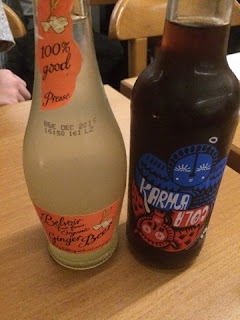 We had quite an early reservation, and aimed to have an early night that night, so we stopped off at Waitrose for some caffeine free tea for Lauren, before getting an Uber back to the hotel, cue much amusement when the taxi driver innocently asked if we were off out partying or to a club - erm, not exactly!!

The next day we had breakfast in the hotel, which although was enjoyable (and catered to suit my vegan diet), we felt the portions at K West were quite small - no one wants half a mushroom! They had also ran out of teabags, cue much disgust from fellow diners!

After checking out, we first stopped at the new Starbucks Reserve in Regents Street - however we couldn't really see what the fuss was, or how it was vastly different to a regular Starbucks! So we made our way to vegetarian lunch cafe Tibits, which we liked so much on our last trip we went twice! Your food is charged by weight - not great in our case! Worth every penny though - yum! 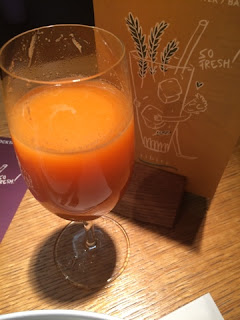 Our final stop in London was to the Baby Show, as we had been offered tickets, so went on a fact finding mission to see what choices we will have when it's time to start choosing things for our baby. We have a separate post on that soon to come, as it was such an enjoyable afternoon!

The latter part of this week bought a much less fun point in our pregnancy, when Lauren experienced some pain, and a small amount of bleeding, on Tuesday. It was the first time we have ever experienced any kind of fear since getting pregnant, and it was terrifying, in a sureal, filling-you-with-pure-dread kind of way. Lauren is a midwife, and said herself if a woman 5wks pregnant had told her she had had a few drops of blood, she wouldn't be worried at all. Likewise I Googled (I know, I know!) and found out spotting in pregnancy is very common, especially in IVF. But it's different when it's happening to you, or your wife, and we wanted some reassurance. So we have now done six pregnancy tests! The latest being pretty much the strongest results you can get - '3+ weeks' on a Clear Blue, and a First Response where the pregnancy line 'swaps' and is stronger than the control line. 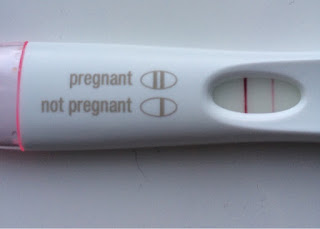 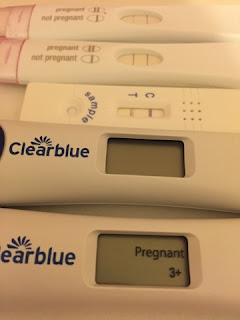 We had our first GP appointment booked for the next day luckily, so mentioned it to the doctor. She didn't seem concerned but booked us a scan at the EPU (Early Pregnancy Unit) for the earliest possible, which is Tuesday. She has also referred us to the midwives so we can arrange our first appointments, and to the hospital of our choice for scans etc. Such an exciting but surreal time! 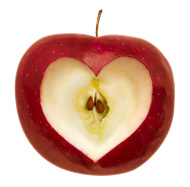