The only nightmare before our Christmas is by Tim Burton!

Our baby: can now kick, turn its head, and swallow. It's fingerprints are starting to develop.

Our baby is the size of: a peach 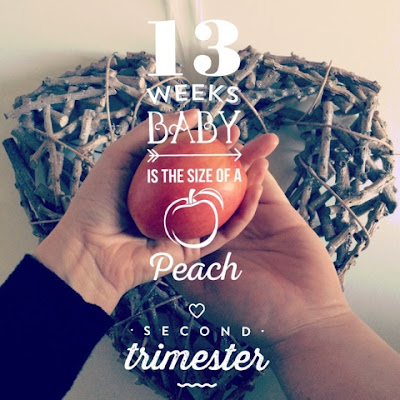 My favourite film ever is Nightmare Before Christmas. I have actually lost count of the amount of times I've seen it, but I never seem to get bored of it. You could start singing any line from the film and I could probably carry on to the end of the film!
Throughout the years Lauren has indulged this love - we have a Nightmare Before Christmas 2004 tree bauble (our first Christmas together), a replica of the town hall clock in the film that counts down the days to Christmas, and my 30th birthday cake featured Sally from the film (holding hands with Emily from Corpse Bride, another of my favourite films - a quote from it featured in Laurens proposal to me!). 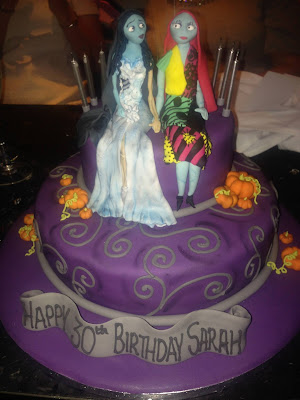 We were also lucky enough in 2013 to get tickets for The Music Of Tim Burton - a 45 piece orchestra playing music from Tim Burtons films with scenes from the film projected overhead. Danny Elfman himself came on stage to sing What's This - amazing! 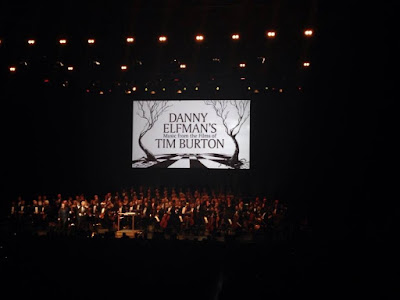 So when Lauren booked us tickets to another Nightmare Before Christmas event, I was super excited - it was the film in 3D! We had a sofa booked with a text message waiter service so it was a wonderful way to spend a date night. As an added treat, we were also provided with a box of treats, containing numbered enveloped to open at certain points in the film - a bottle of 'Frogs Breath', Christmas tree shaped cookies, a bauble containing candy floss 'teddy bears stuffing' and an edible playing card. We have to say though, although we love this cinema as its the oldest in the UK, there are ones that do the sofa/waiter service thing better, and we did expect a little more from the box of treats, although it was a cute novelty addition. 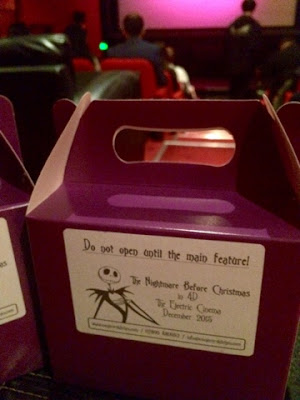 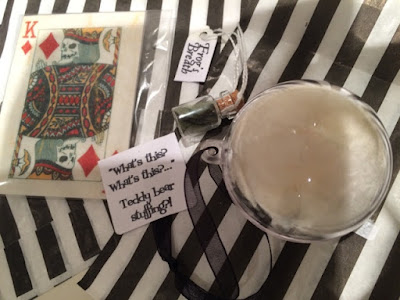 Such a fun night, and the 3D element of the film was brilliant. This was especially effective in the scene at the end when Santa gives Halloween Town snow for Christmas, making seeming like it was snowing in the cinema!

I don't think I'll ever grow out of this film, and I'm lucky enough to have a wife who indulges me in my love for all things Tim Burton.
And in case you were wondering, the answer to the below question is… 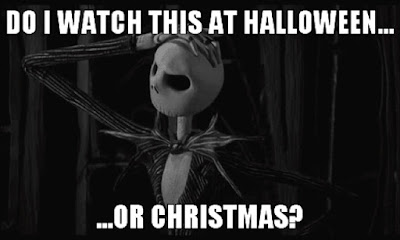