A little bit late being as we're days past New Years, but hey! It's been really lovely! We spent our New Years Eve at home, with Lauren cooking us an amazing three course meal. We don't often go out for NYE and this was no different - it's far better, in our opinion, to say goodbye to the old year and welcome in the new in the comfort of our own home, in PJs, eating food we have cooked! We both had New Years Day off work, which was a novelty in the jobs that we do, and so much fun.

We spent the morning organising our bedroom - an odd NYD activity but we want to declutter our house before our baby arrives! Especially as we will be converting our spare bedroom into a nursery, and our dressing room (complete waste of a room!) into a guest bedroom. So our bedroom was first on our list - we threw away a ridiculous nine black bags full of clothes, and have another two to sell on eBay!

After a job well done we ventured into Birmingham city centre to the cinema. We saw The Danish Girl, a movie we had been looking forward to seeing for a while since we saw a preview,  portraying the true story of the first ever successful gender reassignment surgery in the 1930s. The film was beautiful - beautiful sets and wardrobe, and perfect, spellbinding acting from the lead characters Eddie Redmayne and Alicia Vikander (who Lauren was a big fan of!) The ending was bitter sweetly emotional and left Sarah embarrassingly sobbing, we thought the film was amazing. We continued our date by going for dinner afterwards to an Italian restaurant nearby, and discussing the film. We have decided that we will definitely be doing both of these things again, the cinema was quite busy but the restaurants were all very quiet! 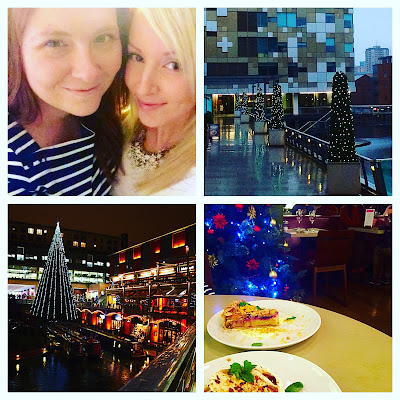 Such a wonderful New Years Day - we think it was our favourite one out of our 12 spent together. We came home to hot chocolate and peppermint bark - a lovely end to a perfect day! 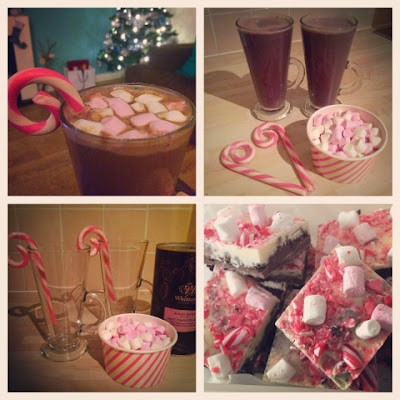 We have never been big drinkers and always find it boring that most people spend New Years Day recovering from hangovers and doing little else! We have definitely decided that we want to make a tradition of doing something fun on New Years Day to start the year - and are currently thinking up baby friendly ideas (or maybe giving the baby to it's grandparents for the night while we enjoy much of the same as above!)

And so, it's here - the new year. Last year was what felt like the fastest year ever. All of a sudden it's January, 2016, and our baby is due is less than six months. That's crazy. It seems like only yesterday we were waiting to start the process, waiting for clinic appointments, scans and blood tests, waiting for period to start and to be matched to egg recipients, and then for our embryo transfer date. When you're waiting for IVF it seems like it takes forever, then when it starts its like time speeds up! It still has not sunk in that the baby we have seen a couple of times on scan pictures is actually inside Lauren's tummy. Or that in less than six months that baby will be here, in our arms, in our house, in our hearts. It will need feeding, and changing, and caring for. And none of that seems scary, firstly because it's so surreal, but also because we feel so ready. That said, I'm sure when the realisation hits us, it will be hugely overwhelming!

This year is full of anticipation for us. April sees Laurens 30th birthday, June is our due date, July is our 3rd wedding anniversary, and September is our twelve year anniversary. It very much seems like the start of a new era.

And as for baby news? We have booked with our region's home birth team - this means that all our antenatal visits will be at home (with the lovely midwife we chose to be our midwife, one of Laurens good friends). As a midwife Lauren knows that birth plans often tend to go out of the window - ideally we would like a drug free home birth, but are perfectly okay with that becoming a hospital birth with epidural, or a c section! But for now we are looking forward to our home birth care. We had our 16wk appointment on Wednesday, at home, with our chosen midwife and it was so lovely. There was tea, cake, and it may have ran, erm, slightly over the allocated time! We agreed we will always be her last appointment of the day, as there was far more chatter and laughter than there probably should've been. But everything is fine pregnancy wise, blood pressure etc normal, phew.

The midwife commented on how much better Lauren looks, and I have to say she does. She went through much of the first trimester looking and certainly feeling pretty dreadful! The sickness, tiredness and general yuckiness of the first trimester was hard on her that's for sure, and probably wasn't helped by the fact that the only food that would stay down was pretty bland, plain, carbs. Bread, pizza, crisps and pasta! But this week has been a real turning point, the sickness has almost gone, and she has been craving - fruit! Cold, fresh, juicy fruit, and lots of it! Her aversions to most vegetables are disappearing, and is now able to focus on eating well again. And as a result, I keep telling her she's starting to have a beautiful pregnancy glow!

We also had a lovely little peek at our baby again today thanks to Lauren's friend who is a sonographer. She scanned Lauren at 12 weeks, and invited us back at 16 weeks so that we got an extra little peek at our little munchkin before the 20 week scan (8 weeks seems like such a long time!)

We may have (OK we did!) found out our baby's gender! We've decided to keep it as our little secret for a few weeks longer though so will be telling everyone at the usual 20wk stage. It's so exciting, now we know which of our chosen names we will have, what colour clothes/nursery items we can buy, and feel like we can get to know our little one a little better!

Scans are such a magical time. Lauren isn't feeling any movements yet, and the sickness has really calmed down this week. And although she has a cute little bump starting to form, we are still in that "this is so surreal that we are having a baby" stage. So seeing our gorgeous little one on scan is just like pure magic. We got to watch it stretching, yawning, sucking it's thumb and kicking away in there. We could sit and watch it for hours! Afterwards we both felt like we were in a bit of a dream, and couldn't stop talking about this little person and who they'll become and what they'll be like. We decided to go out for lunch to celebrate, and so of course chose the place we went to on embryo transfer day. It was amazing to go back to Giraffe, remembering that the last time we were there we were full of hopeful, nervous energy about this little bundle of cells that was about to be transferred to my wife's uterus. And here we are, 14 weeks later, it's amazing and magical and surreal! 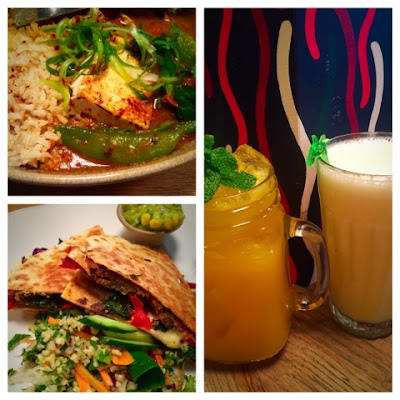 We think we will do maybe a couple more weekly pregnancy updates and then switch to monthly - which seems odd to think there will only be a handful of them before baby arrives!

Symptoms: shortness of breath - apparently caused by the womb pushing the lungs up

Our baby: has fully formed joints and limbs - and may be sucking their thumb (as we saw ours doing at our scan!) They are also starting to listen to us, due to tiny bones forming in their ears.

Our baby is the size of: an avocado 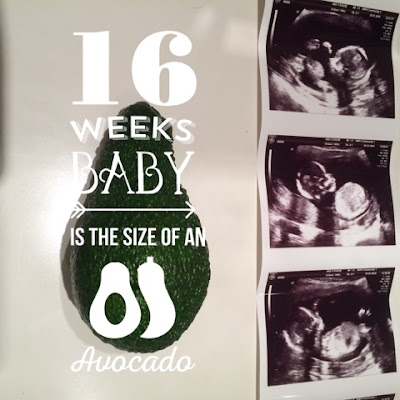