Not your usual pregnancy diary

Pregnancy is magical, there is no doubt about that. Especially when you've been through fertility treatment or struggled to conceive, pregnancy is the holy grail. A beautiful ideal, that fills your dreams in sleep, and all of your waking thoughts. And when it happens? Mainly, its wonderful. Its exciting, amazing, emotional, and completely surreal.

You only need to look on social media to see hundreds of posts gushing about how wonderful pregnancy is. And it is. But the other side, is that life goes on... with all its ups and downs. Of course on social media, people like to mainly talk about the good bits, which we've seen with people we have got to know over the years, with some elaborating more than others!  However, this blog is a journal for us first and foremost, and we wouldn't be true to it if we said the past few months have been nothing but sunshine and rainbows. Because after all, you need rain for a rainbow, right?


Lauren's first trimester was full of anxiety, and was physically extremely hard on her. With two massive bleeds, and continuous bleeding for the first 8 weeks, then horrendous sickness whilst working 12hr night shifts on busy hospital wards, it didn't leave much room to cherish being pregnant. We have to say, it was pretty miserable for her. As someone who has longed to be pregnant since she was a little girl, she didn't expect to dislike being pregnant so much!

The second trimester, bought relief from those things, and allowed us to concentrate on life a bit more. However life includes good and bad, and what people don't often talk abut regarding pregnancy, is life goes on, and that includes the rubbish bits. Our second trimester began late December and ended mid March, so has taken up most of 2016 so far.

Laurens work is exhausting at the best of times, but her new job involves a lot of travel, which has really taken it out of her. Ultimately although she sometimes enjoys her job a great deal, she has definitely had serious thoughts about whether midwifery is for her. I have felt for a long while that it no longer challenges her, and there is something better out there for her. She is extremely intelligent, but also very compassionate - we have discussed, though not in detail, other jobs that are relating to fertility/pregnancy that could be her next path, as well as completely different jobs. These feelings come at a good time - she is soon to have months off work for maternity leave, and that time may give her the chance to decided what she wants her next step to be.

Seeing the one you love unhappy is, as I have discovered, one of the worst feelings in the world. It's a lonely, helpless feeling, one that has increased my level of protection towards her to a fierce, sometimes over defensive one. My own job also takes up a lot of my time, with me being out of the house, 11hrs a day, 5 days a week. I have a department to run, which has definitely been at the bottom of my list of priorities. While the worries of the bleeding/sickness of the first trimester, and the crashing back to reality of Lauren being unhappy in her job, has taken up pretty much all my head space, my work is beginning to become more of a focus now my head is clearer. We have also planned the start date for Lauren's maternity leave, so that she finishes slightly early than originally planned, now finishing at 34 weeks, to give her lots of chance to relax and focus on the last few weeks of pregnancy stress-free. We haven't finalised how much maternity leave we will both take - I will definitely have a month off when our baby arrives, and Lauren will definitely have a four months off to begin with. I may have another month early next year, and have thought about working slightly less hours by working one day less a week.

We can't say the second trimester has been the best time of our lives, as our work has taken over a lot of our thoughts, which is a shame. Pregnancy is huge, in ways you don't consider. We know it will completely change our lives in 12 weeks time, but we aren't exactly certain how!

However the pregnancy so far has given us a lot of light during dark days, including the following amazing moments:


The bump! He is growing week by week and we are both loving Lauren's ever changing shape and expanding bump. She makes a very beautiful pregnant lady! 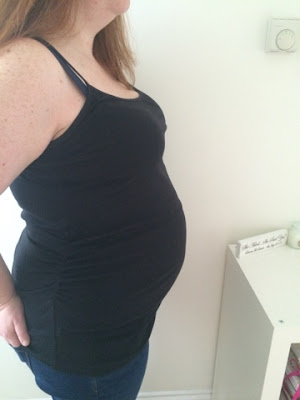 Gender Scan and 20 week anatomy scan. Both of which confirmed he is a he, which initially came as a surprise for Lauren, but the reality is we've both always wanted a boy, so feel incredibly lucky to have our dreams granted. Roll on dinosaurs, trains, outdoors adventures and so much love! 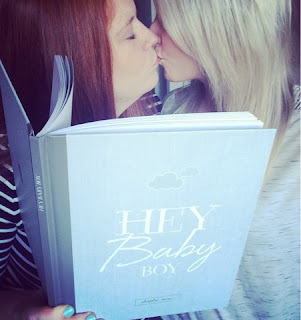 Kicks (Lauren felt on 24th Jan and Sarah felt on 2nd March). The first time it happened Lauren was lying awake while I was sleeping, and felt a 'pop pop pop' in her tummy, and knew instantly it was our son kicking. It took another 5 or so weeks before he was strong enough for me to feel, but now I love to feel him every night, kicking and rolling and squirming away! 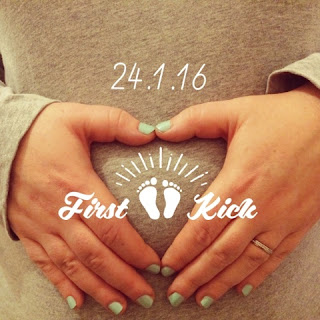 We also had a really lovely last Valentines Day as two, and our first Mothers Day with a bump! And Lauren started pregnancy yoga, which she knew she wanted to do even before she was pregnant. This really helps with getting some calm, and mindfulness in her hectic life, and is also great preparation for labour as they do a lot of 'practice contractions'. We'll see what the practise translates in to in about 12 weeks time!


And so that brings us to the final countdown, otherwise known as the third trimester! It seems brighter, busier, and more positive. It brings Lauren's 30th, amongst other lovely things, and the start of Lauren's maternity leave in late May, which will bring a lot of peace and happiness to us both.
We have so much we want to do, we now understand the popularity of 'Third Trimester Checklist's. So we started our own!

* We need to get a tumble drier - we never needed one before but have been told we will when baby arrives!

*We want to book another acupuncture session - we went religiously and often throughout our IVF and early pregnancy - we can't prove it had physical benefits but it definitely had mental ones, and think it would be hugely beneficial in preparing for labour.

*We want to plan a babymoon somewhere together. We love travel, and want so much for our son to inherit our sense of wanderlust, but before he arrives and we get to explore the world with him, we want one last getaway, just the two of us (and maybe Willow!).

*We want to visit The Baby Show in May - we want to buy our pram there, to find a natural baby toiletry brand, and get some bottles suitable for switching between breast and bottle feeding with expressed breast milk. Plus we love Baby Shows!

*We need to turn our dressing room (ie waste of a room!) into a spare room, as our current (much used) spare room will become our nursery. Which leads us on to…

*Decorate the nursery! Like the spare room, it has been planned, and some purchases made, but we will start to put both room plans into action in April/May.

*Stock up on basics. We've been told that however many baby vests, blankets, and hats we buy, it won't be enough! Close to the due date we also want to make sure we have lots of things like nappies, breast pads, thank you cards & stamps, and easy to make foods so we don't have to go out to the shops a lot when baby arrives!

*Write a birth plan. We weren't really sure where to start on this one - as Lauren is a midwife she knows that you can't really plan a birth, and that people who are determined to birth in a set way usually end up having the opposite experience! That said, we realised there are a few guidelines we have. We are aiming for a home water birth, but are very open to the possibility we may need to be transferred into hospital to the birth centre, or to have a c section. As Lauren is very knowledgeable, we want as little midwife intervention as possible. We want skin to skin to happen immediately, and in the event of Lauren not being able to breastfeed immediately, we want to take in pre expressed frozen breast milk to the hospital so that our baby can have colostrum as soon as possible. We have talked about the practicalities, such as who will have Willow if we need to be transferred in to hospital, what our preferences would be for who cares for us, and then the things relating to labour like coping with the pain, how the placenta will be delivered and giving our baby boy Vitamin K (oral drops over an injection, thank you!)

We both feel like we are turning a corner and are able to start to put some of the stress of the second trimester behind us. It's easy to forget about it all when we are snuggled at home together, with my hand on Lauren's tummy, feeling our son kick below it. And with the sun finally starting to show in gloomy England it reminds us both that we have a very incredible and exciting future ahead of us. 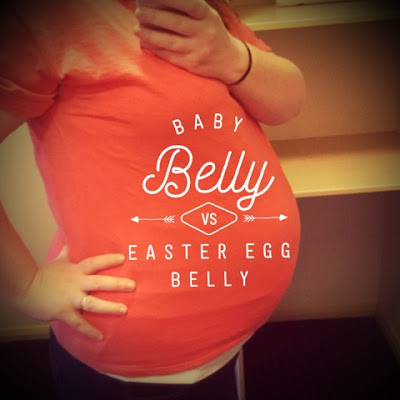