You may have seen the "Let clothes be clothes" campaigns flying around social media, often hand in hand with "Let toys be toys". It refers to the campaigns to urge retailers and consumers alike to stop stereotyping clothes, and indeed toys, in to genders, and instead to see them for what they are, items of clothing, and toys. As the saying goes "if you don't need your genitals to be able to wear it then it you can wear it regardless of your gender."

Obviously the opposers of this campaign argue that society has certain levels of acceptance and rules, and a little boy wearing a pink frilly dress would not fit in to this, and would be quite frowned upon. I remember seeing the campaign when I was pregnant with Oskar and talking to Sarah about how we felt about it. We both agreed that if our son wanted to wear an Elsa dress to a birthday party for example, because he liked it, or because his two older cousins (who are both girls and only slightly ahead of him in age) were both wearing one, then we would absolutely support that choice, and God forbid anyone say anything to our son about his choice of clothing. However on the other hand we wouldn't purposefully be dressing him in a pink cardigan etc just to make some kind of point. We were happy that our views fell fairly in the middle of the argument, and that like most things, we were able to agree on where we stood.

It wasn't until Oskar actually came along that I realised just how strongly I feel about the idea behind letting clothes just be clothes. Like most new parents, we were inundated with visitors in the days and weeks following Oskar's arrivals, and as is fairly customary in our country, most people brought gifts. Piles upon piles of beautiful clothing chosen especially for him, and 90% of them were... blue. 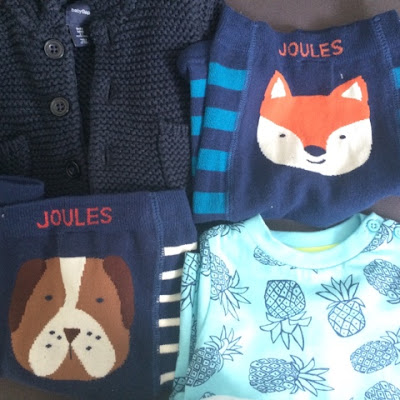 I've never been a particular lover of the colour blue, and I don't particularly like pink for baby clothes either, but it both surprised and then in turn annoyed me that because we had a new little bundle of joy that happened to be a boy, most of the things we received were blue. And this got me thinking, did well meaning visitors buy us blue because he was a boy or is it because when you go shopping for a newborn boy the vast majority of choices are of that colour. And if that's the case, why is it? And does our buying of that colour reinforce to shops that we do indeed want to comply with that stereotype, thus making them manufacture more clothes in the same colours. What we did, in fact, was dress our tiny new son in the fairly unisex colours of white and grey. In the tiny sizes there are plenty of these to find, catering of course for those people who choose not to find out if their bump is "pink or blue". 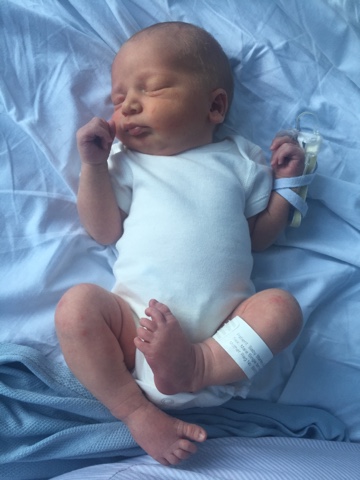 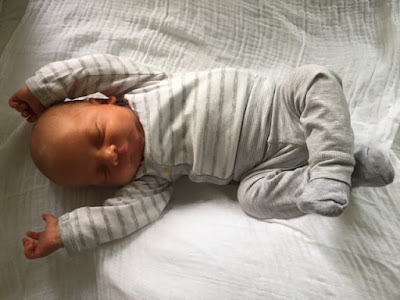 We easily had enough clothes for Oskar to see him through his newborn days and early weeks from the clothes we had bought in pregnancy, and it is only now at 15 weeks that he is fitting comfortably in to his 0-3 clothing. So last weekend Sarah and I spent some time packing away his tiny vests and sleepsuits and went shopping to find some clothes we liked in his bigger size. And this is when it struck me, again, just how much colour stereotypes are enforced on to genders, even as young as 3 months of age.

Each shop you go in to has a separate area for boys clothes and girls clothes. In the boys section you will find lots of jeans, blue t-shirts and sleepsuits of various shades of blue. You will find slogans referring to how strong your boy is, how cheeky, and how naughty in a "boys will be boys" kind of way. And in the girls section? Row upon row of pink dresses, leggings and t-shirts, slogans such as "as pretty as my mummy" and things about girls being cute and delicate. I couldn't help but feel sad that even at such a tender age we are emposing society's gendered stereotypes on to our children, when they aren't even old enough to understand what gender even is. Boys are strong, cheeky and like blues and sports and diggers, girls are feminine are delicate and like pinks flowers and teddy bears.

As we walked round the various shops we spoke again of our belief that our son does not and will not be required to conform to society's stereotypes and expectations, and for us that starts right now. We bought him some jeans from the "boys section" and we bought him some grey cord trousers from the "girls". Then we bought him a mix of sleepsuits, some with crocodiles and rockets on aimed at boys, and some with flowers and ballerinas on aimed at girls. 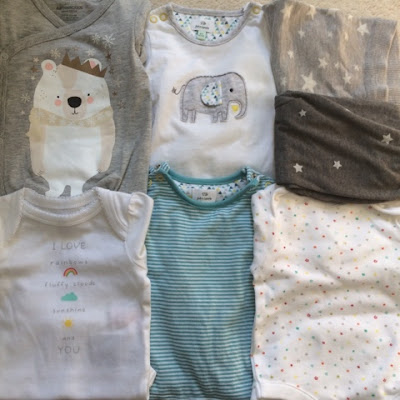 And then we bought him some fabulous glittery grey converse-type shoes, which are gorgeous and sparkly and cute. The clothes we bought are a gorgeous mixture of greens, purples, reds, whites, greys and oranges. No blue for us thank you! 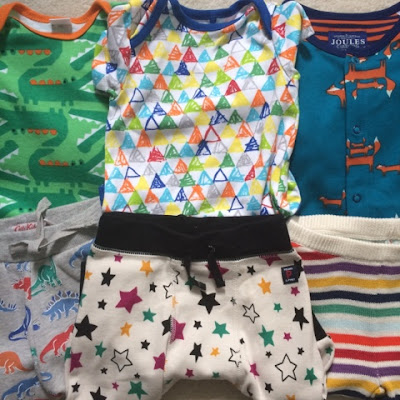 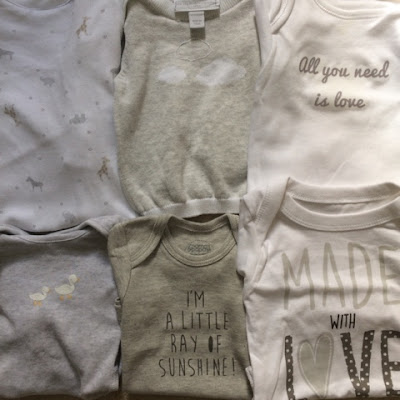 We will bring him up to value his own likes and dislikes, to know his opinions matter and should be heard, and that extends to the clothing he wears, the toys he chooses to play with and the colours he likes. And will we be disappointed if after that he still picks out some blue jogging bottoms, a t-shirt with a tractor on and wants to play football in the garden? Absolutely not, because that will be his choosing, not ours, not because we or society says he has to wear those things or do those things. So please, can we all just agree to let clothes be clothes? 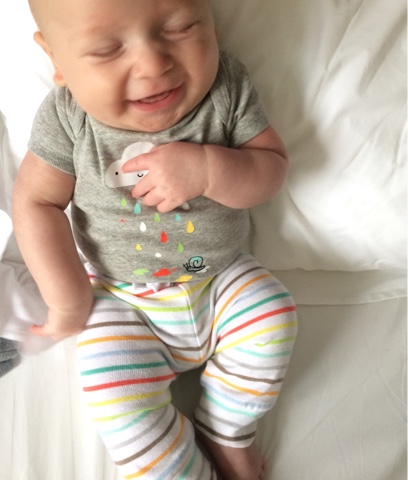 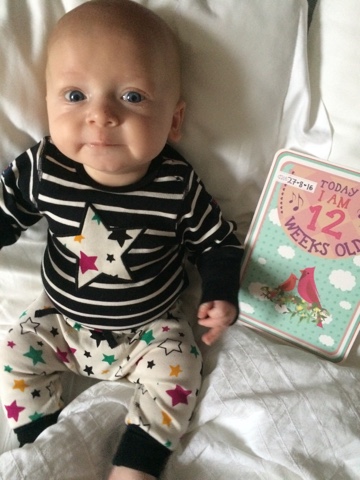 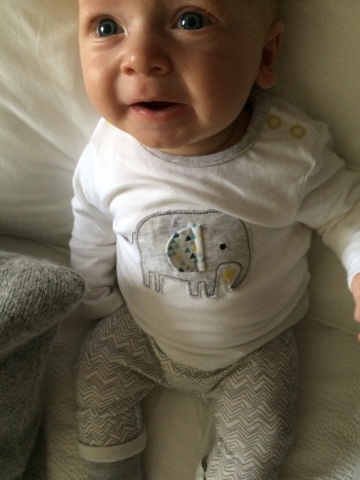 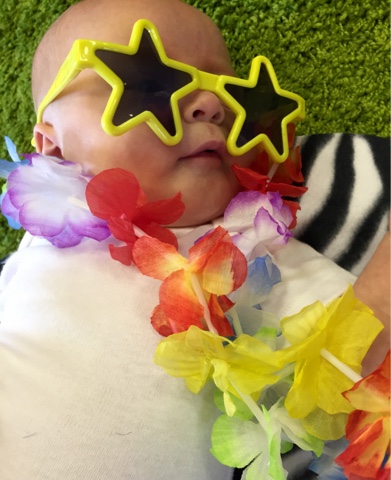