"Is his Dad good with him?" the woman asked me innocently. "Oskar has two Mummies," I replied, "but yes she's amazing. Oskar adores her". There it was, out in the open at baby music class. Oskar has two mummies. I have a wife. I'm homosexual. In the 21st century coming out doesn't seem like such a big deal as it did when we were teenagers. I can remember walking down the street with my very first girlfriend, aged 16, and being shouted at approximately every 10 minutes for being "lesbos". Back then it was still considered an awful, disgusting thing to be. Nowadays acceptance is much higher of course, we have gay marriage, we have equal rights for same sex parents including being able to both be on the birth certificate, and most fertility clinics welcome lesbian couples with open arms (the cynic in me says this is because this healthy fertile population of women who just need sperm makes their success rates seem higher). There are gay families on TV, in adverts, in magazines. It is seen as a different sense of normal, far removed from the seedy, negative image people previously had.

But there is something about telling people Oskar has two mummies that used to make me hesitate. I have never, ever been ashamed to tell people of my sexuality. It is a part of me, as much as my red hair and my curvy body and my love for sandwiches, it makes me up to being who I am, and I am proud of that. Even more than being proud of who I am, and I am ridiculously proud of who my wife is, who my son's mother is. But at the same time I desperately understand how it feels to be judged and not accepted for something you have no control over, and I desperately don't want that for my son.

I never want him to feel different, apart from in the way that it makes him unique and he should be proud of that. I never want him to hesitate when people ask about his Dad, unsure of their response when he says he's got two Mums, I never want him to feel what it's like to be isolated and alone because of who you are or how your family is made up. I guess I want more than anything for him to live in a world where it is as normal to have two mummies as it is to only have a daddy, or one of each, or live with your Grandparents, where every single family is seen as as normal and as equal as the other. 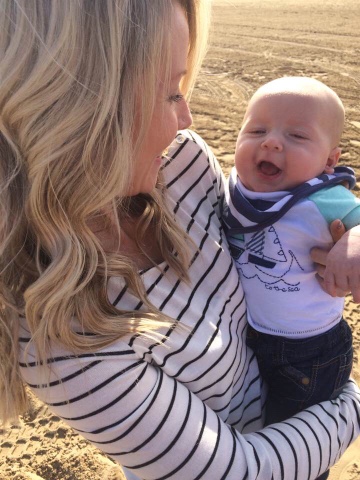 So right there, as I outed myself to our music class, I also made a promise to my son. I will never ever hesitate again when I say he has two mummies and when people ask me about his Dad I will tell them about his Mum. Not his "other" Mum, his Mum, as equal and as important as me. His Mum is amazing, she is smart and funny and beautiful and kind and courageous and he adores her. I want him to learn from me, and others to learn from him. When we sing "hide your eyes from Mummy, hide your eyes from little you, hide your eyes from Daddy" we just replace Daddy with Mama, or sometimes just Mummy again, and I sing it loudly and without hesitation. The wheels on the bus has the phrase "Mummies on the bus say I love you" and then "the Daddies on the bus say I love you too". So again I Sing Mummy and then Mummy again. 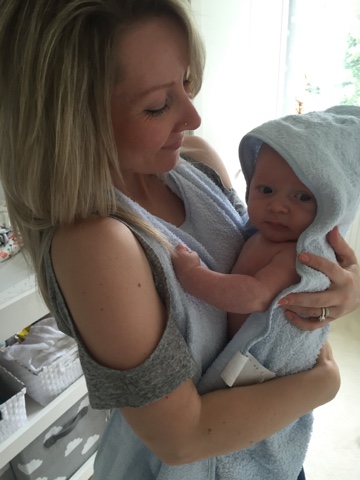 I have felt it on the other side too. Sarah is not his "other" parent because I gave birth to him, we are both his mothers, we are equal. She often is the one who holds in the sling, or pushes his pram when out. And all of a sudden I become the other parent, and sometimes I become invisible. People stop her and talk about what a beautiful little boy he is, ask her how old he is, if he's a good sleeper etc etc, and sometimes just glance over at me, assuming I'm her friend or her sister. And I want to tell them, there and then, I'm his mummy too, I got up last night 376 times to breastfeed him, I bathed him this morning and held him tight whilst rocking him to sleep. But people just don't seem to see it. Woman + child = mother. Woman + woman + child = ? 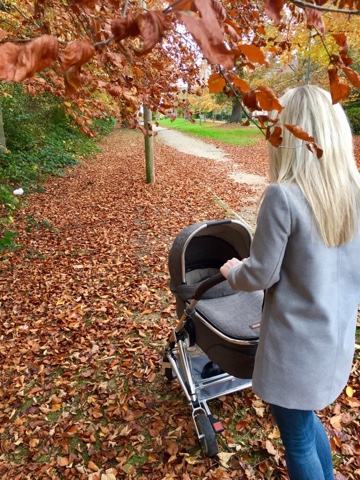 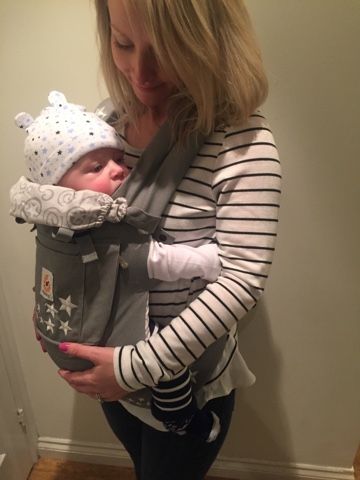 Maybe the route to the world seeing families like ours for what they are - normal, gorgeous examples of love is for us to live the changes we want to see. Maybe if we are out, at the park, in music class, walking the dog, going shopping, going on holiday, maybe when people stop us and ask about him, assuming whichever one is pushing him is his Mum and correcting them, then people will start to realise that love makes a family, not blood. Oskar might not have a Dad, but he has two wonderful Mummies who love him more than life itself, and I hope as he grows up he is as proud of that as we are. 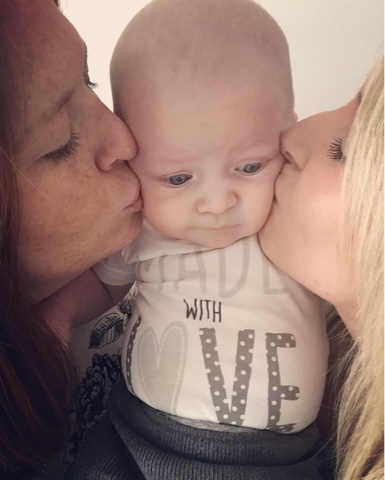