I'm sure we don't need to say that sleep is the biggest area of concern for most parents. You may be lucky that your little one has always slept really well, or you might be like us and have had months of your little darling waking hourly for months on end. As relaxed as we are about Oskar's sleep, realising it is all developmental and good sleep will come in time, it isn't always easy to remember this when you are utterly exhausted and are woken up, yet again, for the 10th time that night.

We have done lots of research on how to achieve better sleep for our baby and have implemented a few tips that we thought we would share. Not at all because we have cracked it, as I say, we are quite relaxed and are happy to let Oskar get there in his own time, but it might be that the couple of suggestions we have tried have actually seen him go from hourly waking to the now twice a night.

There are two main areas to look at where sleep is concerned. Firstly, getting your little one to sleep and then keeping them asleep for longer than an hour!
Firstly, we decided to start to introduce a gentle bedtime routine.

We knew that the traditional rigid routine of bath, book, boob, bed that works for a lot of people wouldn't work for us. We needed it to be flexible with timings, and include sleep cues specific to bedtime. We read books to Oskar all day long, and he has a bath whenever he needs one, so neither of these would indicate bed time to him. Instead we started to take him in to his room at around 7:45 and already have his nappy and pj's ready. Then we would change him in to his sleepsuit and put on his night time nappy ready for bed. Then we would clean his teeth, turn on his white noise (the same white noise he has been listening to since he was a newborn), and I'd lie down next to him on our bed to feed him to sleep, with him lying in his attached co-sleeper cot. The first few times of us doing this he would wake up about 30 minutes later and I would lie back down, feed him back to sleep and get back up again afterwards. He seemed to get used to sleeping alone for the first part of the night, because now he doesn't wake up at all, and we get a couple of hours to ourselves in the evening.
Before this, he was sleeping on me downstairs, and as lovely as this was, it meant i struggled to do anything, even drink a cup of tea!

The next area to look at was his frequent waking. Four month sleep regression turned in to eight months sleep regression and I literally woke up with him every 45mins-1hr for months on end. The room was warm but not too warm, dark but not too dark, quiet but not too quiet. He was greeted with love, cuddles and breastmilk every time he woke up. We seemed to have already counteracted every single possible reason for him waking up yet he still was. And then we realised something - he was always wet when he woke up. Part of us accepted it as one of those things, we had tried every single possible night time nappy we could, from a disposable in a larger size and the + version (and various brands at that), to boosting cloth nappies with various boosters such as hemp and bamboo. We had resorted to just having to change him in the middle of the night to make sure his clothes weren't soaked each morning.

With scepticism, the only thing we hadn't tried was different cloth nappies. We were told about a new type of cloth nappy to what we had been using, Totsbots Bamboozle. They are a super thirsty, super absorbent nappy with a waterproof wrap on top. Babipur​ stock a night time kit, comprising of two Bamboozles and a Peenut wrap, so we decided to give it a go. The designs are absolutely gorgeous, particularly the two new ones, Plop and Daydream. The wraps that go over the top also come in an array of the most beautiful designs, so if nothing else Oskar went to bed with a very cute bottom! 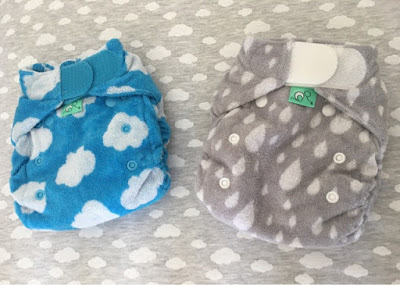 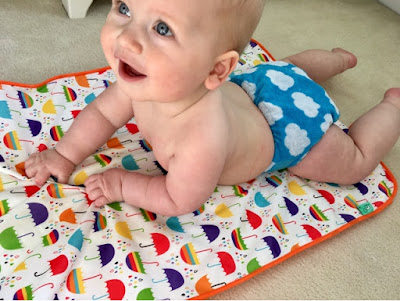 The first night we tried a bamboozle Oskar slept for 4 hours straight. I felt like I'd won the lottery! He woke up, had milk and fell back to sleep for another four hours. Repeated the same thing and fell back to sleep until 8am. I couldn't believe my luck! All from the change of his nappy we had managed to get him to sleep for a lot longer! In the morning the nappy was absolutely sodden, as we had come to expect with his night nappies, but because it was contained under the waterproof wrap, not a drop had escaped on to his clothing, meaning that he was obviously more comfortable. The addition of a Totsbots fleece liner meant the wee was kept away from his skin too, so that was perhaps the reason why he hadn't kept waking up. 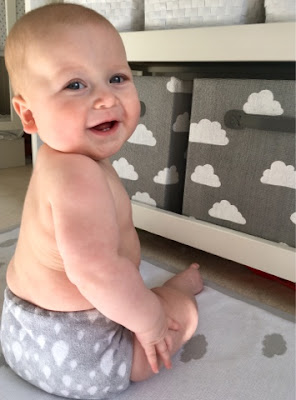 We repeated everything the following evening, the same going to bed routine, a bamboozle on the bum, and actually couldn't believe it when again he slept for 4 solid hours! Could something so simple as changing his nappy be the route of our sleep issues? Probably, because that's the only thing that changed.

We have been using the Bamboozles and Peenut wrap combination from Babi Pur for about a month now, and his sleep is remarkably better. They are slower drying than our other nappies so we find around 5 nappies is the right amount as that gives us times to get them washed and dried in time. Of course, he's a 9 month old baby, there are nights when he wakes up more, nights when he feeds more, is teething, nights when he wants more cuddles. But thanks to the nappies he is now not waking up because he feels wet, or because his nappy has leaked on to his clothing, and the night time nappy changes are officially a thing of the past. Hurray! 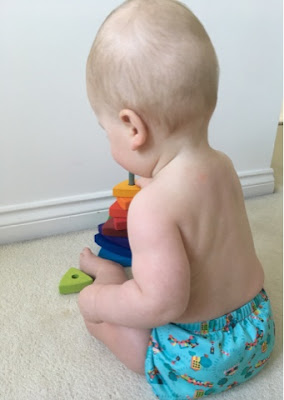 What Babi Pur says about the Bamboozle nappies... " Tots Bots Bamboozles are quite simply one of the best night time nappies around because they are so absorbent and fit so well. Bamboo is a natural fibre with loads of magical properties, it's super thirsty, breathable, naturally anti-bacterial, stays soft and is kind to sensitive skin. All this makes it the perfect night time nappy. This pack should give you 2 nights use, the Peenut wrap can be wiped clean between changes when not too soiled. Add some TotsBots boosters for even more absorbency." Totsbots Bamboozles can be ordered here. Any order placed with the code "buddy" gives you 10% off an order and all orders over £40 qualify for free delivery. 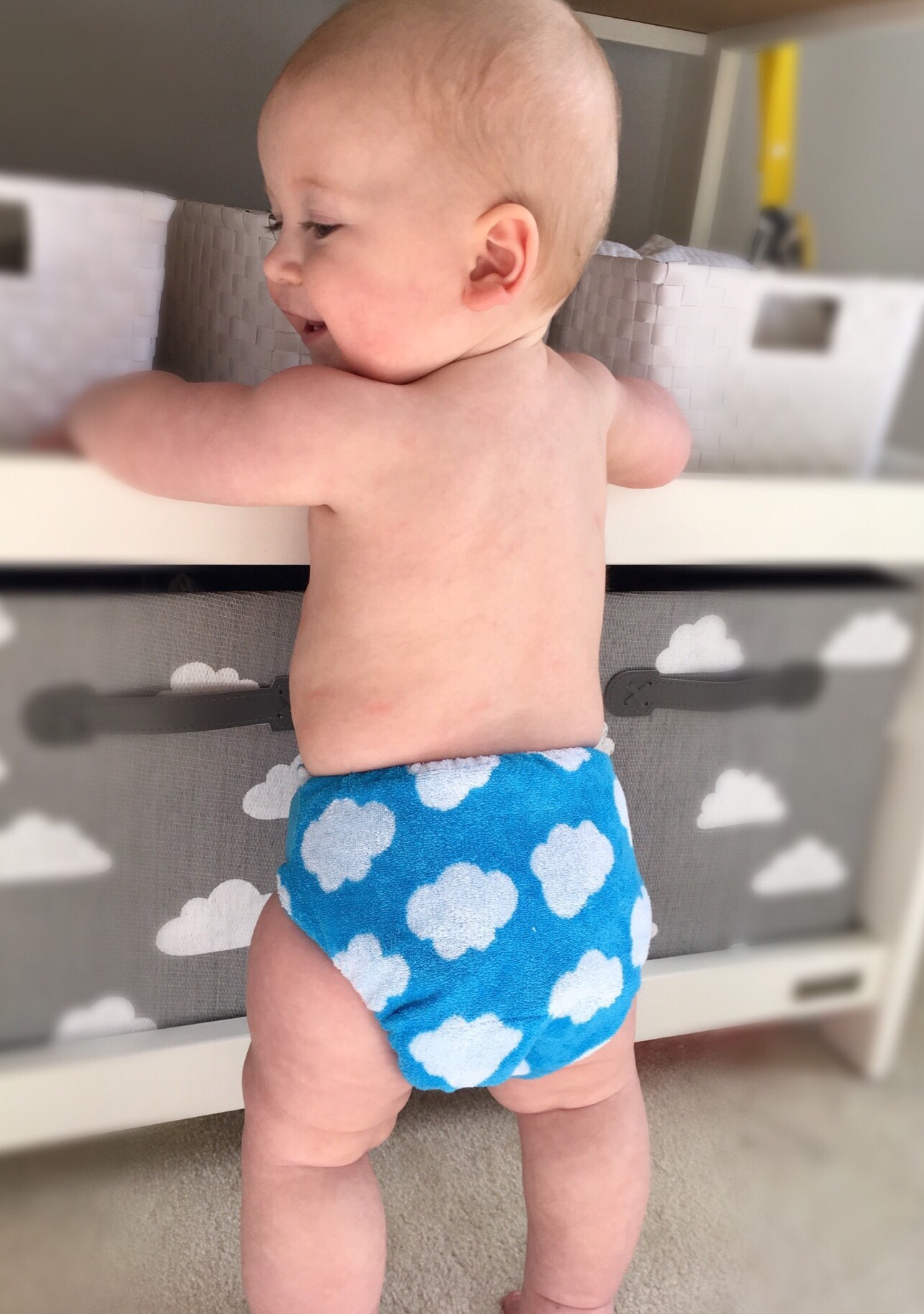 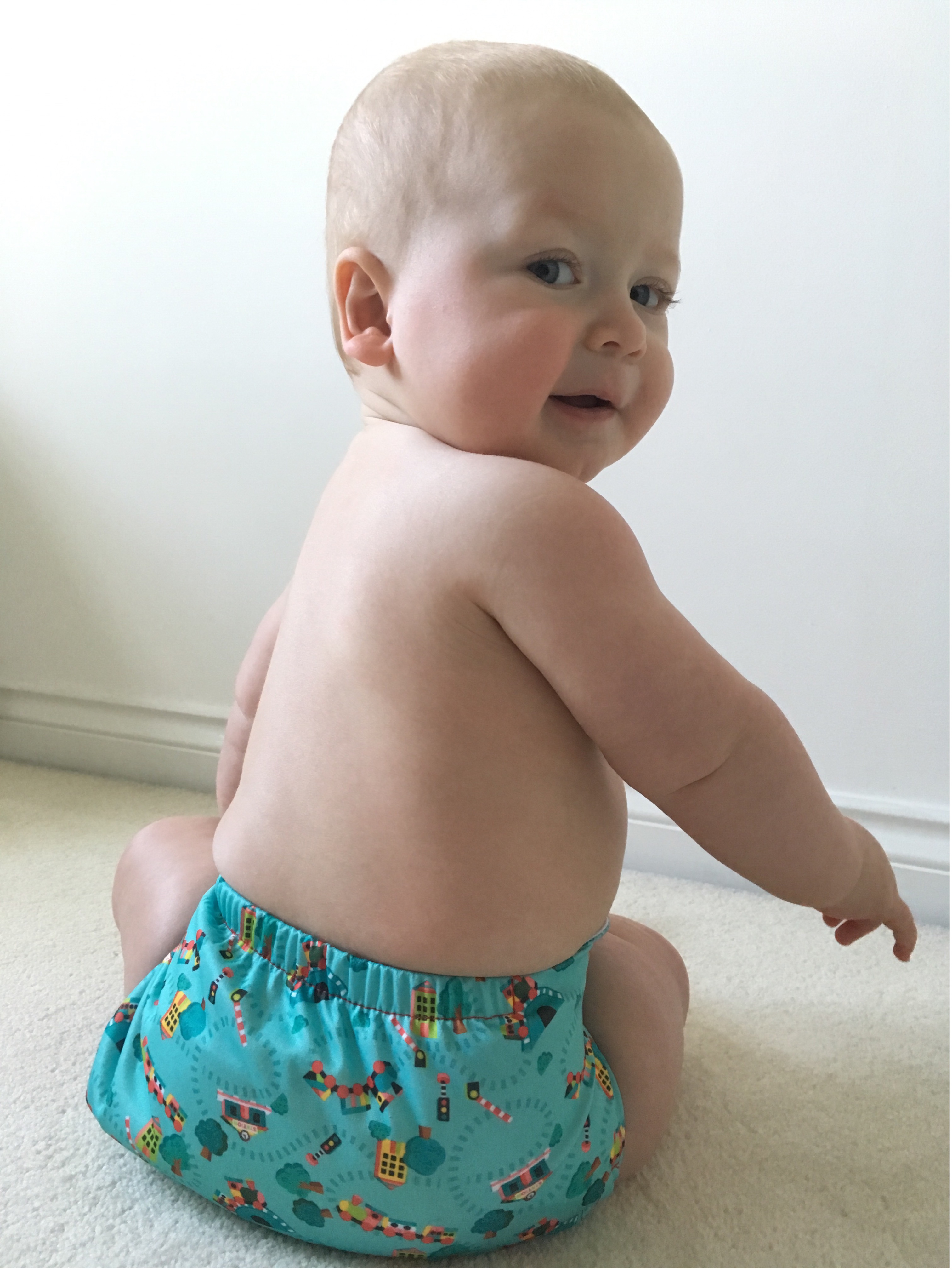